A peculilar stage-show is making it's runs in Soho, New York. The master of ceremonies, Sardu (Seamus O'Brien) speaks before the crowd prior to showtime:

"Now those of you who are weak-willed or cowards would have fled by now. Or regurgitated over the seats in front of you. But why? Really? This is just a theatrical presentation. A show which offers no reality, not a fraction, of reality. And just allows us, you and me, to delve into our grossest fantasies far beyond erotica. I am Sardu, master of the theater of the macabre. Tonight, we begin with torture." 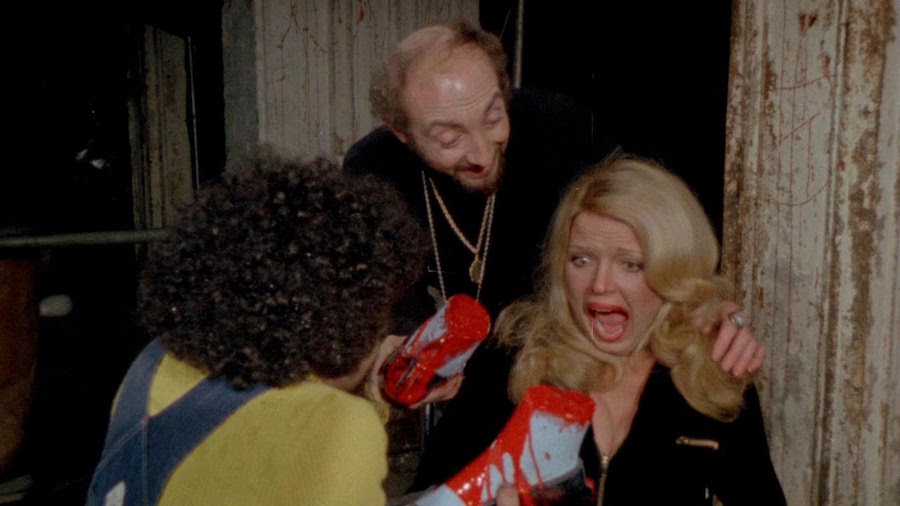 The show progresses with shocking sights that alarm the spectators. Nude, helpless women appear to be tortured and killed by fellow "Players" of the show. Diminutive Ralphus (Luis De Jesus), with the assistance of two scantily-clad women, takes gleeful joy on making the victims suffer agonizing and graphic torture. Some comments from the viewers afterwards: "It's just an S&M show", later says star Football player, Tom Maverick (Niles McMaster). "I don't review third-rate magic shows" says tough theater critic, Creasy Silo (Alan Dellay). But Sardu isn't amused at the remarks given by Mr. Silo (Even though everything appearing on stage is very much real) Yet, Sardu plays it safe by guaranteeing that his next show will be his crowning masterpiece which will incorporate the participation of New York's popular ballet dancer, Natasha D'Natalie (Viju Krem), the girlfriend of Tom Maverick. However, Silo makes the mistake of giving Sardu the cold shoulder in response to the idea. Bad move. 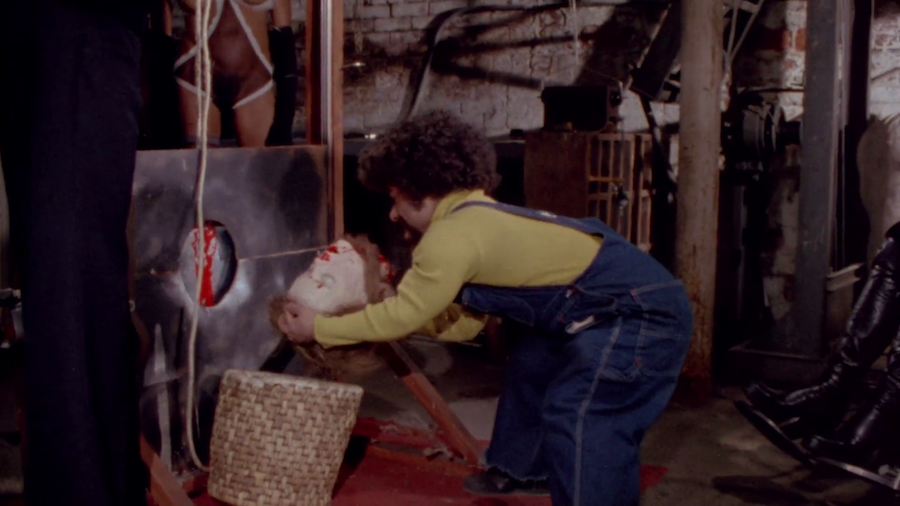 While visiting an art gallery the next day, Silo is drugged (Via Ralphus' blow-dart!) and kidnapped by Sardu's servants. Silo isn't the only victim. Natasha also falls prey to Ralphus' dart and is taken to Sardu's dungeon. More horrors of Sardu's lair is revealed. Such as the involvement of a white slavery ring which Sardu benefits greatly from. Come to find out, Sardu keeps the huge amount of profits of the slavery ring tucked safely away underneath the cage of monstrous, naked cannibal women! And since Natasha refuses to participate in Sardu's "Soon-to-be-successful" show, persuasion is forced upon Natasha by being forced to view more cruel, brtual "Acts" delivered by Sardu and company involving desmemberment,electrocution,and decapitation. Natasha finally gives in to Sardu--With the slight help of a hypnotizing whistle that Sardu holds onto. Meanwhile, right when Tom Maverick grows impatient about Natasha's disappearance, Natasha mysteriously appears and lets the public know that she's been rehearsing for Sardu's new act. Nevertheless, Tom had already involved the authorities about Natasha beforehand and he's hired the questionable Sgt. Tucci (Dan Fauci) for the case. Showtime is near, and Sardu unveils his new act entitled, "The seduction and the death of a critic", starring Natasha and Silo! Sardu had previously told Silo that he'll have a front-row seat for the show, but guess what he really meant by that? You figure it out. But before Sardu and his group of freaks can fully celebrate with the aftermath of the show, Tom and Tucci will try their best with the heroics in an attempt to free Natasha and bring Sardu to justice. But since this movie was already wild enough, don't expect this to end normal fashion. 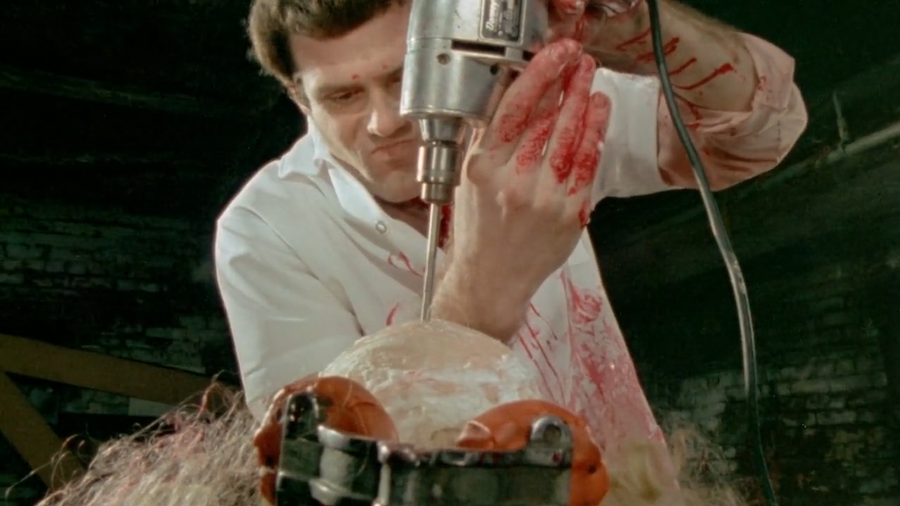 On the surface, it's very easy for some to dismiss Bloodsucking Freaks (Or "The Incredible Torture Show", one of the more earlier and faithful titles the film went by in it's initial run) but, as many defenders of the film have pointed out, there's a bit more going on than one would expect underneath all the nude, bloody flesh that appears in the film. What director Joel Reed has basically done is reinterpret A Bucket of Blood for the no-holds-barred 1970s right down to the "Killing-for-success" storyline. There's also the greed subplot involving Sgt. Tucci who's more hungry for money than respect,justice, or the truth (Which mirrors the Leonard character seen in the Corman film) Of course, there's no denying that differing (And possible stomach-turning) liberties have taken form in this incarnation. But even Reed knows how far the extremes have gone. So far enough, that many of the one-liners mentioned outloud by the actors indicate to the crowd about the constant humor that often goes un-noticed. There's visual puns galore like, "I'll bet you an arm and a leg" or "What's the matter, kid? Ever get a little head?" And even "Break a leg"...Oh wait, that doesn't actually happen! (Even though Ralphus was fully prepared to do it!) And even the extremes prove bothersome to the carnage-hungry duo of Sardu and Ralphus when they get upstaged and revolted by a scene-stealing cameo from an insane doctor (Played by Ernie Pysher) This brings me to the performance of Seamus O'Brien, who should be rightfully enshrined in the Exploitation-Hall-of-Fame just for this wonderfully, devious delivery as Master Sardu. The movie also benefits greatly from a mostly one-note look. Minimal sets/locations. Minimal costumes. Minimal music. In fact, it almost goes panel-for-panel in being a naughty, underground comic book. And when you get down to it, that's what this film ends up as. Pure comic-book heaven. If only more viewers would see it that way. But as it stands, there's still nothing else out there quite like Bloodsucking Freaks before or since.