Two Evil Eyes is a both a trick and a treat: a dual effort by two renowned horror directors; George A. Romero (Night of the Living Dead) and Dario Argento (Suspiria). The directors tackle classic tales by Edgar Alan Poe and give them a new twist. 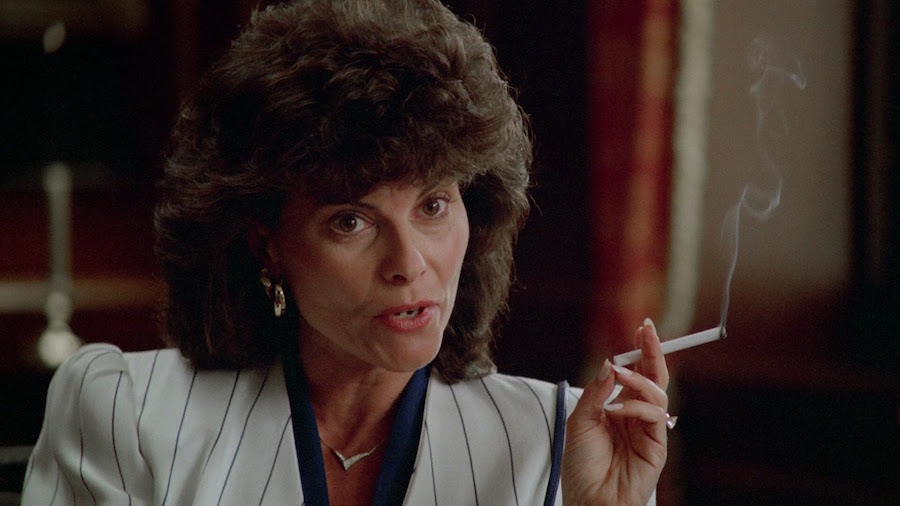 Romero’s one-hour segment is the first. Entitled “The Facts in the Case of M. Valdemar,” the story concerns a scheming wife Jessica (Adrienne Barbeau) who along with her lover Dr. Robert Hoffman (Ramy Zada) conspire to keep her much older dying husband Ernest (Bingo O’Malley) alive until the paperwork for his estate is cleared to go to Jessica.

A problem arises when Hoffman, who’s also a hypnotist, hypnotizes Ernest—and then Ernest dies unexpectedly. You see, because he expired while under hypnosis he’s trapped between two worlds! There’s a larger problem: the undead on the other side see Ernest as a gateway to re-entering the living world and we are assured that it won’t be pretty. 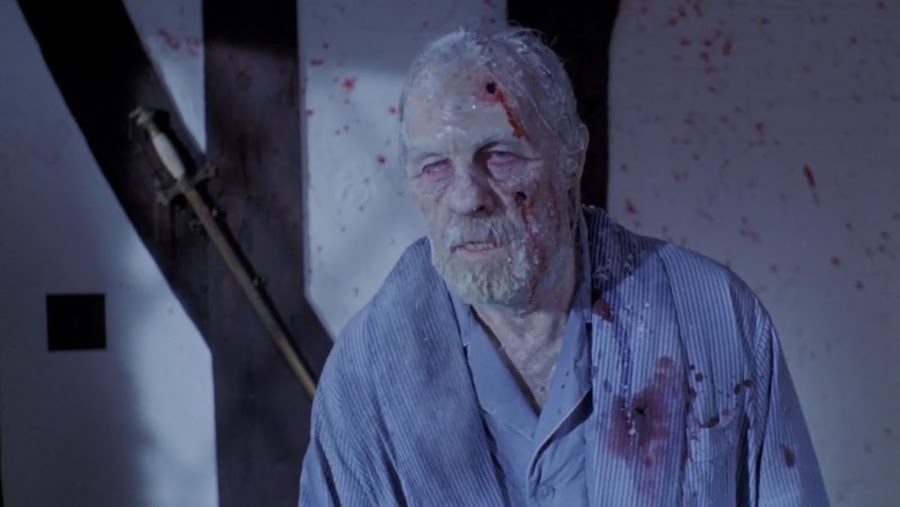 Argento’s segment, “The Black Cat,” constitutes the second hour. Rod Usher (Harvey Keitel) is an alcoholic crime scene photographer who aspires to be a best-selling author. His sensitive live-in girlfriend is Annabelle (Madeleine Potter), a musician. When a stray black cat makes its way into Annabelle’s arms, she’s smitten: but Rod isn’t. Whenever the cat see’s Rod she growls, hisses and screeches. When the cat goes missing it’s assumed that Rod had something to do with it: but did he?

A dream sequence lays out an alternative scenario. Hangings, bludgeoning deaths and a resurrected cat are a part of a mysterious vision in which Annabelle and a coven of witches preside over a bloody ceremony. 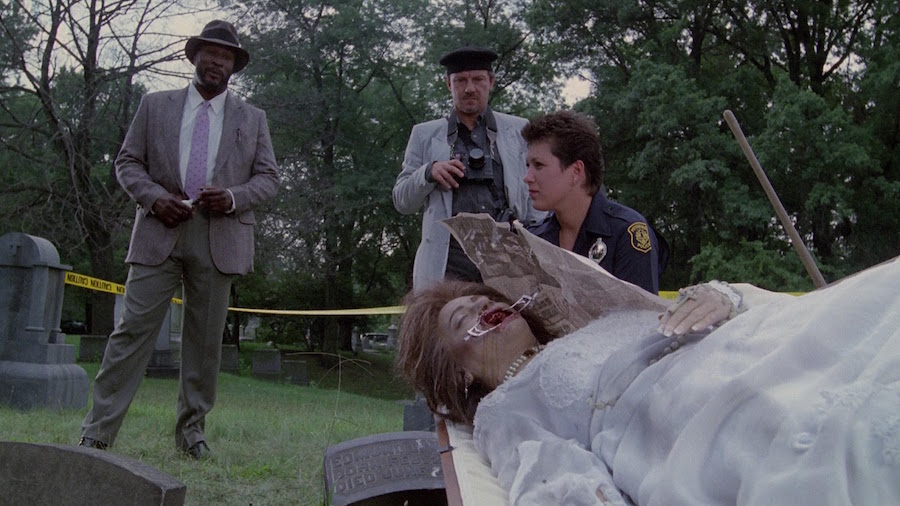 A sturdy addition to the long list of horror anthology films, Two Evil Eyes is a tribute to a great writer—copiously credited in an opening segment (even the Edgar Allan Poe Museum is shown). And the directors deliver the necessary goods: Romero returns to a story about the undead; and Argento fills his hour with blood, violence, gore and point-of-view photography.