< Brother On the Run

Part juvenile educational film (the perils of a life of crime), and part Blaxploitation film; Soul music, crime-centered plot, gratuitous sex scenes, Brother on The Run (AKA Man on The Run), offers viewers a peak at both black Middle Class Los Angeles in the 1970s, and two disparate African American main characters: one who adheres to the established rules and one who adheres to their own.

As fair-minded Grant “Boots” Turner, a college professor who comes to the aid of an old girlfriend, Terry (Abby) Carter is a triple threat: erudite, striking to look at and emotionally committed to character. Gwen Mitchell as “Boot’s” former girlfriend Maude (now a “good pay and short hours” work from home prostitute) is also remarkable. Wry, natural, convincing, and able to break down in tears with ease, Mitchell, too, exudes an air of competence. 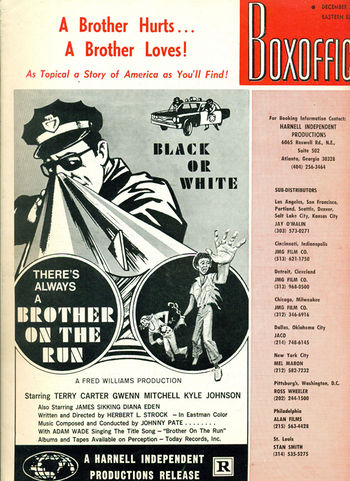 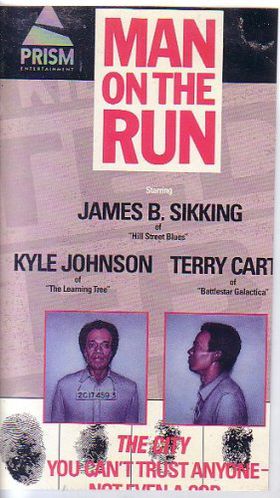 Less competent, but, nevertheless game, is the “brother” of the films’ title, Billy Cooper (Kyle Johnson), a well-meaning teenager who takes part in a bungled “Hi-Fi Store” robbery that results in the death of a shopkeeper. Clearly inexperienced, Johnson makes up for his flat line readings by doing what were promised; run: through streets, through parks, through backyards and back alleys, and alongside railroad tracks.

A cross dressing “john” who wants have a lesbian experience (!), an underworld-connected storefront preacher, and a bored in-need-of-some-lovin’ Beverly Hills housewife are engaging distractions. So are extended dialogue-less scenes of characters driving, chasing, hiding, fighting, and secretly observing others.

Add a “hip” animated opening and closing credit sequence; a fantastic Johnny (Shaft In Africa) Pate soundtrack—complete with a catchy theme song “Brother On The Run” performed by Adam Wade; and an apparent political point: the Los Angeles police department is patently corrupt and does not think that highly of blacks--in particular young black men, and you have a little-known low-budget Grindhouse film-with-a-message. Hard to find but worth a look.