Beach Of The War Gods

Beach of The War Gods (1973, HK) is a Martial Arts film directed by Raymond Chow. 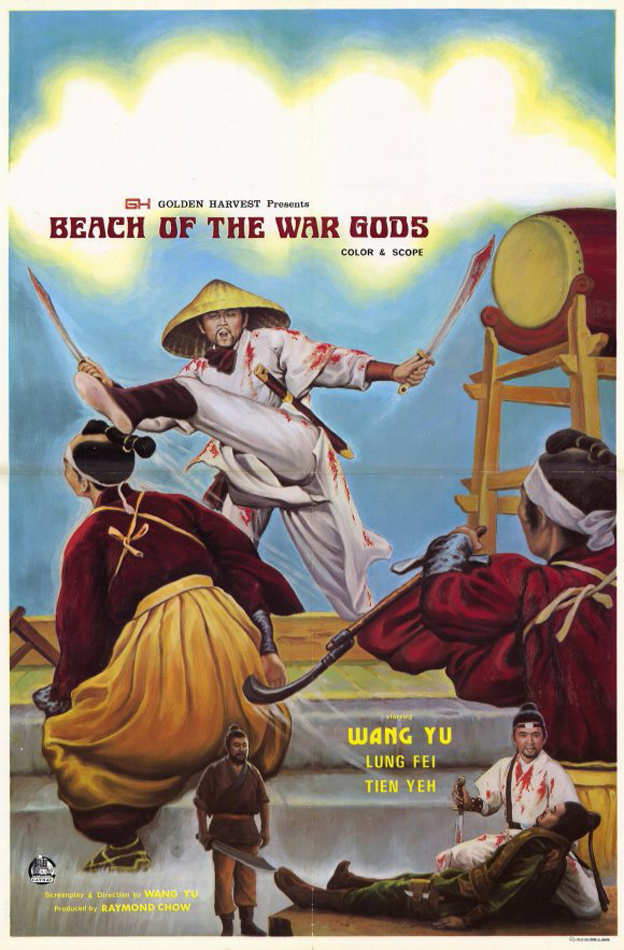 Japanese pirates are invading Chinese villages in 1565. Fortunately the super patriot Hsiao Feng swaggers into town, not unlike Mifune did in Yojimbo. The Japanese demand an extortionate amount of money from the villagers, and considerately give them ten days to come up with it, or be slaughtered. Hsiao suggests the villagers gather the young men from nearby villagers, while he travels inland to get help. With another nod to Kurosawa, Hsiao Feng gathers a band of skilled fighters. Chao Iron Bull, with his sword of toughened steel and an even sharper tongue. Knife thrower Leng Ping. Shield-weilding Thunder Fist Hung and Spearman Li. And they'll need all these skills and some trickery and lots of luck to boot, against their fearsome opponent, Captain Hashimoto. (HKMDB).