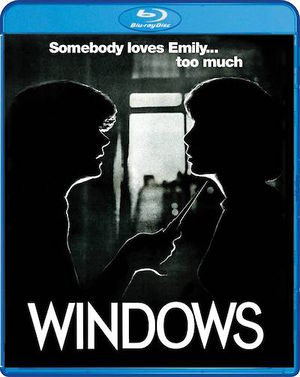 Synopsis: Shire is the subject of a perverse obsession by a Lesbian neighbor, Andrea, who not only is in lust with her but hires a rapist in order to get audio tapes of her moaning. Ashley turns pepping tom and watches Shire with a telescope as she begins an affair with Detective Cortese. Soundtrack by the legendary Italian maestro Ennio Morricone. Willis was the cinematographer of some of the most acclaimed films of the 1970s, among them The Godfather (and its sequel, The Godfather Part II), All the President's Men, Annie Hall and others. Windows would be his one and only attempt at directing.