Wild in the Streets is a movie that deserves every bit of its cult reputation. A true product of its time, coming in at the height of the counterculture / Vietnam / civil rights era and it shows. In fact, I thought it was going to be like Gas-s-s-s, another movie about youth taking over and running amok. Despite not having a post-apocalyptic setting of the latter, it does manage to take its insane plot and dial it up. 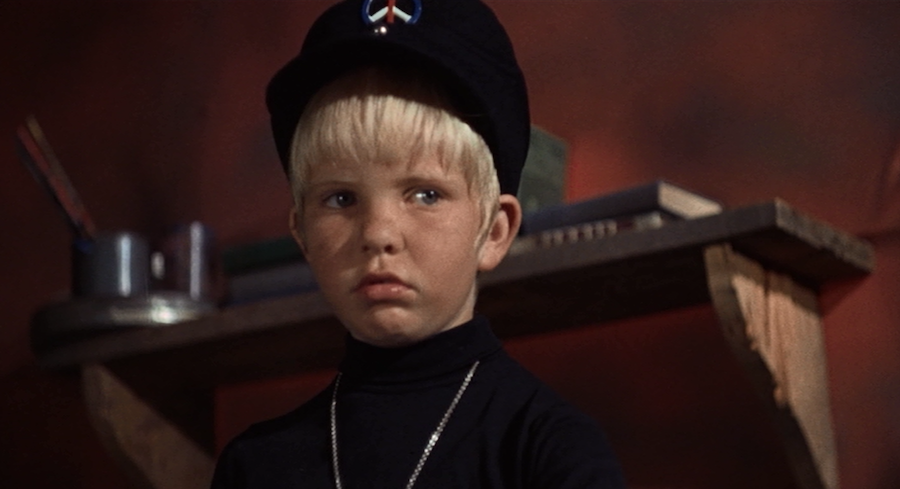 The story involves a rock star, Max Frost (Christopher Jones), who decides to clean up the mess of modern society over the course of the movie. Right from the beginning, we see him in a complicated relationship with his parents. In a series of escalating events beginning with his birth, we witness him showing early signs of anarchistic behavior.

Cut to a few years later, we see him as a world-famous rock star living in a huge mansion with his cronies (played by Diane Varsi, Larry Bishop and Richard Pryor). One of them being, a genius boy wonder accountant (Kevin Coughlin) who helps him amass a huge fortune. Generally they're having a fun time being hippie youngsters in short. 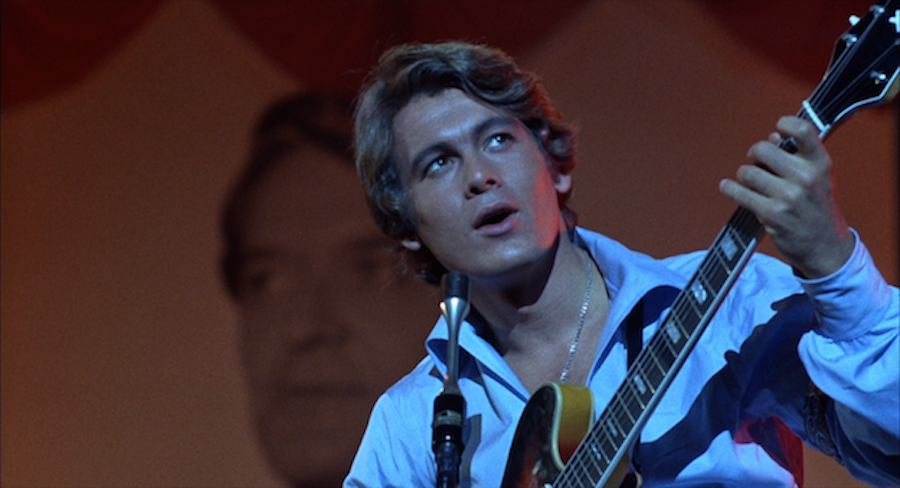 Things take a turn when a senate candidate named Fergus (played by Hal Holbrook) approaches Max to perform for his campaign. The basis of his campaign is to change the voter's age to 18. But Max, having plans of his own, takes this opportunity to create a moment which takes a life of its own. So begins his journey from a rock star to anarchist to President of the United States no less. As President, he comes up with some pretty bonkers ideas like a kid in a candy store. How this part comes across is something that has to be seen to be believed.

Even if the topic of the voting age is as relevant as ever, the movie comes across as a wish-fulfillment fantasy by the flower power generation. It's a comic-tragic movie that manages to touch upon many of the prevalent problems of its time, but thrown in a vat of LSD. 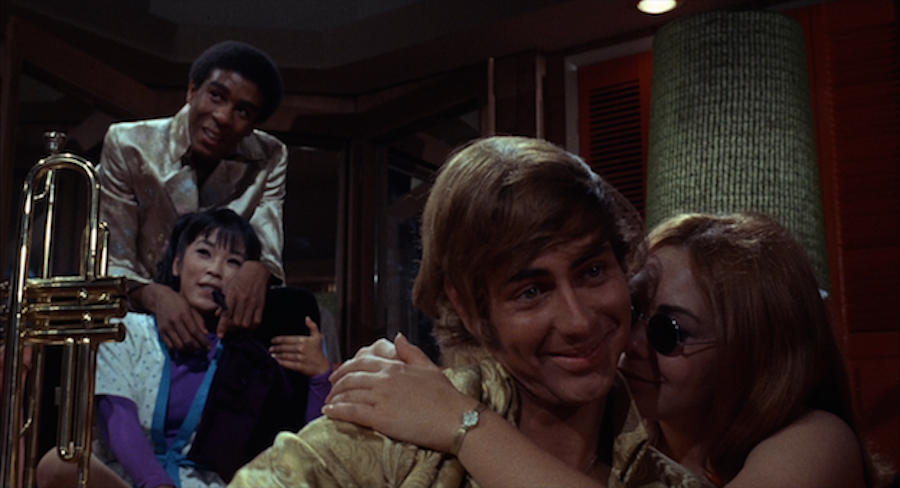 It almost feels like a bunch of youngsters got high and pondered on a simple question: If America or the world was completely under the control of the youth, what would happen to the elders? And mind you, according to the new lawmakers in the movie, anyone over 35 is elderly. The answer seems to be putting them all in concentration camps and keeping them high on LSD. Yes, folks, it is that kind of wish fulfillment movie.

It is amazing to see them rounding up the "elderly" and going full Nazi on them. "Hippy fascism" as Alan Moore put it in the League of Extraordinary Gentlemen comic, in a scene as a nod to this movie. 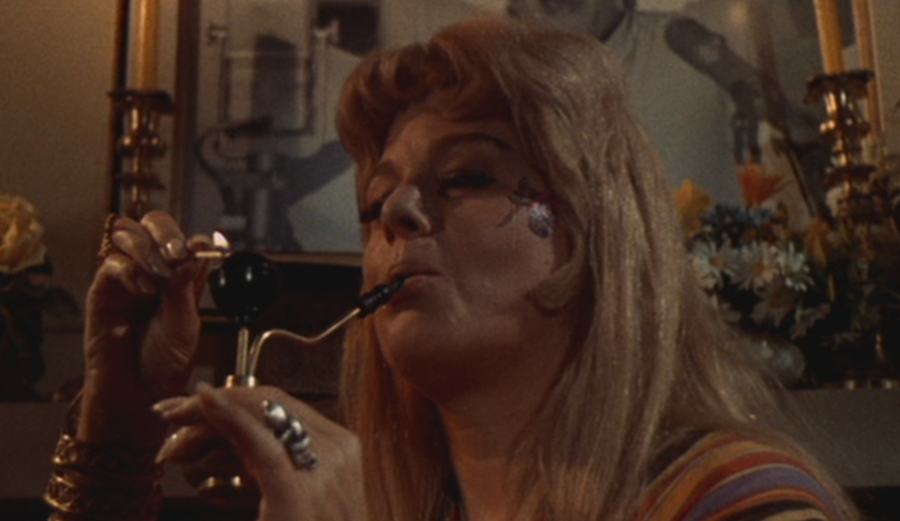 As the movie winds up with the youth having won, a surprising revelation and a new threat spring up from an unexpected area. It's when Max comes to the shocking conclusion that he has become old. Or at least old in the eyes of the next generation who are still only pre-teen children. This is despite the fact that Max and friends are just still in their twenties due to the very rules that they themselves created.

It was fascinating how the movie depicts the very people who work so hard to topple the establishment later become the establishment themselves. They have to either fight or live in paranoia from the next threat to the establishment they created. Max is like Robert Neville from I Am Legend who has been hunting down vampires all through the story, only to realize that he is actually the monster in the eyes of the vampires he has been trying to kill all along. 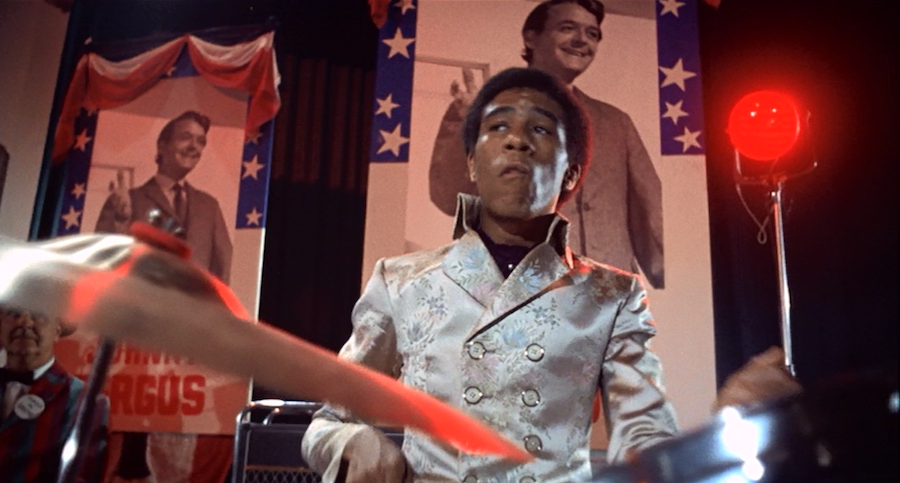 Considering how crazy the plot is, the entire cast manages to sell the movie pretty well. It is wonderful to see how the actors compliment each other. Christopher Jones is well cast as the rocker cum anarchist turned hedonistic president. Shelley Winters is pitch-perfect as his paranoid mother. Hal Holbrook (aka Deep Throat) is very effective as the scheming Senator having his own agenda. In fact, all the actors playing his band members are decent in their respective roles. Except, perhaps Richard Pryor who is, unfortunately, playing the token black friend role (a far cry from the comedy legend we've come to know and love). 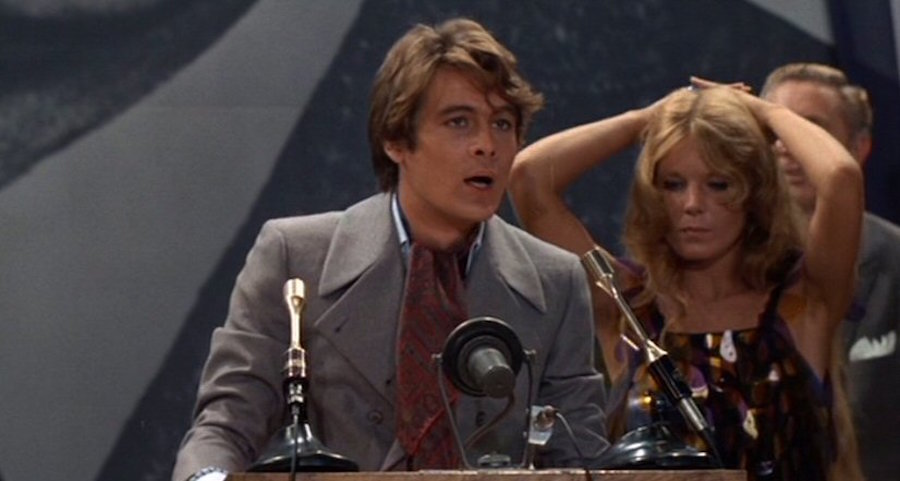 The problem with movies like these is that you often have to watch it in a very particular mood, not necessarily high but in a state of mind to take in an insane bonkers movie with a truckload of salt. That would definitely make it worth your while. To sum up, Wild in the Streets is a fun 60s counterculture fantasy that could be watched as a double feature with Gas-s-s-s.