What Have You Done to Solange?/Review

Before making the classic giallo masterpiece What Have You Done to Solange? Director Massimo Dallamano worked with the legendary director Sergio Leone as his Cinematographer on the international hit Spaghetti Westerns: A Fistful of Dollars (1964) and For A Few Dollars More (1965). In 1972 he co wrote this film with Bruno DiGeronimo based on an original story by Edgar Wallace. 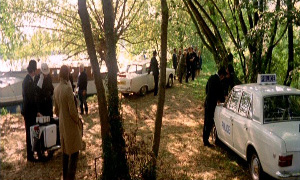 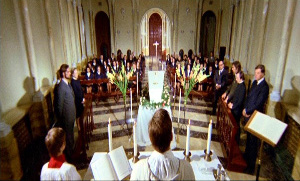 A couple float on a boat in a small lake on a beautiful day. As they kiss, the girl hears someone running through the wooded area on the shore. From a distance she spots a figure grab a young half naked girl by the shoulder and throw her down. The figure pulls out a shiny metal object and stabs the girl leaving her dead. The woman in the boat is not sure if this was something she imagined or real, but she cries out in horror. Her boyfriend Enrico Rossini (Fabio Testi) assures her it's nothing. After he drops her off she begins to have nightmares about the mysterious killer in the woods.

We learn that this young woman Elizabeth (Cristina Galbo) is actually a student at an all girls catholic school in London and Enrico is one of her teachers. Soon after the murder of the young girl in the woods near the lake, the police find her body and when Enrico gets the news he can't help but goto the crime scene and try to think of what actually occured.

There is another murder and the girl is one of Enrico's other students. The school is now held in a tight death grip and the police and Enrico try to figure out just who is behind it. Elizabeth keeps going over and over what she saw that day and she finally realizes that she saw more than what she had thought. The figure she saw on the pond that day wore a priest's robe. Now the police have a lead because the catholic school is run by priests. This begins to make complete sense, but which priest did it? 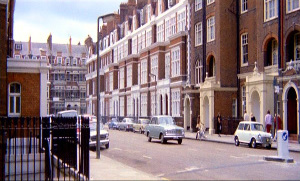 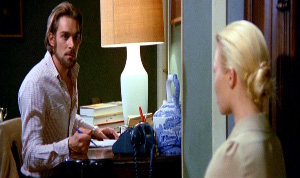 Elizabeth is alone at Enrico's flat and the killer enters the apartment in broad daylight and drowns her in the tub. Only, he doesn't place a knife in her groin like the other girls. The killer priest is spotted by one of Enrico's neighbors who is getting off the elevator. When the police find the neighbor and bring him in to let him look at suspects (all priests) the man doesn't recognize any of them as the killer. He begins to get upset and storms out of the station. On the way down the street he rants and raves about how if he sees another priest, he will beat him up. Just as he finishes the sentence, a priest walks around the corner and the man freaks out and runs away faster than greased lightning. After an autopsy, the police find out that Elizabeth was a virgin and this lessens their suspicion of Enrico of being the killer even more.

Enrico finds out that one of the girls that his mistress knew is named Solange, only he doesn't know where to find her because she dissapeared weeks ago. He does some investigating, but he can't find anything solid after interrogating a black pornographer who lives on the ocean who knew Elizabeth and the other murdered girls. Enrico finds out something shocking: the murdered girls from the Catholic school were swingers.

One sunny day as Enrico and his wife Herta (Karin Baal) lay lounging in the park, we see a young beautiful girl watching them. Her name is Solange Beauregard (Camille Keaton) and she appears like a ghost out of nowhere. This is where the story begins to take a very dramatic twist and what we thought was a standard 'whodunit' murder mystery becomes even more complex than we imagined. Solange holds an important and dark secret that will lead to the murderer of the other schoolgirls. 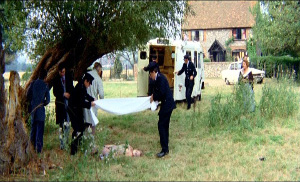 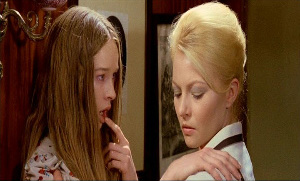 "What Have You Done to Solange?" is one of the very best examples of great giallo cinema. It's a movie that pulls you in and totally captivates your senses as you watch the story unfold. It also does what a good giallo is supposed to do: make you think you know whats going on, but just when you think you figured things out, it pulls the rug out from under you again and again. The red herrings set up in the film build up more and more and the final payoff is both shocking and exhillerating. It had me talking to myself after it was over and saying aloud how great the ending was. I really love this movie! This film was followed by sequel entitled What Have They Done To Your Daughters?.

Director Massimo Dallamano died in 1976, very early into his career as a professional director, which is very sad because from this film, you can see a truely gifted auteur at work.