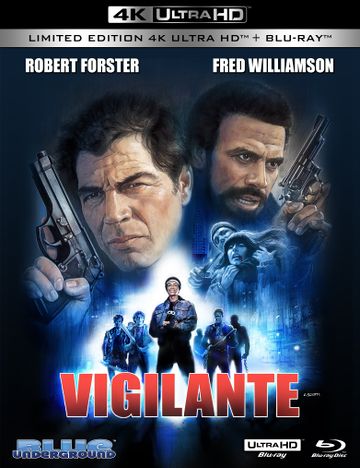 With a great soundtrack, impressive visuals captured all over New York, and a crack FX and editing team, Bill Lustig mastered to show what he can do, shortly after his Maniac. The movie manages to thrill and entertain, to shock and frighten, but it's of course also a controversial film and offers a lot of food for thought. It's not a cheap-o revenge porn film with a construction of a revenge motive and overly comic-like carricatures of law and order, but a more personal story. The problematic issue of taking the law into ones own hands is dealt head on in the first half hour of the film (not to mention the opening monologue, which back then was also part of the promo reel that helped secure the money for the producion). In the 80s, crime was sky high and the police and court systems were unable to handle the crime and drug wave. I guess "just say no" didn't work as intended.