Difference between revisions of "Vigilante/Review 2" 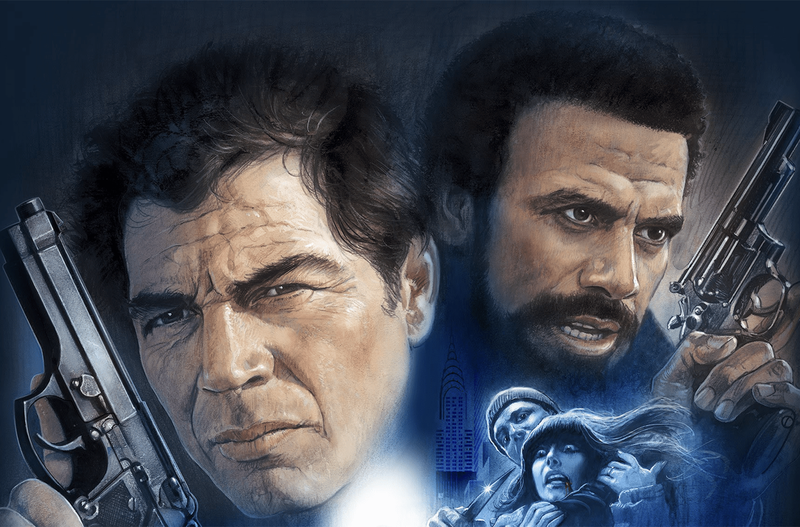 I love vigilante films for one reason, it relieves my anger every time when I watch criminals/murder news on TV. I mean, we have a legal system right now but is it strong enough to stop bad guys? I don't know, but according to Fred Williamson in this film the answer is no.

Vigilante is directed by William Lustig, who also made Maniac 1980 (which is one of the sleaziest films I've ever seen). Vigilante tells us how weak the law and the whole system is. The plot concerns Nick and a group of his friends that try to stop criminals with "eye for an eye" tactics. Nick's friend Eddie believes in the law and thinks that shooting thugs will make us the same as criminals. One day his wife and his son are killed by a group of gangsters and the judge is bribed so he seeks revenge by joining Nick's team.

As you can tell, this movie focuses on brutality and corruption. Most importantly, it's violent and sleazy! If you've seen films like Hobo With a Shotgun or The Exterminator you'll love this one for sure because it has everything you want to see. Gory effects, shootouts, camaraderie and revenge. It's very entertaining.

On the other hand this might be a propaganda for gun nuts. Nick says at one point that his gun is his "judge and jury". I agree with having gun control but I can't deny that we might have to buy a gun at some point to protect ourselves. By the way, have you ever heard the quote: "The only thing that stops a bad guy with a gun is a good guy with a gun" from the NRA? Sure, we might protect ourselves from bad guys when they try to kill you at home, but when you walk outside and carry a gun, are you sure that you won't become a bad guy by shooting at random people?

In closing, this movie is entertaining and it rocks! I just hope government officials watch this film to find out what's wrong with their system.