Video nasty" was a term created in the United Kingdom in the 1980s that originally applied to a number of films distributed on video cassette that were criticised for their violent content by elements in the press and commentators such as Mary Whitehouse. While violence in cinema had been a concern for many years, the lack of a regulatory system for video sales combined with the possibility of any film falling into children's hands led to new levels of concern. Many of these "video nasties" were low-budget horror films produced in Italy and the United States. The furore created by the moral crusade against video nasties led to the introduction of the UK's Video Recordings Act 1984 which imposed a stricter code of censorship on videos than was required for cinema release. Several major studio productions ended up being banned on video, falling afoul of legislation that was designed to control the distribution of video nasties. There is currently no legislation in force, owing to a legislative mistake in 1984. In August 2009 it was discovered that the Act was unenforceable, as the European Commission had not been notified about it, as required by Directive 83/189 (see now Directive 98/34). The Act had in fact been technically invalid since 31 March 1984, and any prosecutions still pending in August 2009 were abandoned. 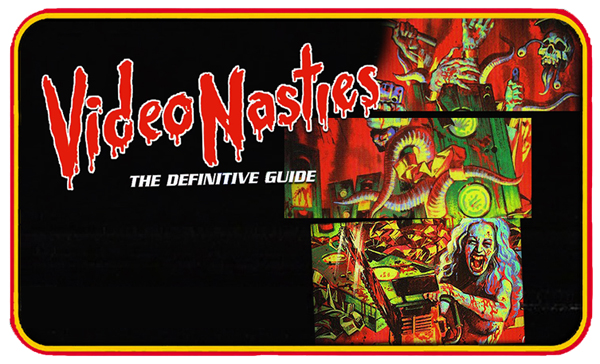 At the time of the introduction of domestic video recorders in the United Kingdom in the 1970s, there was no legislation specifically designed to regulate video content, apart from the Obscene Publications Act 1959 which had been amended in 1977 to cover erotic films. Major film distributors were initially reluctant to embrace the new medium of video for fear of piracy and the video market became flooded with low-budget horror films produced by small independent film companies. Whilst some of these films had been passed by the British Board of Film Censors (BBFC) for cinema release some had been refused certification. The Obscene Publications Act defined obscenity as that which may "tend to deprave and corrupt persons who are likely, having regard to all relevant circumstances, to read, see or hear the matter contained or embodied in it". This definition is of course open to wide interpretation.

Public awareness of the availability of these videos began in early 1982, when VIPCO (Video Instant Picture Company), the UK distributors of Driller Killer, took out full page advertisements in a number of specialist video magazines, depicting the video's explicit cover; an action which resulted in a large number of complaints to the Advertising Standards Agency. A few months later the distributors of Cannibal Holocaust (Go Video) in an effort to boost publicity and generate sales that ultimately backfired, wrote anonymously to Mary Whitehouse of the National Viewers' and Listeners' Association complaining about their own film. Whitehouse sparked off a public campaign and coined the term video nasty

Prepare to be corrupted and depraved once more as Nucleus Films releases the definitive guide to the Video Nasties phenomenon – one of the most extraordinary and scandalous eras in the history of British film. For the first time ever on DVD, all 72 films that fell foul of the Director of Public Prosecutions are featured with specially filmed intros for each title in a lavish three-disc collector’s edition box-set, alongside a brand new documentary: VIDEO NASTIES: MORAL PANIC, CENSORSHIP AND VIDEOTAPE, directed by Jake (‘Doghouse’) West.

Presents the 39 titles which were successfully prosecuted in UK courts and deemed liable to deprave and corrupt. These included: Absurd, Cannibal Holocaust, Driller Killer, I Spit On Your Grave, Nightmares in a Damaged Brain, Snuff & Zombi 2

Presents the 33 titles that were initially banned, but then subsequently acquitted and removed from the DPP’s list. These included: Death Trap, Deep River Savages, The Evil Dead, Human Experiments, The Toolbox Murders & Zombie Creeping Flesh. Both discs can be viewed either as a non-stop trailer show, or with newly-filmed introductions from a wide range of acclaimed media academics and notable genre journalists. Each disc is preceded by a brief introduction by cult horror presenter Emily Booth.