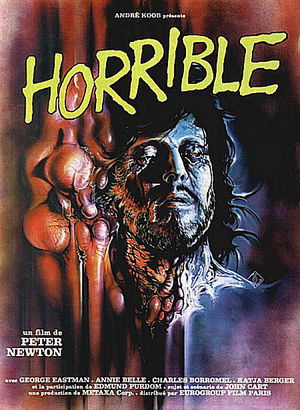 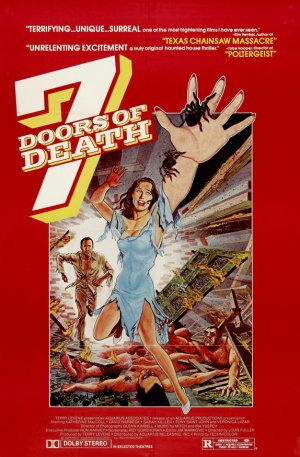 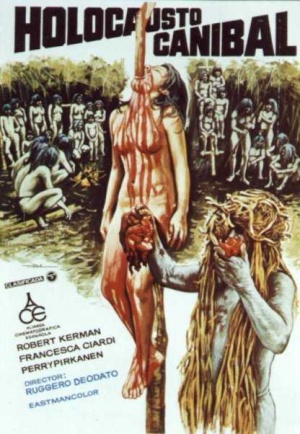 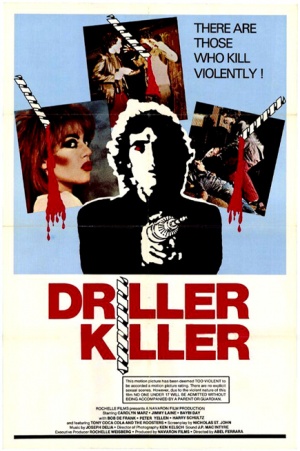 This 13 hour extravaganza covers not only the items (the ‘Nasties’) themselves – but the socio-political landscape within which these 72 titles were banned in Britain. There is more besides. The first noteworthy aspect of this compendium is the fair and even treatment of the concept: it is dealt with in both a fun and serious way. This of course is appropriate as the subject matter is exploitation and horror movies of the seventies and eighties and a particular response to them as the knee jerk impact of that response – which was dangerous, fraudulent, unfair and anti-civil libertarian. When analysing the content in the second and third discs, the commentators do not shirk from telling it just as it is – some of these movies were given notoriety and would not have stood on their own without it.

To say that ‘Video Nasties – The Definitive Guide’ is a good and worthy watch is putting it mildly. There is both scope and duration on its side: a slice of British cultural history seen from all perspectives imaginable. The beauty being that we are dealing here with the period 1979-1984 which means that, with the exception of a particularly fervent political and moral crusader (Mary Whitehouse), all involved, or commentating are alive, well and young enough in age or spirit to give an honest and colourful two pennies worth.

The 3 DVDs content is split thus: the first with the introductory documentary ‘Video Nasties: Moral Panic, Censorship and Videotape,’ by Jake West. It wisely starts with the nostalgia surrounding the key elements of home entertainment – the video cassette recorder and the size and exclusivity of it: the war between Betamax and VHS Pal. Every street corner suddenly had a retail outlet that either sold/rented video, or had it in a corner obscurely part of the rest of the shop. One of the commentators humorously recalls a concern near where he lived that was owned by an Indian guy with a mad beard – the shop was thereafter referred to as ‘Rasputin’s.’ It is these light hearted asides that even s the balance for the seriously heavy duty response to visceral movies of this era either good or bad. The very same ‘moral panic’ which surrounded the comic books of the 1950s was at play here and the initial move was to have a great deal of titles – with particularly lurid art work on the cassette cover being banned under the terms of the Obscene Publications Act and subject to the removal via the weight and authority of the Director for Public Prosecutions. Hoards of policemen Britain wide were seizing copies of films, watching and then burning them. Ludicrously enough, some titles fell under this fevered behaviour such as Samuel Fuller’s ‘The Big Red One’ thinking that it was a porn movie, along with ‘The Best Little Whorehouse in Texas – a semi musical starring Dolly Parton. To this day, those concerned with inciting this madness are quite unrepentant; in spite of the evidence in this tight and entertaining doc. Peter Kruger (an ironic name if ever there was one), the Head of the Obscene Publications Squad, Scotland Yard, seems to feel that these films, which include titles such as ‘The Killer Nun’, could be ‘capable of corrupting and depraving.’ Whereas the director Christopher Smith (Creek, The Black Death) remembers feeling a sense of injustice as a thirteen year old. Note also that one of the 72 films is The Evil Dead – its then twenty something director Sam Raimi now a mainstream director of high level Hollywood respectability.

The cultural commentators point rightly to the fact that these types of movies – regardless of their cinematic merit, or lack of it, permanently altered the cultural landscape in cinema, changing styles, methods of delivery and providing us with some pretty memorable advertising. The people in charge of banning them had no idea what they were doing. They also hurt the independent retailer immeasurably: the process of self-regulation would have cost the video shop owner £500 per film. There was no way that was ever likely to happen. The Video Recordings Act happened instead.

Some of the so called evidence supporting the case for the eventual introduction of the Video Recordings Act (the Act of Parliament that followed in 1984) beggars belief. Sir Graham Bright – the MP responsible for bringing the Act in front of the House as a Private Member’s Bill – is on television and on record as saying ‘there is research that will show taking place that not only proves that these films effect people, but also dogs as well.’ Worse still is the discovery that this Act was never validated by the European Commission rendering it defunct. The documentary surrounding the history is met with some pretty entertaining trailers of titles on disc one including a section devoted to ‘naughties’ such as ‘Gwendoline’ and ‘Fantasm.’ Watching the section devoted to distributors brand images was an endurance test in wave after wave of pure nostalgia: all identities seemed to be constructed of font of neon or space invader inspired typeface with polymoog synthesiser incidental music. This visual tome has been made with the aficionado in mind: the trailers and films are listed alphabetically with accompanying material to help ‘completists’ with the search for the original deal. Compilation material like this does not grow on trees. The makers of this box set know its audience and will undoubtedly tick some boxes. There’s even a Foxy Goth to introduce some of the items as well as being a scantily clad permanent feature on the index navigation pages. Though from a female and perfectionist perspective the fact that she does make reading from an autocue a little too obvious shouldn’t distract a healthy male cult fan whatsoever.

For anyone interested in this genre (exploitation and cult) in a serious way, the second and third discs introduce – to the uninitiated some important names and faces in the academic and commentary world of this area of study. They consist of authors: Stephen Thrower (Nightmare USA), Marc Morris (Co-Author of ‘The Art of the Nasty’), Allan Bryce (Editor of Dark Side magazine)Kim Newman (Nightmare Movies), academics: Julian Petley (Professor of Screen Media & Journalism Brunel University, England), Xavier Mendik (Director of Cine-Excess and Curator of the Cult Movie Archive, Brunel University) among others who put across fair analysis of the films and in doing so often mention other titles when dealing with genre, director output or influences. Most of the contributors in this section have written prolifically on cult movies and are all mentioned in the comprehensive list of contributors. Note also a web address to go to for purchases for purists, though there is plenty to get the average enthusiast hurtling towards the Amazon search window without checking this out. For an erudite and fun sense of history and cultural commentary on the sorts of movies we know and love, this is about as good as it gets.