VIPCO (Video Instant Picture Company) was a UK based home video distribution company that specialized in releasing obscure and cult horror films - in particular, low budget Italian and American films produced during the seventies and eighties. It promoted itself as the leading distributor of Video Nasties and previously banned films in the UK.

In its first incarnation as an independent company founded by Mike Lee in the late seventies, VIPCO was notable for serving the nascent British home video market with early releases for films such as Driller Killer, The Groove Tube, King Frat, The Legacy, Psychic Killer and The Slayer. The company was originally named VIPC, but customers often misread its trademark - the letters VIPC surrounded by a graphic resembling the spools of a video cassette - as 'Vipco', so the company's name was changed soon after their first titles were released.

The company re-emerged in the early 1990s with edited versions of Zombie Flesh Eaters, Horror Hospital uncut and Night of the Demon. Since then, it has released a large number of films on video and DVD including Zombi 2, City Of The Living Dead, Cannibal Holocaust, The Burning, A Blade in The Dark, Cannibal Ferox, Cannibal Ferox II, The Nostril Picker Uncut Edition, The Beyond Uncut, The House by the Cemetery, The Toolbox Murders & Mountain of The Cannibal God. Many of the titles had previously been cut or rejected by the BBFC, or had never before received a UK release. These films fell under the banner of the "Vipco's Vault of Horror" DVD Collection.

In the early 2000s, Vipco also started a Cult Classic DVD Collection, which featured obscure non-horror films such as Bronx Warriors, The Last Hunter and Gremloids. 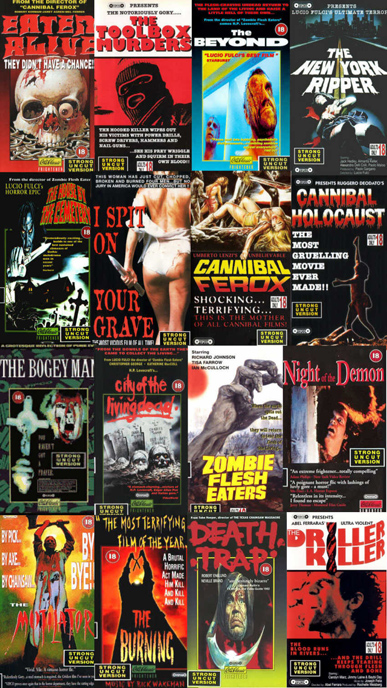