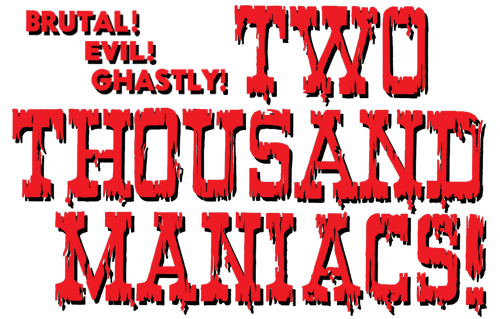 When Blood Feast hit the silver screen (usually at drive-ins) in 1963 and was an immediate success, producer David F. Friedman and director Herschell Gordon Lewis knew they hit upon something special. At the drive-in in southern Illinois where the film premiered, there was a line to get in almost a mile long. No one had ever seen anything like the gore that unfolded before their shocked eyes and dropped jaws. But how do you top (or rather, capitalize on) something so groundbreaking? The answer would come one year later with the second in their infamous "Gore Trilogy" TWO THOUSAND MANIACS! 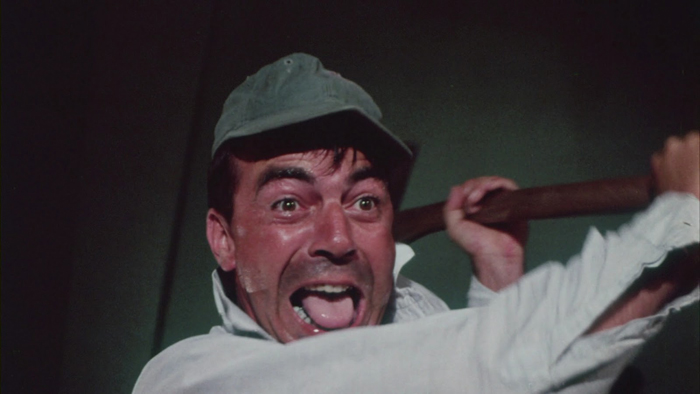 Tom White (Lewis regular Willam Kerwin) picks up Terry Adams (Blood Feast star/ Playmate Connie Mason) on his way to a teacher's conference down south. They take a rather suspicious looking detour (set up by two characters we're introduced to later) and wind up in beautiful Pleasant Valley. As they drive down Main Street, the townfolk surround their convertible and they find out that they are the "guests of honor" in Pleasant Valley's centennial celebration. While it seems rather odd to make them the focal point of the celebration, they go along with it so as not to offend the townsfolk. They're joined by two other vacationing couples - the Millers (Jerome Eden and Shelby Livingston) and the Wells (Michael Korb and Yvonne Gilbert)- and set up at the local hotel. Terry senses that all isn't quite right with the way the townsfolk are acting and that something is terribly wrong, but will she be able to convince the others before they succumb to the terrorific temptations and horrific hospitality of Pleasant Valley? And what about ol' Teetering Rock? Just what the hell is going on? 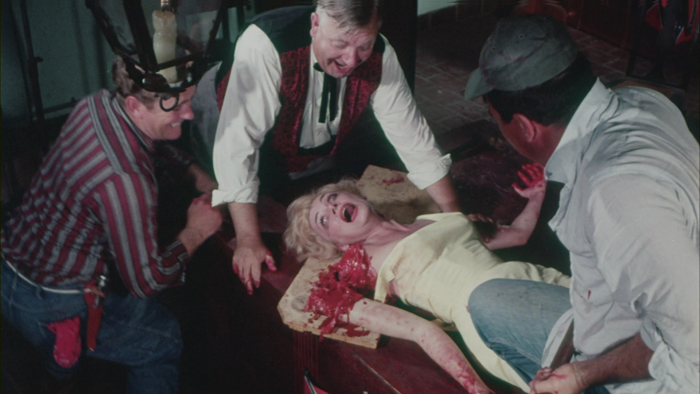 Lewis' pictures pride themselves on having very simple plots that are laced with macabre humorous details, and TWO THOUSAND MANIACS! is no different. Basically a gore variation on BRIGADOON, the film still is oddly charming and memorable just for it's plot and set-pieces. Where else but a Lewis film could you find a gore/musical/comedy? Musical? That's right! Ol' H.G. Lewis himself wrote and performs (with the Pleasant Valley Boys, of course) all of the films music including the classic "The South's Gonna' Rise Again!" I guaran-fuckin'-tee that song will be stuck in your head for the rest of your life after watching the movie (or even the trailer). But it's not just about the music, you watch a Lewis film for over-the-top gore scenes and set-pieces. You get to see a thumb severed, people barbecued, someone getting drawn and quartered, someone taking a roll in a very dangerous barrel, and the infamous ol' Teetering Rock. While not as much a "shock value" flick as BLOOD FEAST, it's a much better crafted film where the gore comes at better intervals and in a more suspenseful fashion. Lewis had figured out what worked and what didn't with his first foray into the gore film and really perfects his genre here. It may be the screenplay and general zany, cartoonish feel of the film, but this is the best of his original "Gore Trilogy", hands down. 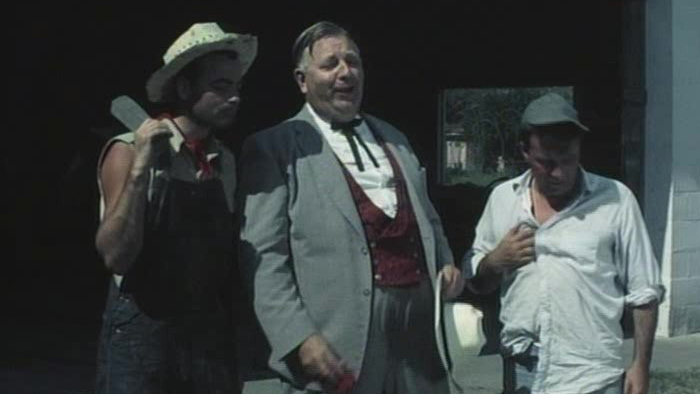 Lewis' films are an acquired taste. Some people get them and some don't, and that's OK. Poseurs to the genre (I'm looking at you, Diablo Cody) have tried to make some of Lewis' films trendy and edgy, but they really are just what they appear to be - fun. I don't think the man has one mean bone in his body and films like this, The Gore Gore Girls, and Color Me Blood Red are fun explotation films that deserve (and have acquired) a large, devoted fan base. While not as groundbreakingly raw as BLOOD FEAST or as existential as The Wizard of Gore, TWO THOUSAND MANIACS! holds it own and shows us a time when, while motivated by the almighty dollar, two creative and daring individuals were just as interested in putting every cent of their creativity and meager budget up on the screen - where it belongs. Too bad Hollywood hasn't evolved that much since David Friedman and H.G. Lewis got it right all the way back in 1963. Maybe next time.