The late great singer/composer/actor Isaac Hayes stars as Mack "Truck" Turner, a skip tracer (bounty hunter) in the greater Los Angeles area. Before he became a criminal catcher, Truck was an all star football player, which is where he earned his nickname.

The film begins with some humorous touches after Truck gets a call from his partner Jerry (Alan Weeks) about a new assignment. Truck finds his pet cat has peed on his last clean shirt. Truck and Jerry then goto the place where Garretty (wanted for child molesting) is and it happens to be an US Army base. Truck and Jerry get some insulting racist comments from the guards, after which they decide to just break through the gates and do their job. When they encounter Garretty, they find out that he's a racist too. Truck just takes him out into a field and beats him like the sack of crap he is. Truck and Jerry drop the beaten Garretty off at jail and Truck pays a visit to his girlfriend Annie (Annazette Chase) who is also locked up. It so happens she is a serial shoplifter. Still, the two are in love and it shows as they look deeply into each others eyes. 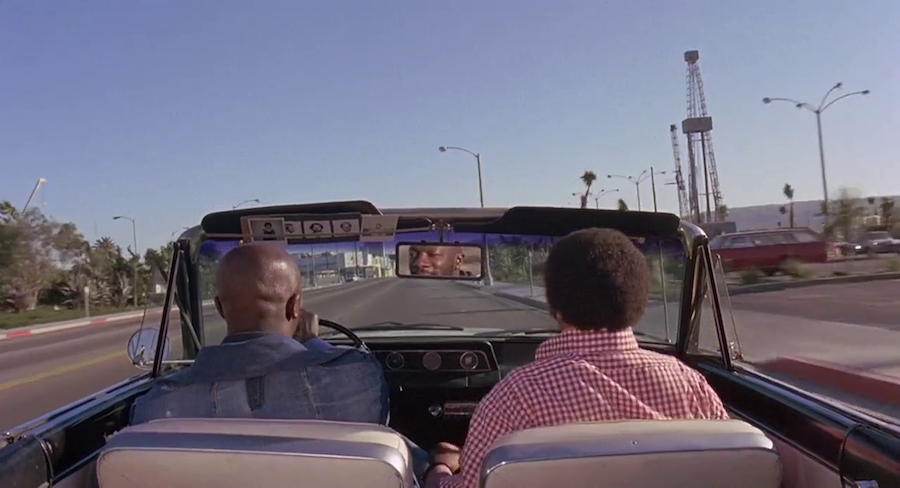 Truck gets all his assignments from Nate Dinnwittie (Sam Laws), a bail bondsman who gives him a notice on the next wanted man: a pimp/drug dealer named Gator (Paul Harris). They goto get some more info on Gator from Fogarty (Dick Miller) who tries to bribe them into the job for less money than they want. Gator's top trick is Dorinda (Nichelle Nichols) and she can easily be described as a super bitch. She takes no shit from anyone and is about as sweet as piss n' vinegar. When Truck visits her at a hairdresser's salon to inquire about Gator, we see how much of a stone cold witch she really is. Now, she may be queen of the bitches, but she's also hot as hell, which just makes things more complicated. Truck and Jerry watch Dorinda after she leaves the salon and pretty soon ol Gator shows up on the scene. When Gator spots the two bounty hunters in his rearview, he tears off like greased lightning. 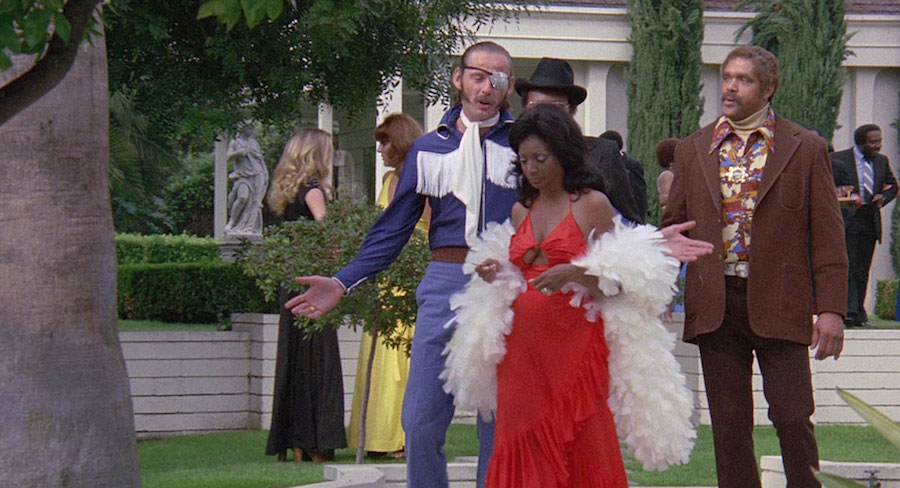 Truck and Jerry chase after him and we get a very exciting car chase through LA. Guns are fired, cars are smashed, tires squeal, smoke and dust is everywhere. Truck and Jerry follow Gator to the LA Water power station where Gator proceeds to crash his car into a ditch. He makes it out alive and runs into the plant as Truck and Jerry follow. Gator manages to evade them and steal their car. Pissed off, Truck and Jerry stop a passing truck and force the driver to follow after him. Gator manages to get away, after running through a local bar and tossing money to the patrons to beat up Truck and Jerry when they come through the door. The barroom brawl begins and Truck and Jerry are both bushwacked. They manage to get out in one piece but a bit bloodier for the ware. One of Truck's other contacts is Duke (Scatman Crothers), an old friend who happens to be a pimp too. Gator is later found on the lam at a small apartment. Truck and Jerry corner him, a shootout ensues and Gator is killed, not after one of his white hos stabs Jerry in the back with some scissors. 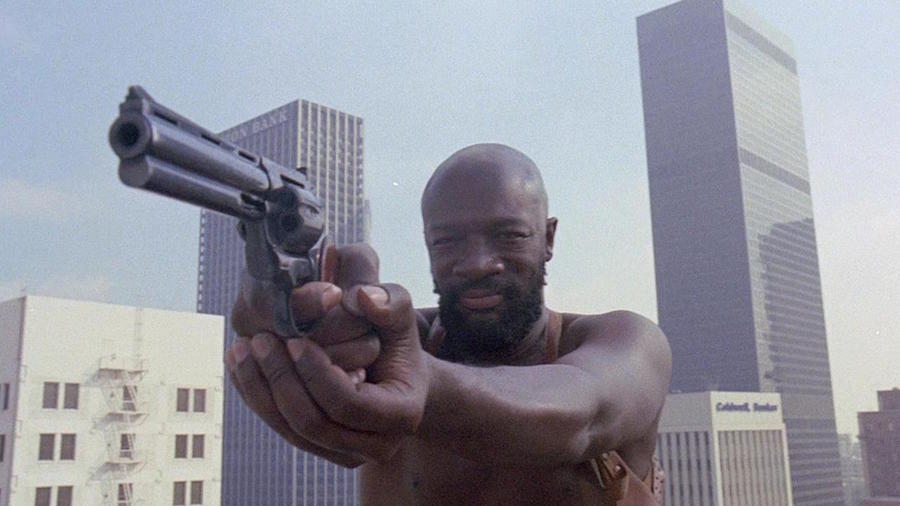 When Dorinda hears about Gator being offed she decides to exact her revenge on Truck by any means necessary. Her plan is to bring all the biggest pimps/hustlers into the mix and make a deal to give whichever one kills Truck a part of her high class pimpin' business. Enter Harvard Blue (Yaphet Kotto) who steps up to the plate to bring Truck down. Harvard has his own rogues gallery of underworld vermin ready to destroy Truck's inner circle of friends beginning with Nate and Larry. In the bloodiest sequence of the film, the gang shotgun Larry like a pig then Harvard Blue shoots him point blank just to make the hit even more cruel.

The next day, Truck and Annie visit Nate at the hospital and they return to Truck's apartment to find it destroyed. Even Truck's poor pet cat is killed by being hung up on a string. To keep Annie safe, Truck decides to set her up to get arrested at a clothing store. Since she is a "booster", the cops are called and Annie is taken away to jail again. Truck's next move is to visit Harvard Blue's mansion where he confronts the pimps and a gun battle ensues. Truck gets rid off as many of the scum as he can. 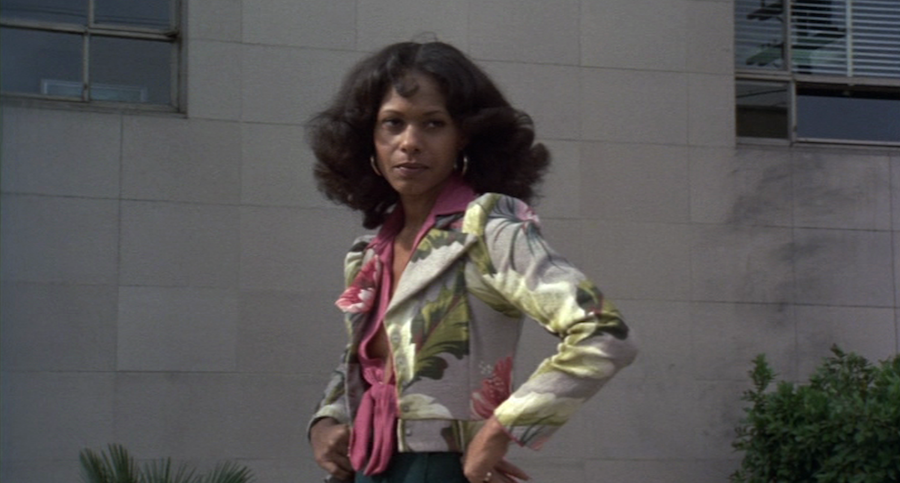 When Truck goes back to the hospital to visit Nate, Harvard Blue shows up ready to kill and there's a shootout. Without any extra protection, Harvard picks up a young boy to use as a shield, but Truck manages to get the drop on Harvard and hits him in the leg, then triumphantly blows him away outside the front doors. Truck goes after Dorinda and orders her to get out of town, but when she pulls a gun on him, he takes her out Truck-style with his 44.

Truck Turner is a well made, really exciting Blaxploitation crime film. It was directed by Exploitation film veteran Jonathan Kaplan who also made the cult classics Night Call Nurses, White Line Fever and Over The Edge.