Toys Are Not For Children/Review

Don't make the mistake that this movie could be in the same vein as Children Shouldn't Play with Dead Things, which would probably look tremendous on a double-bill marquee! Instead, this is another one of those oddities that plays out much differently than one would expect. 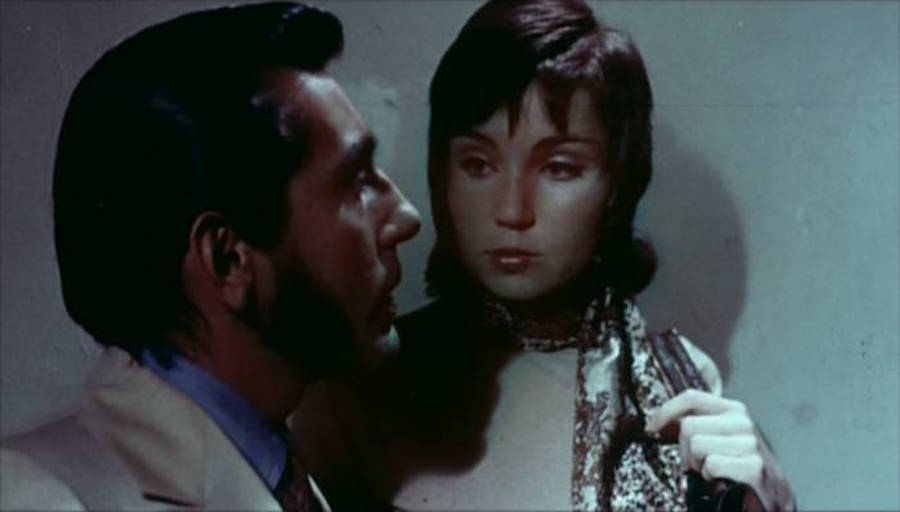 All her life, Jaime (Marcia Forbes) has had an addiction to her toys. The toys always seem to provide some solace to her since the traumatizing day when her dad walked out on both Jaime and her mom since (presumably) he seemed to prefer hookers over her. Brainwashed by her crazy mom (Fran Warren) that "all men are evil", Jaime intends to break free by moving out and finding a job at a toy store. There she meets Charlie (Harlan Cary Poe) who will eventually become her husband. Unfortunately, not only do the toys get in the way of their marriage, but Jaime has become hell-bent on trying to locate her father. An old "client" of her dad named Pearl (Evelyn Kingsley) knows of her dad's whereabouts and agrees to help her out, but in the meantime, Pearl's pimp, Eddie (Luis Arroyo) has done some brainwashing of his own on Jaime by making her a hooker. It's no surprise that this movie is headed towards a dark and discomforting conclusion, but thank god the epilogue to this movie is anyone's guess, otherwise I would've put a gun to my head!

I do admit that the movie is well-filmed and crafted with a fusion of flashback techniques that come out of nowhere which unexpectedly hit the viewer. And the overall acting is quite good too. Especially with Luis Arroyo (A former pro-baseball player, of all things) who seems to steal the show in a slimey manner. But the problem is that we, here at GCDb, prefer our Grindhouse material to provide some entertainment, and TOYS... just doesn't seem to fit the bill. Yet I'm still in favor of recommending the movie for it's effective ability of stomping all your hopes away. Just be sure to have a stoner comedy, Godzila flick, or a handy Russ Meyer classic ready to play afterwards because you're gonna need it.