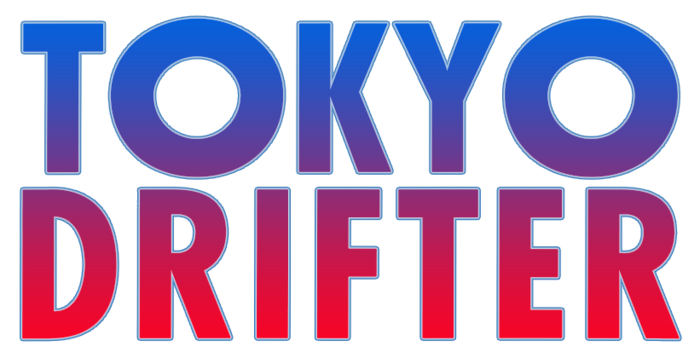 Tokyo Drifter is not the movie that Seijun Suzuki is most famous for. (That would be Branded To Kill). But it is right up there with his best work and is considered to be a cornerstone of his filmography.

Often, his movies are compared to the cinema of Jean-Luc Godard or Jean-Pierre Melville, especially their crime films. You can straight up pick the Godard / Melville reference in the opening scene of Tokyo Drifter. Shot in black and white, the movie switches to color after this scene. It looks like its an image right out of Breathless or any of the black and white era Melville crime movies. But I would say his movies are too strange for that comparison.

We could also compare him to David Lynch. Imagine David Lynch directing a Melville movie is how my friend once described him. Now his movies' settings and images might look surreal. Even the actors might behave strangely and have some weird quirks. This might trick us into thinking we are watching something strange and incomprehensible. But his movies are more straight forward and less strange than we realize. The best example of this bait and switch nature of his films would be Tokyo Drifter. You could actually say it is a pretty routine yakuza thriller. But drenched in some trademark Suzukisms, we have a movie set apart from other yakuza flicks of that era.

The story follows Phoenix Tetsu (Tetsuya Watari) as a reformed yakuza hitman. Loyal to a fault to his ex-yakuza boss who has since gone legit. The other yakuza men are still threatened by his reputation despite his retirement. When a land deal involving his ex-boss goes wrong, he is forced to be a drifter at his boss' order. What he is unaware of is that his boss has turned against him to avoid a murder charge and is among those involved in the hit to take him out. The rest of the movie is about how he roams across Japan avoiding execution by rival gangs. And what happens when he realizes his boss is also involved leaving him to seek retribution.

For those who expect it to be a kooky movie like Branded to Kill, they might end up disappointed. A large part of it has to do with the protagonist or rather how Tetsuya portrays him. He comes across as naive and even stupid at times. Holding on to his code of honor even when all evidence proves the need to do otherwise. Also, Tetsuya is also not as charismatic as Joe Shishido, from Branded to Kill. But yes, he did not have the luxury of prosthetic cheeks or quirks like smelling boiling rice like Joe did in that movie to amp up his weirdness. He is more or less a straight arrow, for the most part, caught up in a gang fight, not of his own making.

Another thing that sets him apart from the Branded to Kill assassin is his constant singing. Which he does even in the most tense situations. It has an adverse effect on the rivals or characters in general. One guy even curses him for his singing the same way henchmen do when they sense the presence of Batman.

The guy who does come off better portrayed is Hideaki Nitani who plays Kenji Aizawa. Kenji is a retired hitman who comes to Tetsu's rescue during one of the relentless hits of the yakuza. An old soul who retired from the big game and settled down on the fringes on his own accord. There is a scene where Tetsu keeps on harping about his sense of duty and Kenji's lack of it. As Tetsu proclaims he doesn't want to be with a guy without a sense of duty and moans his loss of it as a drifter. Kenji plainly says that may not be such a bad thing. When he says he does not want Tetsu to feel the pain of betrayal you can see that he really cares. And you recognize his sense of honor and loyalty is more than any other character in the movie. This works in contrast with the rest of the yakuza men in the movie. They are men who do stuff for others not out of a sense of loyalty but to save their own skin. Or to impress their boss or even have dibs on trying to be the guy who took down the legendary Tetsu.

While Branded to Kill was in black and white this movie is in color. And needless to say, the cinematography is gorgeous. It pops out and how. The sparse bright colored bar set of the climax in a soundstage has to seen to be believed. It may have come from a place of budget cuts, but the barebones nature of the set has an otherworldly feel because of how the scene was shot. It is the prime example of what Tokyo Drifter became famous for. Imagine the entirety of Lars von Trier's Dogville or any stageplay for that matter but with an entire action scene set in it.

Some of the weirdness actually came from studio interferences and meddling. But instead of buckling down, it made him more creative and find ways to work within restrictions. He kept on chipping away without even them realizing it.

The bizarre surrealism of Tokyo Drifter, in fact, had a direct effect on Branded to Kill. As in that movie, Suzuki had to work with even more restrictions from the studio Nikkatsu. This made him go further to push the envelope in bizarre insanity. The one-two punch of these two movies finally made the studio go enough is enough. This lead to Suzuki's decade long exile from movies. Before he came back with his much celebrated Taishō Trilogy.

Cinema is full of stories of men who had to fight the studio system. That is why it is important to have guys like the Seijun Suzukis out there. Guys who are willing to work within the boundaries set for them and still come up with some amazing movies. And Tokyo Drifter stands right up there among his classics. And like the lead character Tetsu, he did come up triumphant despite (or maybe even because of) his stubbornness.