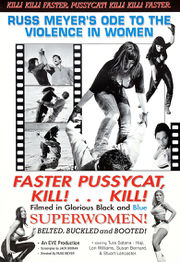 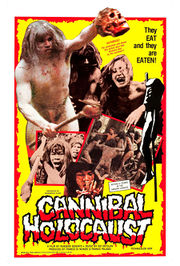 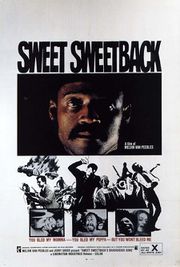 In the world of exploitation movies, some common themes occur over and over, namely sex, violence and over the top action scenes. While the storyline often isn’t that important, the main point behind exploitation cinema seems to be to excite and instill fear in the viewer in equal measures.

The three movies described below are just a few examples of the many classic exploitation movies that have made it to the big screen over the years.

The 1965 film Faster Pussycat! Kill! Kill! was the best known of 26 films directed by Russ Meyer who earned himself the nickname ‘King of the Nudies’ for his track record of sexploitation movies.

In Faster Pussycat, three bisexual go-go dancers end up on a killing spree in the desert in west America. They start off by picking up a hitchhiking couple and murdering the man, but take the woman along with them. They take us through scenes of martial arts and car racing before arriving at the home of a wheel-chair bound man and his sons in the middle of nowhere. While the men have their eyes on the women, the women have designs on the cash they think the old man has hidden in his house.

Cannibal Holocaust is a 1980 cannibal exploitation movie directed by Ruggero Deodato. A young group of documentary filmmakers head off to make contact with a cannibal tribe in the Amazon. They disappear and an anthropologist goes to search for them. In order to gain the cannibals’ trust, the anthropologist indulges in cannibalism in order to get the missing filmmakers’ film reels. Watching the films back in New York the anthropologist sees why they filmmakers were killed – they had terrorized a village in order to create a violent backdrop for their documentary. Cannibal Holocaust has been credited with inspiring the Blair Witch Project.

And finally there’s a film that combines sexploitation with Blaxploitation. The 1971 film Sweet Sweetback's Baadassss Song was ground-breaking for its time, centering on the life of a black male prostitute. Themes of black self-sufficiency when faced with opposition and suppression from a white establishment have earned this film the credit for paving the way for the Blaxploitation genre.

Sweetback is a gigolo who has a deal set up with the local police – he can ply his trade and they can arrest and release him on a regular basis to fill their quotas. Things change though, when two of the officers assault a Black Panther while Sweetback is present. He then murders the officers and unleashes a revenge spree on the white establishment.