They Came From The Swamp: The Films of William Grefe 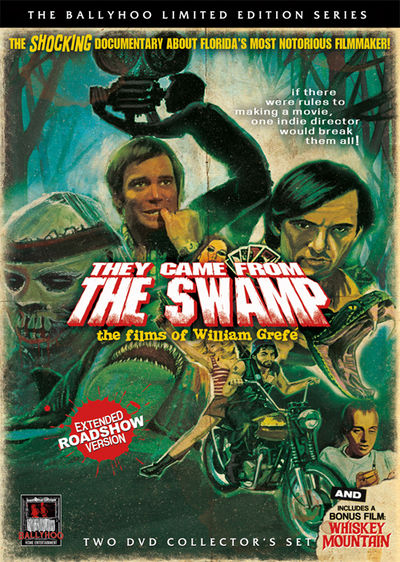 Savage! Sadistic! Thrill hungry! When it came to independent filmmaking in the sunshine state, William Grefé was the wildest of the wild! During the 1960s and ‘70s, the Miami-based producer/director transformed the darkest corners of the Florida swamps into his own personal backlot. From rampaging crocodiles possessed by an ancient Seminole witch doctor (DEATH CURSE OF TARTU) to a slithering serpent named STANLEY, William Grefé would grind out low-budget exploitation films for drive-ins and hardtops around the world. Now, without the benefit of cages or other protective devices, the untold story of Florida's most daring moviemaker comes to the screen... IN PSYCHEDELIC COLOR!