The Witch Who Came From The Sea/Review

This is one strange film. Its title is misleading in that its more of a psychological horror film than an outright supernatural one. It could be speculated that the title is an attempt to associate itself with a similar dark drama released the same year – THE SAILOR WHO FELL FROM GRACE WITH THE SEA starring Kris Kristofferson and based on a novel by the legendary Japanese writer Yukio Mishima. Its certification as a British “Video Nasty” back in the ‘80s seems to come more from its strong sexual themes than its almost non-existent use of gore (save for an occasion spurting of off-color blood). It's also at once dull yet intriguing and amusing yet disturbing.

We meet a plain, mid-30s woman named Mollie (Millie Perkins) seated on the beach, staring out at the ocean, transfixed. She is proudly discussing her deceased seaman father with her two adoring nephews (one of them named Tripoli!). It doesn’t take long to realize that something is wrong with her when she begins leering at a trio of body builders nearby (especially zeroing on their speedo-covered crotches)...Only to start fantasizing about them being dead. “Mollie” later drops off the kids, only to start arguing with her sister and revealing that dear old dad may not have been the heroic figure that she remembers from her childhood. 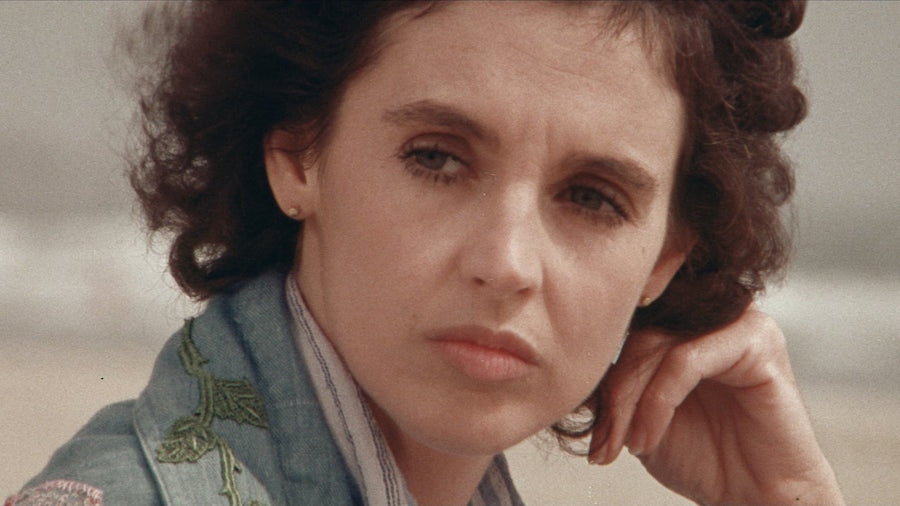 Later, Mollie lapses into another daydream involving a pair of professional football players, ties them up for some kinky sex ...And then proceeds to castrate them (offscreen) with a razor blade. She is soon however horrified to discover via the news that they were murdered in real life. Was her dark fantasy actually a brutal reality?

While 'THE WITCH' comes from a writer, Robert Thom (DEATH RACE 2000, BLOODY MAMA) and director Matt Cimber (THE BLACK SIX, THE CANDY TANGERINE MAN), who are both very familiar with exploitation films, they appear to be going for something weightier here. The usual sex and violence are present but strongly overshadowed by series of (non-graphic but still disturbing) flashbacks of Mollie being molested by her father as a child. Needless to say, this traumatic experience has warped her mind and now fuels her male-oriented attacks.

Despite such heaviness, it doesn’t deter the movie from also being funny...Albeit in an unintentional manner. The movie is peppered with off-kilter dialogue (At one point Mollie's pubic hair is referred to as “the curly, black sea”) and bizarre moments (Two Asian men watch Mollie shoot up a car and then promptly disappear from the film; a Rasputin-on-meth-looking tattoo artist [with the last name Dracula!] cackles dementedly at Mollie, causing her to freak out and take off running...Only for her to casually return to be tattooed by him a few days later!)

The above strangeness, in addition to Mollie's ongoing twisted fantasies and the lackadaisical pacing, give the whole film a dream-like quality. It's further enhanced by the fact that its never made clear of who (or how many) Mollie has really killed; although its certainly at least one person since the police are certainly after her. This succeeds (whether intended or not) in leaving the viewer just as disoriented as the character at times.

This is not to say that 'THE WITCH' is a good film. It's got far too many problems (bad acting, flat cinematography, underdeveloped plotting, a limp ending) for that. However, if you’re an experimental moviegoer it could make for an interesting viewing.