Usually when it comes to Italian horror films, people will think of classic titles like Suspiria or cheap-but-entertaining flicks like Hell of the Living Dead. Recently there's been a film that everybody is talking about: The Visitor. It became a cult classic thanks to Drafthouse Films who remastered and re-released it on home video a few years ago. Sure, it might be a cool film among all the hipsters now, but I still think there's still some flaws in it. So let's take a look at the plot first. 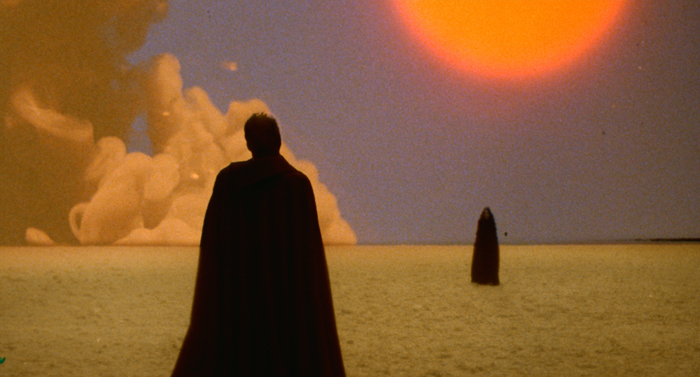 Basically, this is a story about good vs. evil. Jerzy (John Huston), a Visitor, is sent by someone (I assume that it's God) to protect the world from the evil power of Sateen. Sateen is an evil mutant who escaped from a spaceship and came to Earth. Then, he used his powers to cause destruction and death by transmitting evil by mating with human women so they'll give birth and increase the population. Apparently, a woman named Barbara (Switchblade Sisters' Joanne Nail) has a special womb that can transmit Sateen's power so her daughter Katy (Paige Conner) becomes evil. Barbara's husband Raymond (Lance Henriksen) is the owner of a basketball team which is funded by Dr. Walker (Mel Ferrer), who forces Raymond to tell Barbara that she has to give a birth to a boy soon so Sateen's power can be more widespread. Later on, we find out that Katy has telekinetic powers to harm everyone around her and the only person who can stop her is Jerzy. 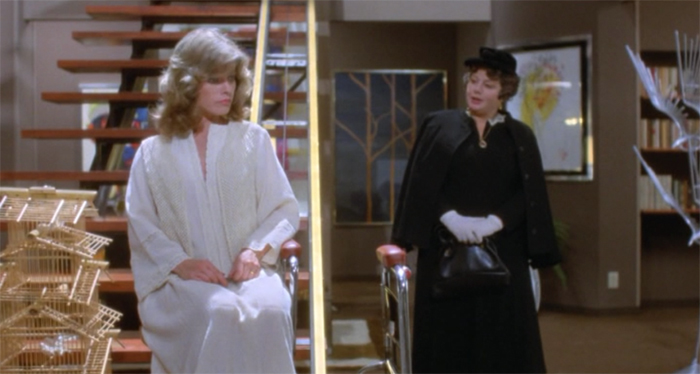 This may sound like The Exorcist in which young girl is possessed by a demon and there will be a climactic showdown in the end, but, trust me, it's different in many aspects. First of all, the film has surprisingly good cinematography and a quick-cut editing style that looks different from most films from the time and more like a music video. There's also many scenes that were shot in slow-motion which makes it more memorable. The special effects are a very important aspect of The Visitor as well. From a visually striking landscape during the opening scene to the climactic ending, the FX work elevates The Visitor from the typical cheap horror fare to an artsy experimental film. For instance, there's a scene in which Katy finds herself in a room full of mirrors while chasing Jerzy that reminded me of Zardoz and I liked it. Unfortunately, there are few issues about this film that I hate. 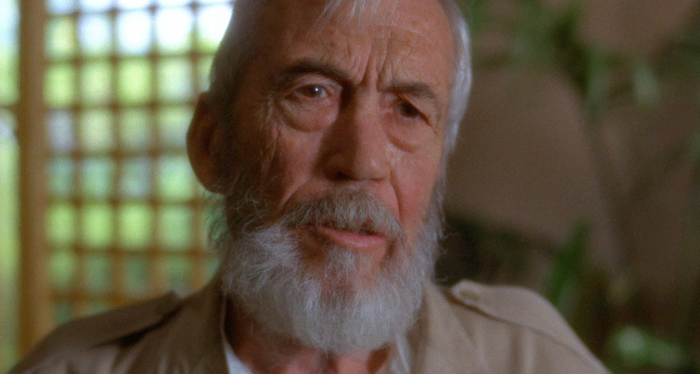 First off, let's look at the characterization of Katy. She usually acts like an asshole verbally and physically towards her mom and many people around her, yet Barbara still says "She's just a little girl!". Really? Do you think an ordinary girl could "accidentally" shoot her own mom with a gun and still smile about it afterwards? That annoyed me a lot because Barbara never notices that she's evil no matter how Katy acts towards her. Plus, if Katy wants Barbara to give birth to another kid, why would she harm her? I know she's evil, but wouldn't it be easier for her to go along and act nice until she gives birth? Basically, I think Katy is too one dimensional compared to someone like Linda Blair's character in The Exorcist. 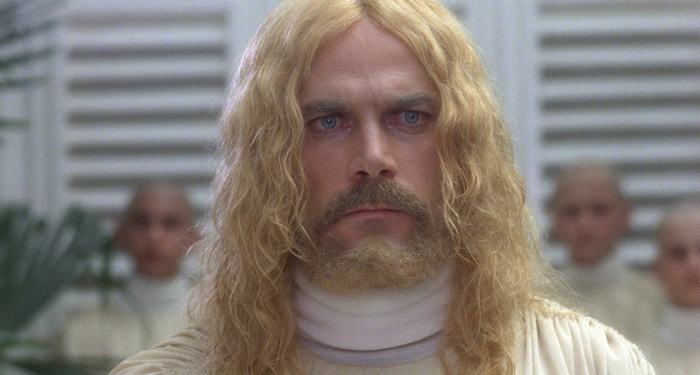 Next, I think there are scenes that are kind of unnecessary. Many people have complained that the film is too slow, but I find that you have to watch it at least twice to really get into it. When you watch it for the first time you have no idea what's going on, so you may think the film is somehow lacking cohesion, but after a second viewing you can enjoy it much more. Now, some scenes in this film go on for too long. The most infamous one (in my opinion) is when Jerzy goes to the top of a building and does a lightshow. I'm not sure what the reason is behind that. I know it may be about him trying to contact God, but the 3-minute lightshow makes me feel like I'm watching the opening ceremony for The Olympics. There's also a scene where Katy attacks an ice skater that just goes on and on and I think that it could've been cut from the final product, no matter how beautiful the cinematography was. 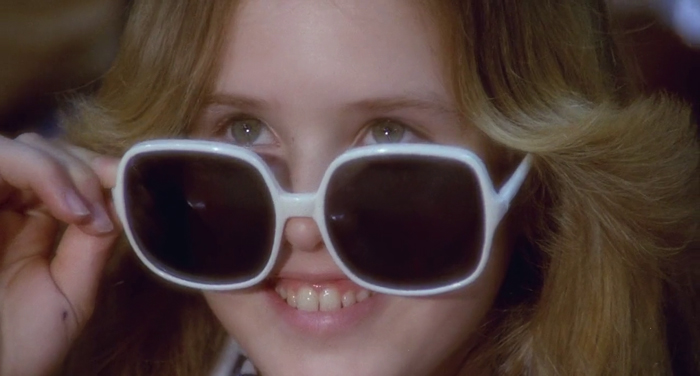 Overall, I don't think The Visitor is a fantastic movie, but it's still worth watching since this it's one of the most unusual Italian horror films ever made. If you can ignore some of those annoying aspects that I mentioned you might find yourself enjoying the other artsy stuff. I guarantee that it will give you one of the most unique film experiences among you and your friends.