The Shape of Things to Come BluRay review

Review of the Blue Underground BluRay release of The Shape of Things to Come. 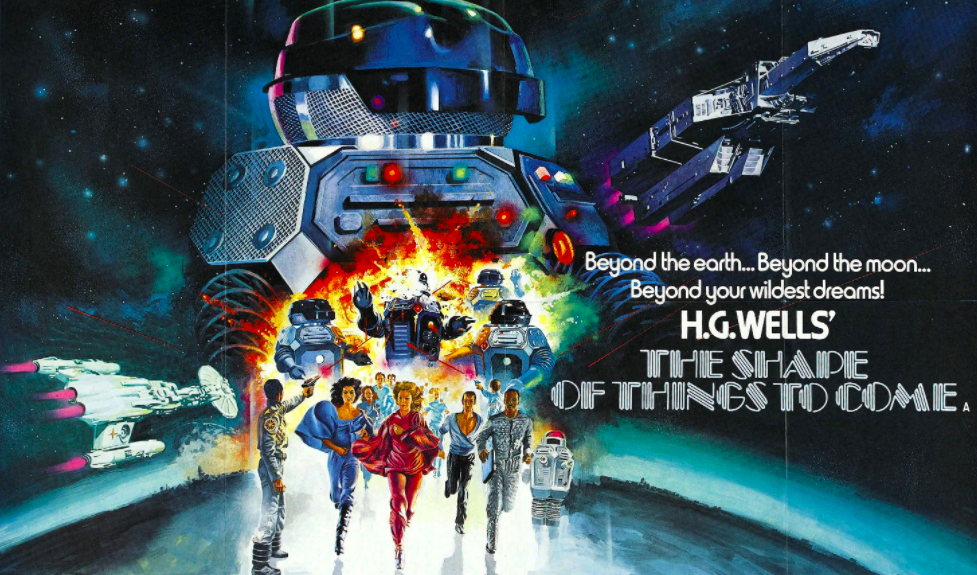 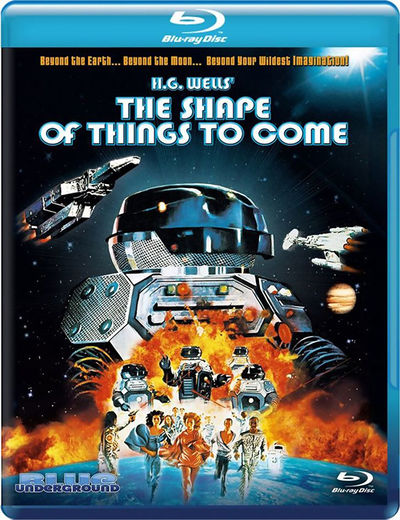 In The Shape of Things to Come, the world is devastated by a great robot war, and humanity has re-established itself on Moon and other stars. The most important resource is a radiation-beating drug only harvested on Delta 3. While some sort of rubber-stamp democracy rules over mankind, under the auspices of a wise robot artificial intelligence, it seems as if Omus (Jack Palance), a mad former scientist has taken over Delta 3 with an army of robots, and now he threatens humanity with destruction unless they accept him as their benevolent dictator. Without approval by Senator Smedley (John Ireland), the anxious Dr Caball (Barry Morse), his son Jason (Nicholas Campbell), and young commander, Kim (Anne-Marie Martin), the Senator's daughter, take off in an experimental battleship, to stop Omus from attacking the moon colony again. It’s a dangerous mission which would involve them travelling many light years and possibly rescuing Niki (Carol Lynley), the former director of Delta 3 who has gone underground with a platoon of remaining security forces to resist the robot overlords. With them is a smart little robot droid called Sparks.…..

I’ll be damned, this movie isn’t just corny as hell, but also highly relevant in today’s times. Not only is the idea of AI takeover debated like never before, the idea that a society would trust a machine’s judgment and submit to it all democratic institutions because its judgement has mathematical accuracy, also doesn’t sound so terribly far-fetched. While the movie doesn’t delve too much on these issues, today’s audience won’t be able to see past this obvious political subtext. The rest of the movie is an almost Hitchhiker’s Guide-esque adventure with some inspiration from Star Wars, 2001 and Battlestar Galactica. Not terribly original, but the fun effects and enjoyable dialogue make for a pleasant viewing. 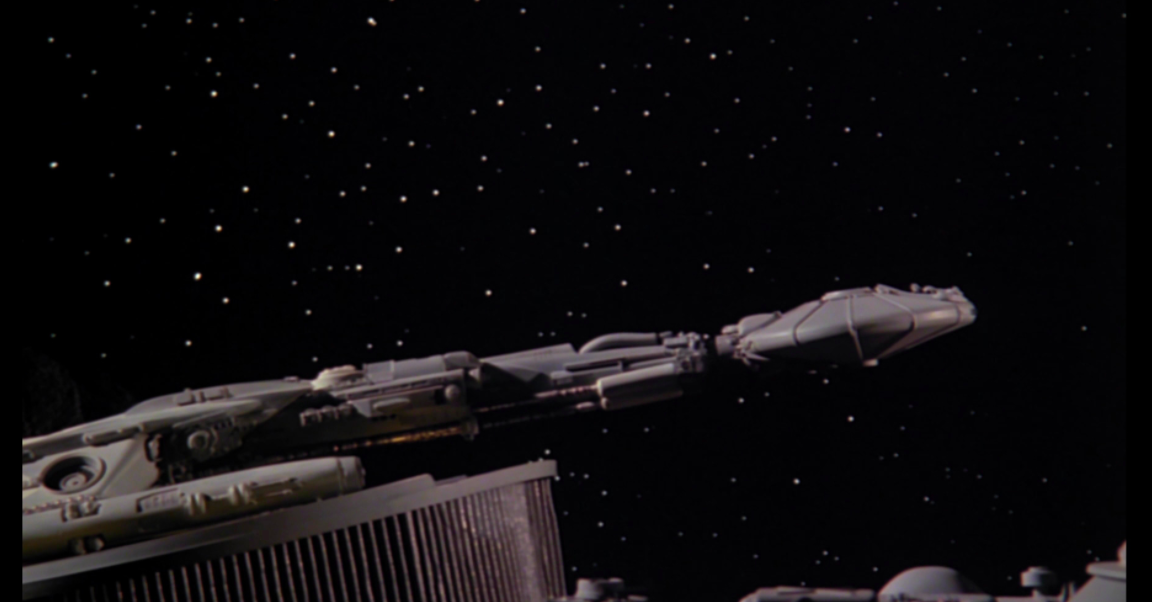 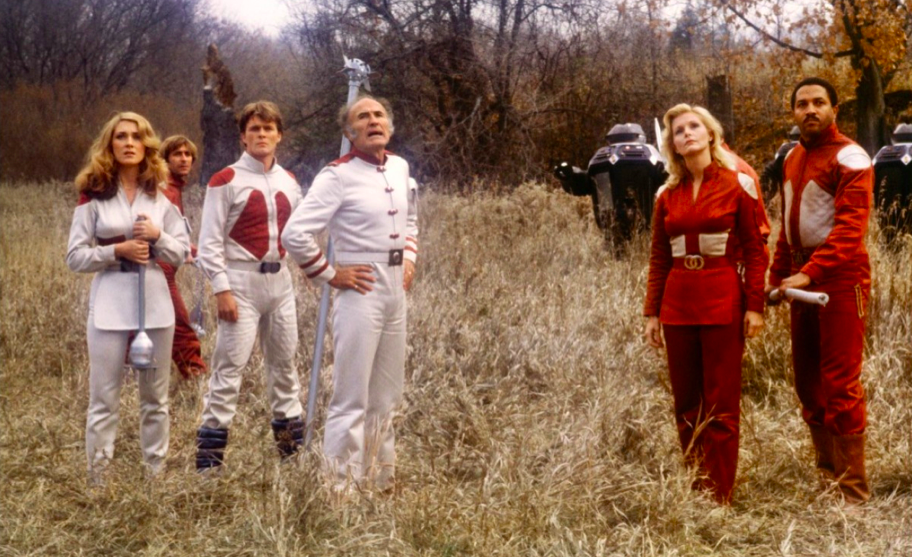 Director George McCowan (Frogs, The Magnificent Seven Ride!) manages to pull of a somewhat boring but constantly surprising little B-sci fi flick that never quite pull itself out of the cheesy ridiculous corner but firmly strides on as an adventure full of great little ideas, honest efforts at production design and credible characters. Harry Alan Towers must have giggled at the result but in the heyday of this kind of sci-fi I am sure it was a guaranteed moneymaker. If you put yourself into that time and place, it doesn't look half as ridiculous however, but even for that time, it was a B movie. And rightly so - but unproblematically so. It's totally entertaining and it doesn't pretend to be anything that it isn't.

Aside from some rather corky tunes it has a rather catchy theme song, decent camerawork and some interesting production design, as I mentioned above. It does not create as much of a world as some other ambitious sci-fi movies - even Silent Running created more of its own world - but some of the ideas are quite interesting, such as the dome architecture the humans live under. All in all, worth seeing and very entertaining, but not without its flaws, so take it for what it is and enjoy the hell out of it. 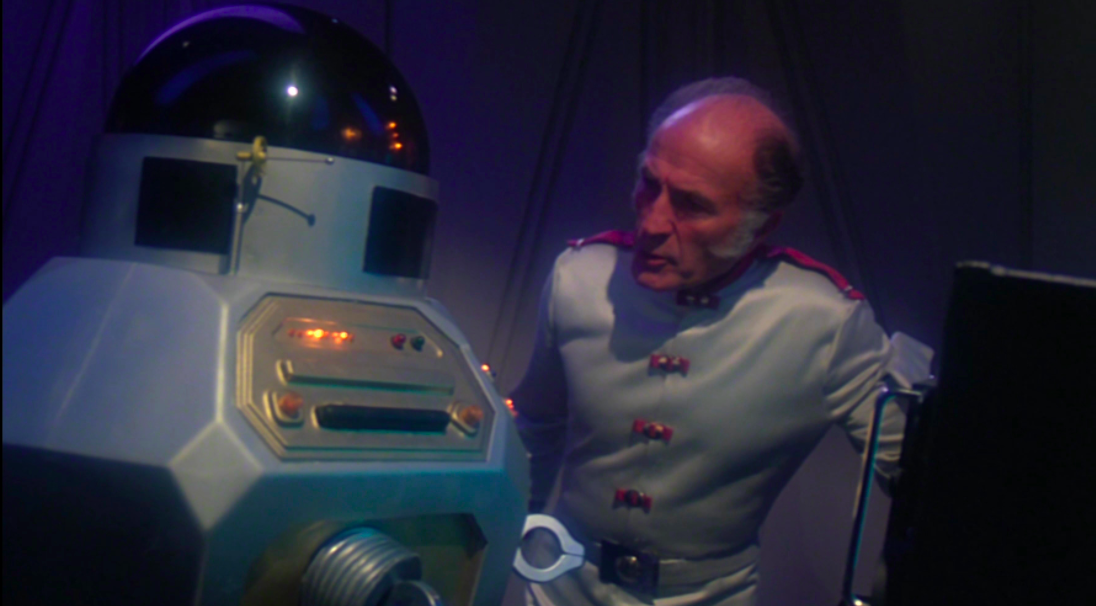 On the BluRay: It’s supposed to be a remastered transfer, but honestly the picture looks rather blurry and fuzzy, not very high res. But free of damage and dirt, so it is a clean struck transfer. If you don’t move too close to the screen it’s all fine though, just don’t expect too much along the lines of state of the art 4k material. The aspect ratio isn’t as wide, on my screen I had black bars to the right and left. Audio options are a remastered 5.1 DTS-HD track, a DTS-HD mono track. There are English, French, Spanish subtitles. I watched the 5.1 track, albeit not on a surround sound system. it sounds really great, has some decent depth and fidelity. The original mono track sounds a bit more like watching a TV classic on TV, but for the purists, it's close to how it must have sounded back then.

There's a nice set of extras on the disc. "Jason’s Journey, Interview with Nicholas Campbell” (14min) is an interesting conversation with the co-star remembering the making of this movie (not just good things to tell, well reminiscing can also be hilarious). His name might not sound so familiar but he worked in a lot of flicks that came out at the time, including war movies like A Bridge to Far, etc. “Symphonies in Space, Interview with composer Paul Hoffert” (17min) is worth watching or sure. The music is rather memorable and adds a lot to the movies earnest effort at coming across as a rather ambitious effort. Then there is a French trailer, tv spot, poster and still gallery, press book gallery. Nothing revolutionary but some interesting views on a classic that isn't as well known anymore. 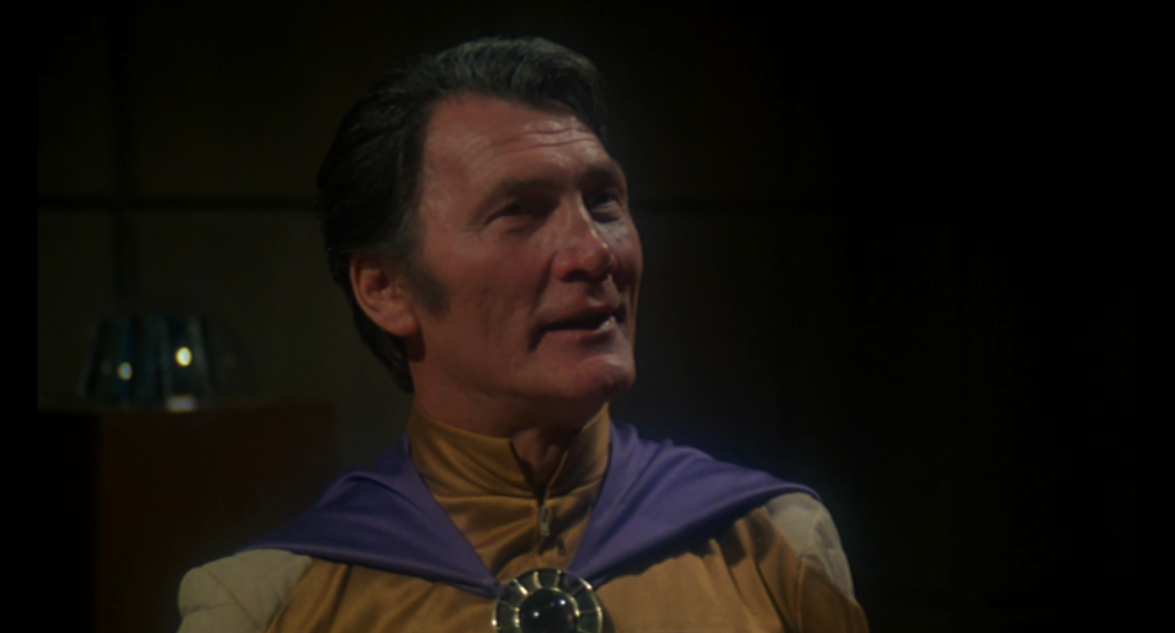