The Superhero film is one of the most popular sub-genres in movie history. That's perhaps because it takes audiences on exciting adventures with our heroes as they try to protect the world from evil. There's a notorious 1980 superhero film that everybody talks about. It's just bad, cheesy and stars Halloween's Donald Pleasence. It's none other than The Pumaman.

I will never forget the first time I watched this film on Mystery Science Theater 3000. It is so hilariously bad even the hosts laughed at some of the scenes! The plot is, well, super cliche. Tony Farms, a young professor, is thrown out of a building by an Aztec priest to prove that Tony has superpowers (come on! What would happen if Tony didn't have any superpowers? He would be dead at the beginning of this film!). Then, the priest tells him that he's a Pumaman, a superhero created by aliens to protect an ancient Aztec mask from evil. Speaking of evil, we have Dr. Kobras (played by Dr. Sam Loomis....I mean Donald Pleasence), a villain who wants this Aztec mask to control the minds of government leaders and take over the world. Fortunately, Dr. Kobras has no idea who the Pumaman really is. So he sends some henchmen to test suspects by throwing them off the building. Meanwhile, Tony, the real Pumaman and the Aztec priest have to fight against Dr. Kobras to protect the world. 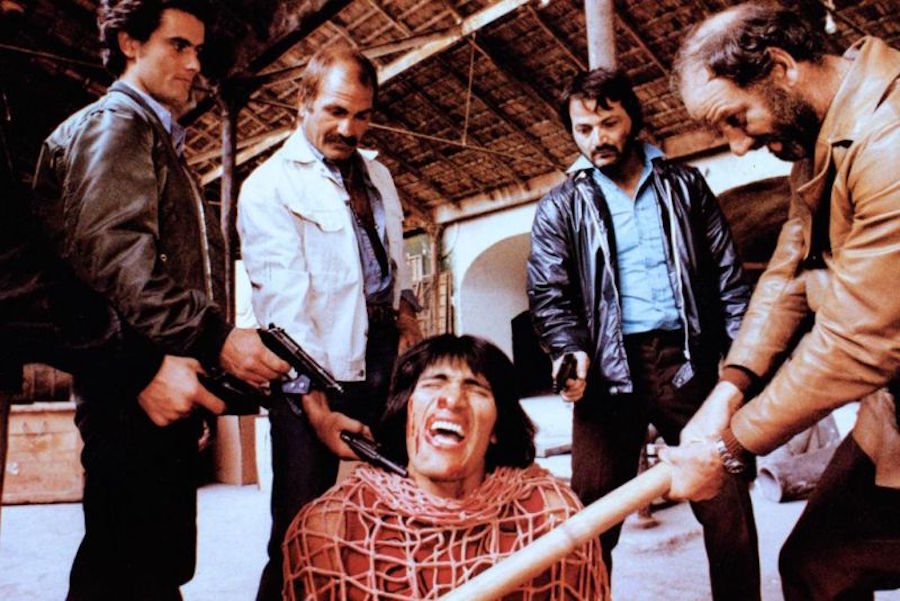 First, let's look at the most infamous aspect of this film: the special effects. The flying scenes become a joke instantly because it doesn't follow the laws of physics or any rules of flight seen in most superhero movies. He literally flies in front of a blue screen because there are lots of moments in which he's standing 90 degrees! Also, there's a scene in which Pumaman tortures one of the henchmen by dropping him from the sky. He falls while the blue screen shows a dutch angle of the city. To quote Mike Nelson from MST3K, "Help, I'm falling at a 60 degree angle, breaking all the laws of physics!". It's so bad but you're gonna love it.

Also, the acting is really campy and pretty bad. According to IMDB, Donald Pleasence said that this is the worst film he had ever done. Luckily, it comes up with one of the most catchy superhero theme songs of all time. I guarantee that this song will be stuck in your head for a few days after watching it.

As I said before, this film had been totally forgotten for 10 years until Mystery Science Theater 3000 showed it. It's one of my favorite episodes of the show because this film is extremely cheesy and has a lot of unintentional comedy bits which is suitable for riffing on. Mike Nelson and the bots did a very good job in this episode.

While classic superheroes are being adapted into movies with many sequels/reboots (like Batman, Superman or The Avengers), someone should remake this cult classic so more people could find out how goofy and fun the original is. One thing I'm sure about if it ever happens, he won't "fly like a moron" again!