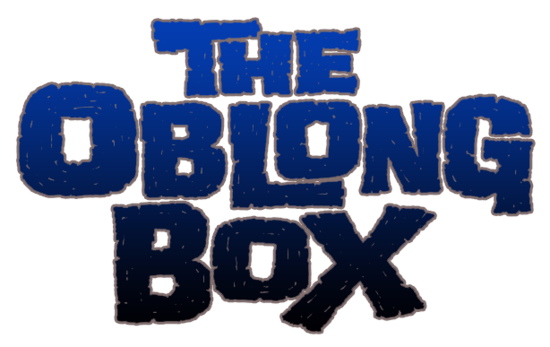 Two brothers, Edward (Alister Williamson) and Julian Markham (Vincent Price) are together in Africa on their plantation. An accident happens (a child is stomped to death by a horse),and the natives give Edward the blame (but was it really Edward?). They place a curse on him in a ceremony and he ends up with a disfigured face. 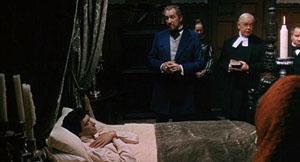 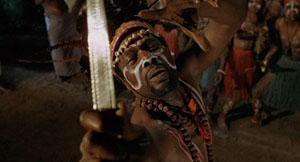 Back in England, Julian decides to hide him from the public. He brings him into a room on the top floor and puts him in chains (on the legs) so that he can't harm anyone. Edward doesn't like that idea and makes plans with the family attorney (and an african voodoo man) to simulate his death. Julian puts him into a coffin and nails it shut. He doesn't want to show Edward with that face to the funeral guests, he needs a fresh body.

After the funeral, Edward gets buried and in the night some graverobbers steal his body and bring him to Dr. J. Neuhart (Christopher Lee) who does experiments with the dead. Neuhart opens the coffin and Edward comes out and begins to strangle him. He stops him and from from then on he gives him shelter. He wears a red sheet over his face and goes on a killing spree to get his revenge. 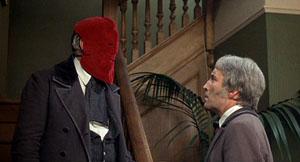 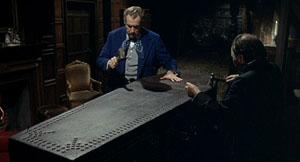 This film was great. Theres some real good horror moments where you sit in your chair and say: "Damn, that was scary!" Too bad they don't make such movies anymore. The cinematography was awesome. Watch the beginning sequence where they curse Edward then you will see what I mean.

Superb camera work. All the actors were the sureshot and the story was just incredible. Till the end you don't know how Edward really looks. We got also in this film Uta Levka, a German actress who played in several international movies at that time. For example: Scream and Scream Again (1970), De Sade (1969) and The Alley Cats (1966). When Michael Reeves died in the middle of shooting the film, Gordon Hessler took over and did a great job to finish it. Highly Recommended...if you like that old gothic horror cinema that gives you the creeps, then it's for you!