Review of the Blue Underground BluRay release of The Million Eyes of Sumuru. 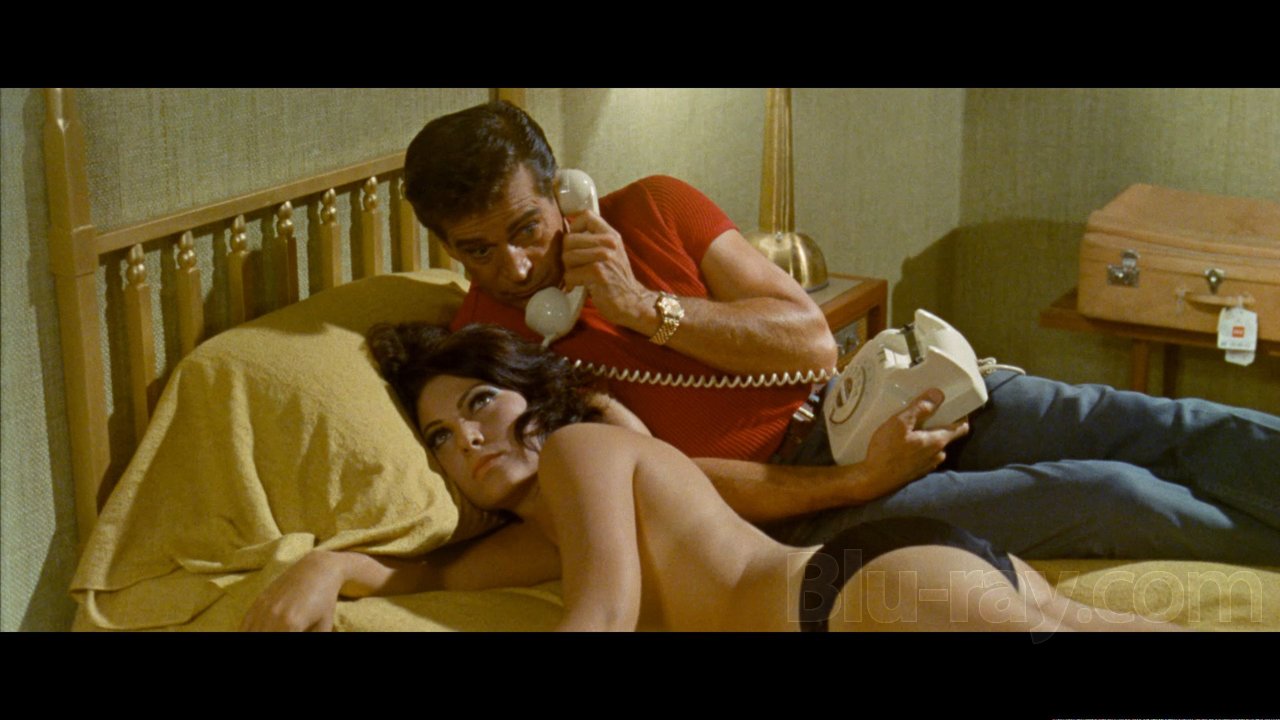 Lady Sumuru (Shirley Eaton) leads a network of deadly female assassins (the million eyes) in a quest for a feminist world domination that involves killing a number of influential world leaders. Tommy Carter (Frankie Avalon) and Nick West (George Nader) are CIA agents that are not quite voluntarily tasked with infiltrating the outfit. In cooperation with British Intelligence, the two thwart an effort by the million eyes to kill the Sidonese President Boong (Klaus Kinski) by way of one of their Lolita-style assassins Helga (Maria Rohm). As Carter gets captured by the Sumuru army and ostensibly turned, Helga starts to doubt in her leader..... 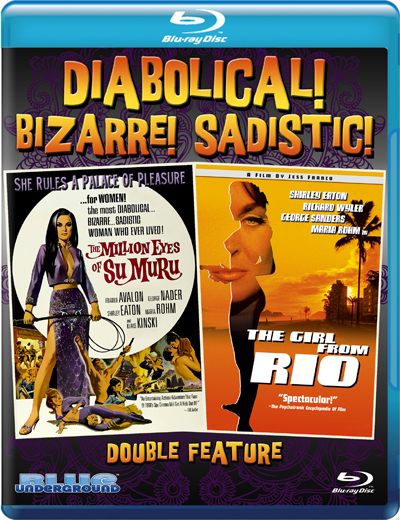 The 1967 spy flick from Harry Alan Towers' film factory was directed by Lindsay Shonteff and filmed at the Shaw Brothers studios in Hong Kong. This is one of the aspects that make this film quite special in its own right. The movie has some basis in a series of pulp novels by Sax Rohmer, who then co-wrote the script for The Million Eyes of Sumuru. AIP released this in the US to great success, a sequel followed the year after titled The Girl From Rio, in which Shirley Eaton reprises her role - somewhat.

The Million Eyes of Sumuru is a rather interesting take on the exotic euro-spy flick genre. Once again, some evil genius is plotting an evil scheme in an exotic location, and a hapless Yankee Bond-wannabe is stumbling into it, solving it with ease and charm. What makes this one particularly interesting are the comedic elements (Nader is really having a ball) on the one hand, and the at times rather ambitious moments (a D-Day style landing of the Hong Kong police for instance) on the other. In between we get a moderate amount of not-quite-sleaze (there isn’t really any nudity in the film and also not much violence) and some ridiculous fight sequences.

The Klaus Kinski cameo is ridiculous to say the least, and pointless as well. It is almost as if they invited him over for two hours to just do whatever he wanted in front of the camera. And you know, just so they could advertise the movie with his name, I am sure that's exactly how it happened. At any rate, the movie walks a fine line between trashy megalomaniac amazon super villain spy flick, exotic adventure story and slapstick action humor. It does so humbly and without taking itself too serious - or drifting into the comedic too much. It's a decent genre flick that delivers on its premise and shows off a lot of good craftsmanship, especially in the cinematography department. There's an arthouse movie in there trying to break out I am sure. I had lots of fun with this one, click the link below to find out why that wasn't the case for the sequel. 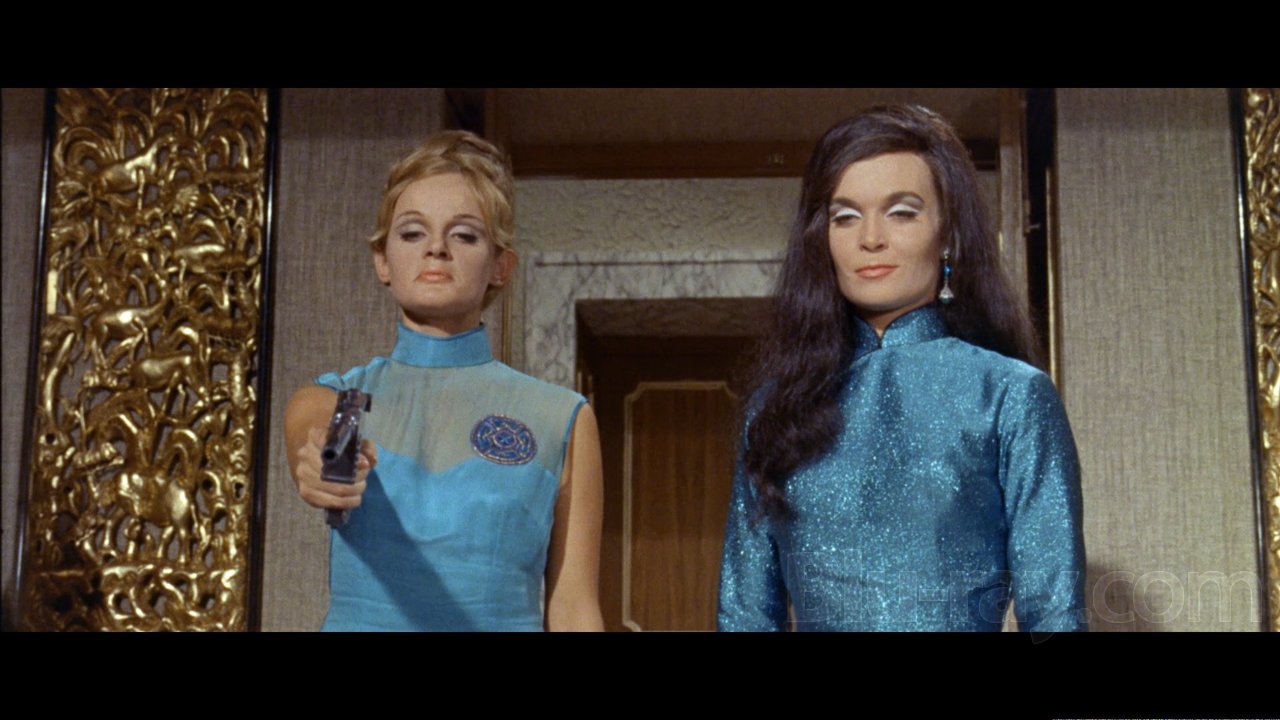 The BluRay presents the film in a nice looking shape. The material looks slightly faded and offers a minimum of damage at times, but looks impressive overall. Probably not more than a 2k transfer though, it lacks that last bit of detail. A fine looking presentation, graced with only the English dub of the film, in decent quality. Overall no reason for complaints and tip of the hat to Blue Underground for giving this oddity the limelight it deserves. There are no extras on this disc save for a trailer and a picture gallery. There's only an English dub for the film.