The Magic Christian is the kind of movie that is bursting at the seams to get into the annals of cult movie classics. But somewhere down the line, it comes flying off the rails. If this was a train wreck, you would want to get off the tracks but without taking your eyes off the damage and destruction you just witnessed. 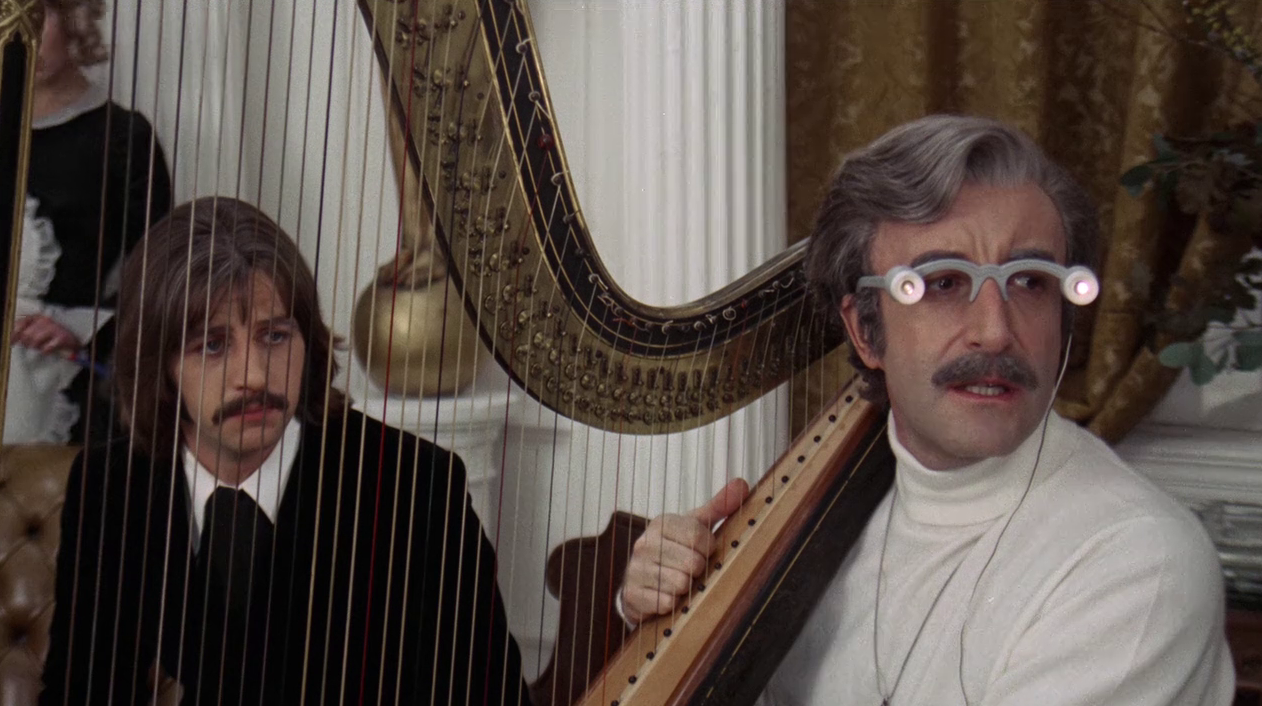 The title gives the impression that you are going to watch a Christian allegory in the form of a fantasy movie. It really would have been better if that was the case. Terry Southern who adapted his own novel might have had a bad trip while writing the movie. And that is one of the main reasons to watch this oddity because it is interesting to see how a meltdown feels.

Southern co-wrote such classics as The Cincinnati Kid, Dr. Strangelove, and Easy Rider, with the latter two getting him well deserved Oscar nominations. He is also the mind behind crazy novels like Candy and well, The Magic Christian. It is the same craziness evident in his writing that he brings to the table here. It is hard to imagine a two-time Academy Award nominee wrote this but when you think about it, even Dr Strangelove felt like it could have gone in the other direction but ultimately didn't because it had Stanley Kubrick's equally weird eccentricities that helped create its own unique magic. 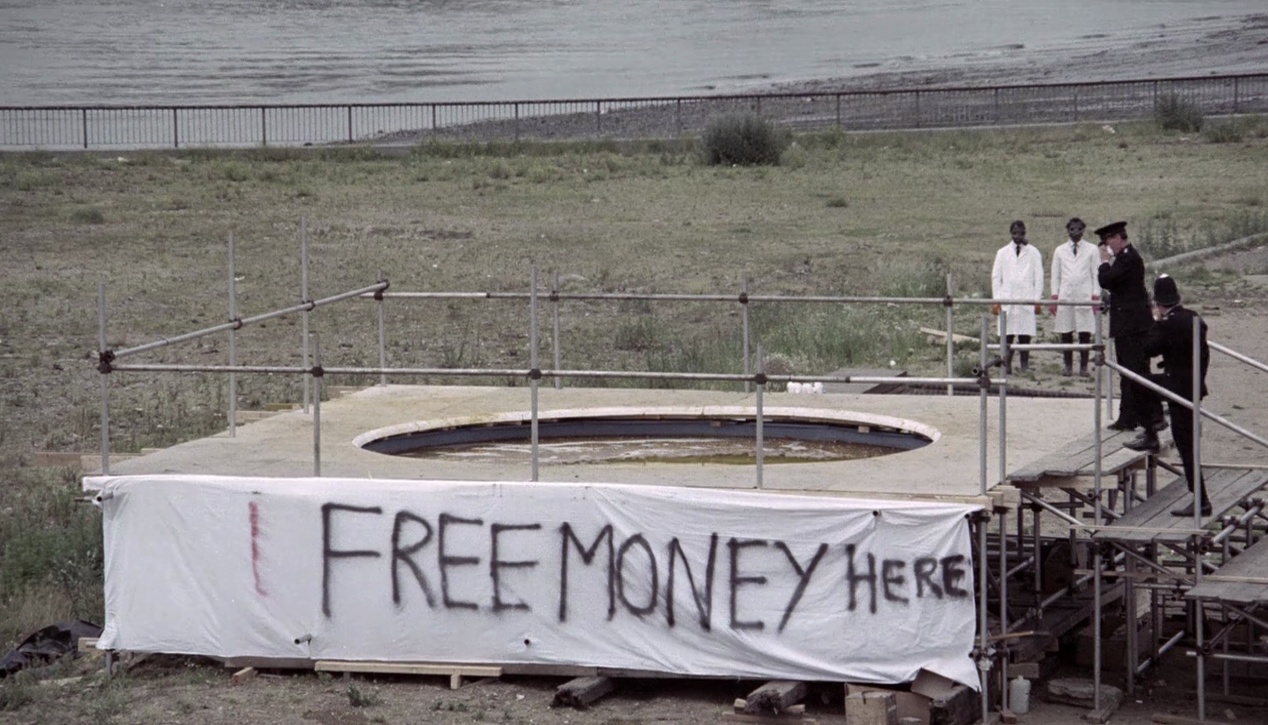 The story is as simple as it gets. Peter Sellers plays a multi-millionaire named Sir Guy Grand who, along with his adopted son Youngman Grand (played by Ringo Starr), plays practical jokes on people. Grand hands out vast sums of money to random people, even bribing them to fulfill his whims and flights of fancy. Grand does all this to teach his adopted son about the adage that everyone has their price. They need to push people to see how far they are willing to go.

Their whims include buying an expensive painting and ripping it apart with a knife in front of the curator or making a traffic policeman take back the parking ticket he gave Grand and eat it. For the right price, of course. All this escalates to a climactic showdown where he fills a swimming pool with cash and dumps it with a pile of money with a board reading FREE CASH!! The only catch is he filled it up with shit and piss instead of water. That is how crazy his antics to test people get. 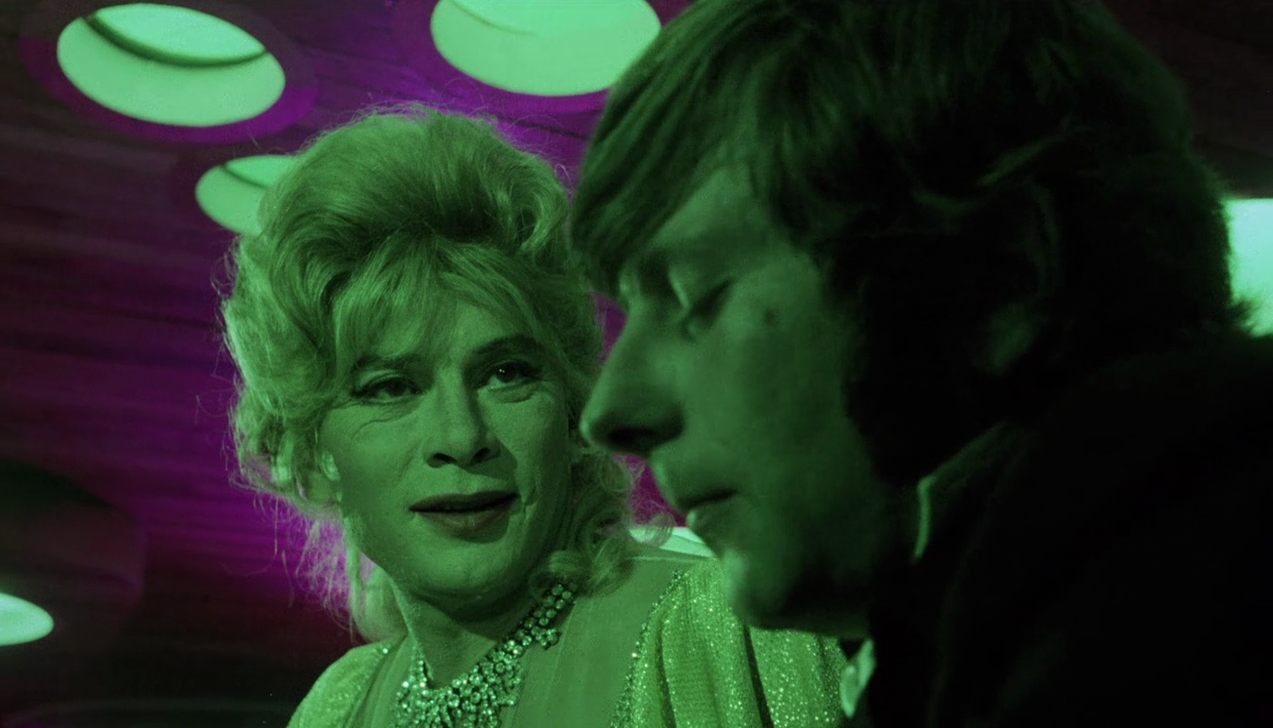 Between all that, they encounter several weird characters, including a transgender cabaret singer (played by a sporty Yul Brynner), a slave owner called Priestess of the Whip (Raquel Welch at her usual sensual best) and even a vampire (Christopher Lee) spoofing his Hammer Dracula routine. All that adds up to one nutty movie where you no one would blame you for calling it what it is.

Mainstream critics tore the movie apart when it came out, and they might have got some of that right. As you can imagine from the synopsis, it feels like a bunch of episodic gags strung together and not even great ones at that. The weird editing and score in some scenes like the auction scene, for example, or one involving a cruise ship that looks more like a spaceship, don't help much. 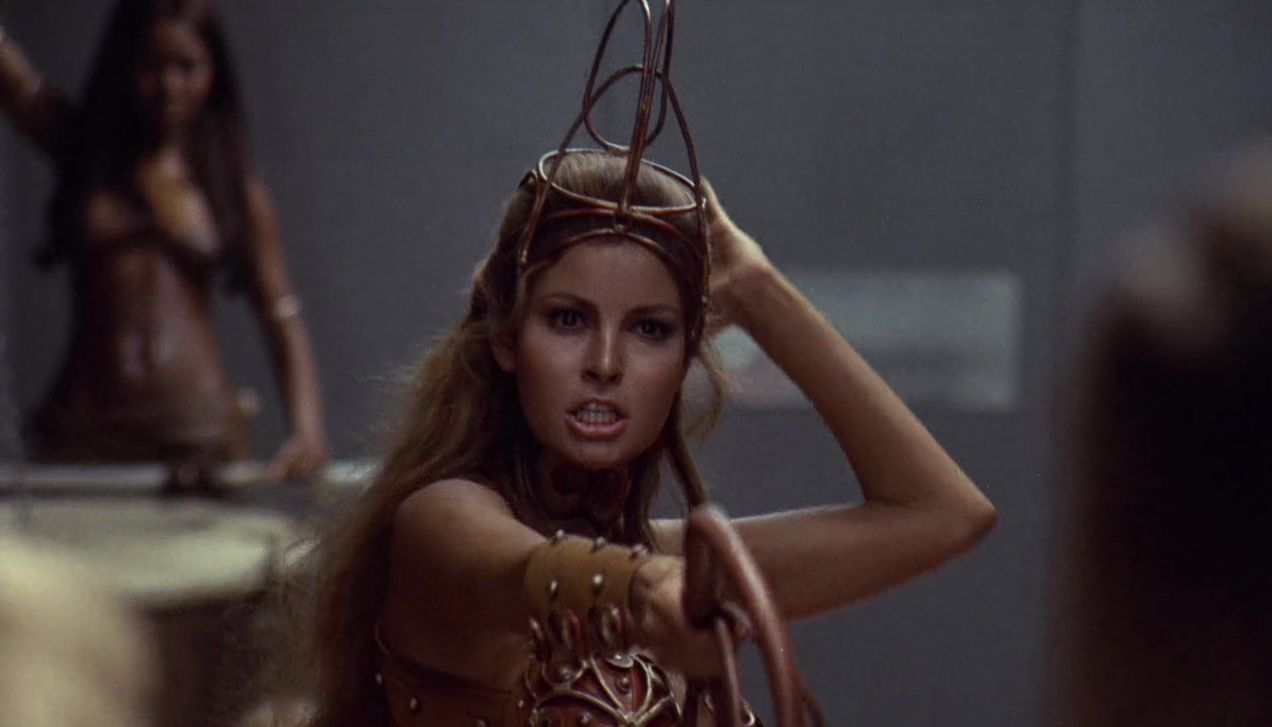 Among the cast, Ringo Starr is pretty enjoyable as the adopted son embarking on an adventure with his crazy father. All the cameos are also pretty fun as it is great to see all the A-listers poking fun at themselves. The main problem is, strangely enough, Peter Sellers. A significant factor that makes his performances so enjoyable is how people react to his antics. But here, it feels strange to see a comedy where he is mainly reacting to other people's antics. That lets down a lot of the gags to a large extent.

It is, in a way, a must-watch for the casual viewer to see what Peter Sellers did between the popular Pink Panther movies. It also deserves to be seen for how all these great actors and a fantastic writer got together. They pooled all their kookiness to create a blend that might not be for everyone—and could even put a lot of people off. Still, it is way better than that pool that Peter Sellers makes the people jump into at the climax, which is what many critics suggested the audience who watched this movie should do.