The Last Woman on Earth

The Last Woman on Earth (1960, USA) is a Science Fiction film directed by Roger Corman. 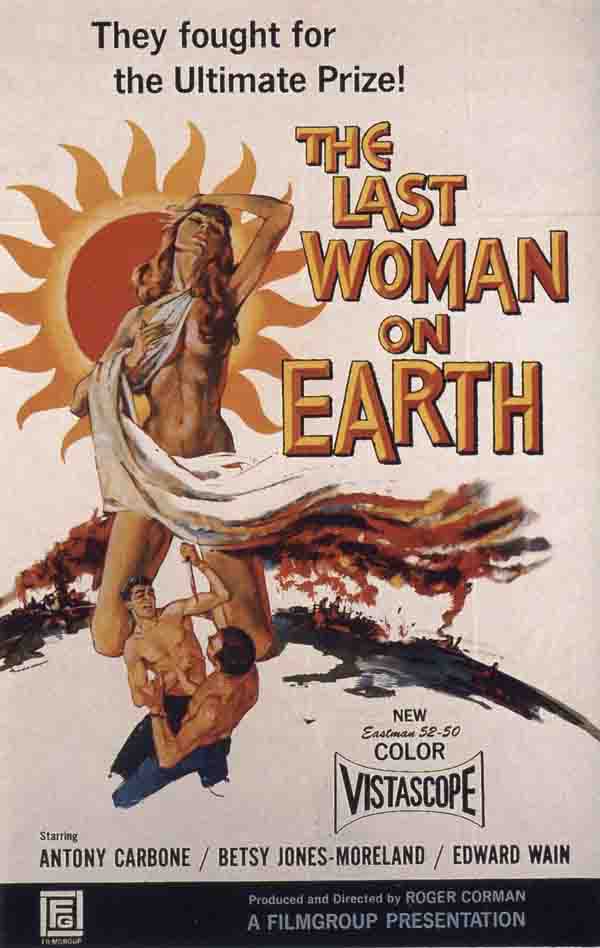 Last Woman on Earth (often referred to as “The Last Woman On Earth”, although appearing without the word “The” in the film's actual title-card) is a 1960 American science-fiction film produced and directed by Roger Corman. It tells the story of three survivors of a mysterious apocalypse which appears to have wiped out all human life on earth. The screenplay is by Robert Towne, who also appears in the film billed as "Edward Wain". The music was composed and conducted by Ronald Stein. The film was originally released as a double feature with The Little Shop of Horrors. (Wikipedia)