The Last Horror Film (1982, USA) is a Horror film directed by David Winters. 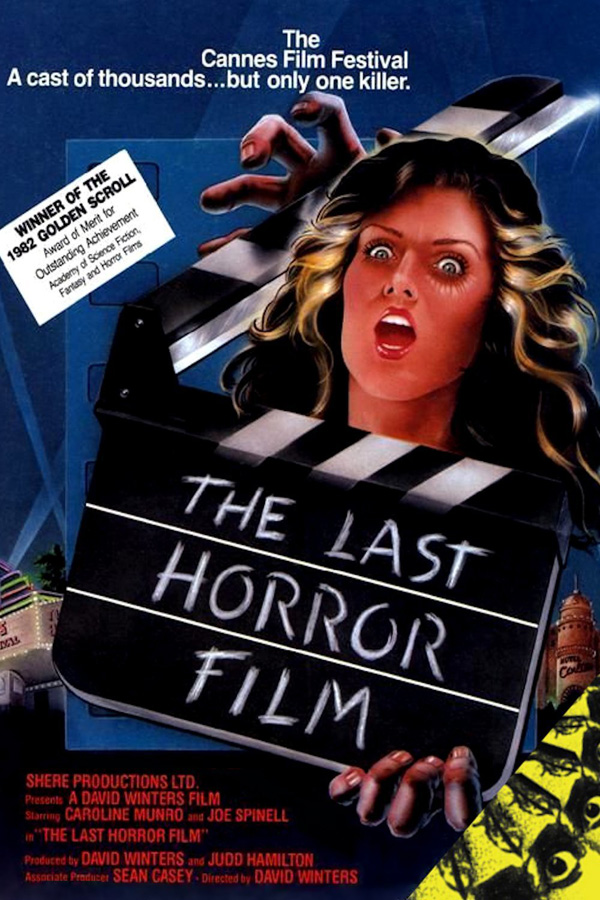 Joe Spinnel (THE GODFATHER, ROCKY, MANIAC) plays Vinny, a cab driver with dreams of being a major Hollywood producer. Determined to have Jenna Bates (Bond-girl Caroline Munro) star in his first film, Vinny follows her to the Cannes Film Festival where she's busy promoting her latest horror flick. He becomes obsessed with Jenna. He becomes FANATIC! Once in Cannes, FANATIC begins to reveal the dangerous and deadly side of obsession and the stalking begins! The suspense and eroticism in FANATIC are surpassed only be its blood-chilling horror as this Hollywood scream-queen learns about true fear and paranoia. The cabbie/wanna-be producer fixates pn his "leading lady" and he'll do anything to get her! First Jenna's entourage is murdered one by one. Then bodies begin to disappear. Even worse, when Jenna calls the cops to investigate they begin to doubt her. Could it be a publicity stunt for her next movie? Or else has her mad stalker finally gone over the edge? Who else will get in the FANATIC'S path on his way to have Jenna, and when will the carnage in Cannes end?