This adaption of William Bradford Hui's popular 1968 novel of the same name, is a multi-cast, purposely sensational (as the book was) look at race relations, changing times and shifting attitudes in America's Civil Rights-era south. Ripped from the headlines, The Klansman is both an unabashed exploitation picture and an attempt at social commentary.

The spirited cast of characters who inhabit the dusty town of Atoka County, Alabama—this picture's Ground Zero—include Richard Burton (!) as a heavy-drinking but sympathetic to the black cause land owner, OJ Simpson as a militant-minded revolutionary (nighttime shots of Simpson lurking in the bushes readying for an ambush have a resonance today that they didn't at the time), Linda (Dynasty) Evans as a woman whose unconventional behavior leaves her ostracized, "The Queen of Las Vegas" Lola Falana as beautiful expatriate who is violently gang-raped, Lee Marvin as a beleaguered (and conflicted) Sheriff, and Cameron Mitchell as a (necessarily) racist Ku Klux Klan rabble-rouser. 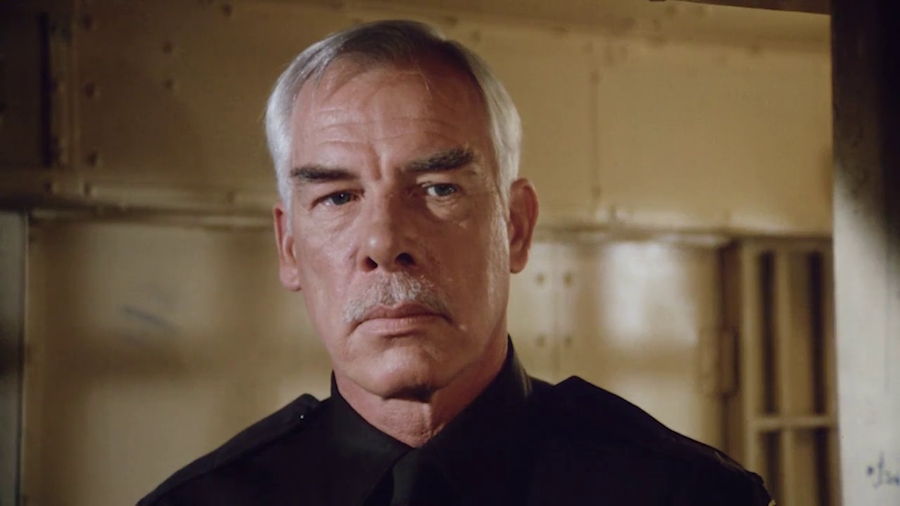 Not as tawdry, over the top, or, for that matter, entertaining as the following year's like-themed Mandingo (or Mandingo's sequel Drum), The Klansman is worth a look—if only for its chutzpah. It's an overpopulated hodgepodge of faces and ideas that, in the end, delivers what it promises: colorful bunk. (The Staple Singers' ironic theme song "The Good Christian People" is a clever plus.)