The Karate Killers (1967, USA) is a Spy film directed by Barry Shear. 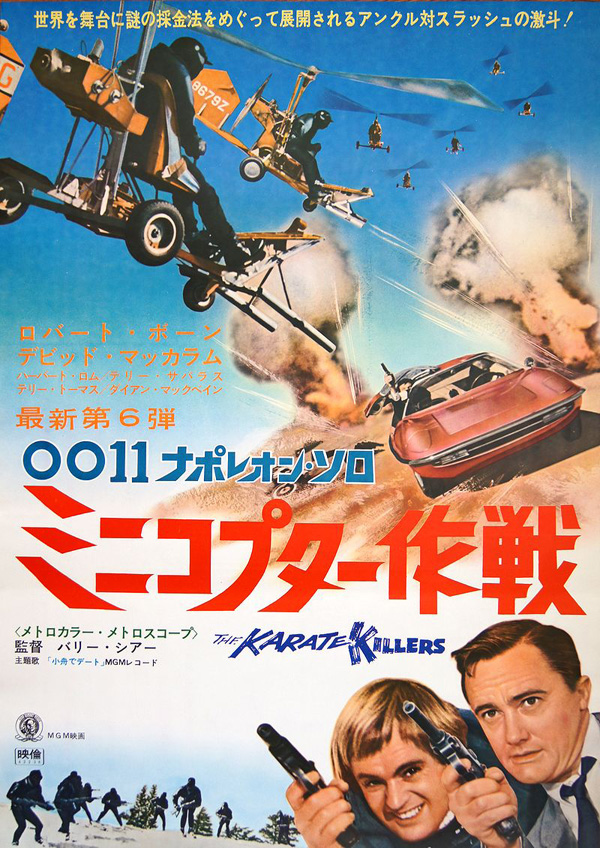 The Karate Killers is a 1967 feature-length film version of The Man from U.N.C.L.E.‍  '​s third season two-part episode "The Five Daughters Affair". The episodes were originally broadcast in the United States on March 31, 1967, and April 7, 1967, on NBC. It, as does the television series, stars Robert Vaughn and David McCallum. It is the sixth such feature film that used as its basis a reedited version of one or more episodes from the series. Joan Crawford, Telly Savalas, Herbert Lom, Diane McBain, Jill Ireland and Kim Darby are among those in the cast. Jill Ireland was David McCallum's wife when the movie was made. (Wikipedia)