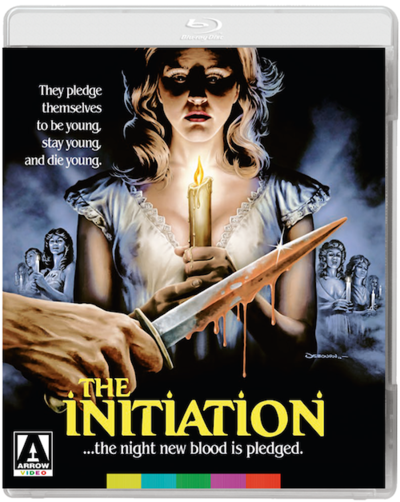 Kelly’s new sorority has a special initiation ritual in store for her – an after-hours break-in of her father’s department store. But what begins as a night of harmless college fun turns sour when, once inside the enormous mall, Kelly and her fellow pledges find themselves locked in for the night… with a deadly intruder stalking the corridors.

Arriving in 1984, The Initiation might have been late to the slasher party, but, alongside the likes of The House on Sorority Row and The Mutilator, it remains one of the stronger entries to emerge in the latter days of the slice-and-dice boom.