1981 was quite a year for werewolf movies. Two classics about these kinds of ferocious film creatures were released. First, there was An American Werewolf in London directed by John Landis (who later directed a werewolf-themed music video, "Thriller" by Michael Jackson) and another by Joe Dante called The Howling. If you think it was just an ordinary werewolf movie, you're wrong...dead wrong. 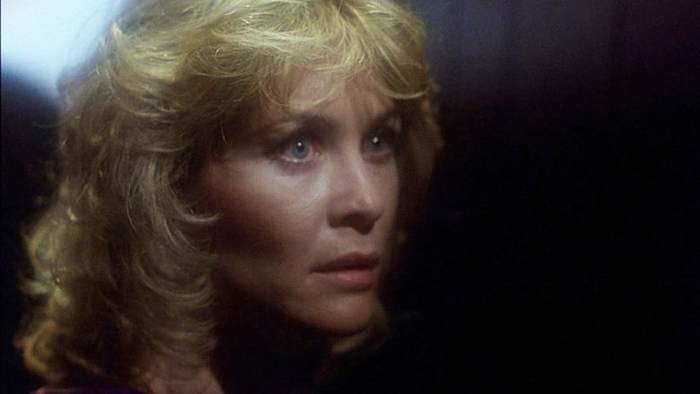 The plot concerns Karen (Dee Wallace), a beautiful TV anchor who takes part in a police scheme to catch Eddie Quist, a serial killer who's been stalking her. Although the plan is successful, she is traumatized from that scary night. She can't watch the news properly or sleep peacefully. She goes to Dr. George Wagner, a famous therapist who appears in the movie on TV to talk about his self-help book and the "repression" theory, which says "Humans should not repress their feelings" and "We should never deny the beast within us". Dr. Wagner tells Karen she and her husband should go to The Colony, a secluded resort for therapy. Unfortunately, there's something truly scary going on there. Meanwhile, Karen's friend Terri (played by gorgeous Belinda Balaski) and Chris are working on the Eddie Quist investigation and they find out that Eddie is nowhere to be found. 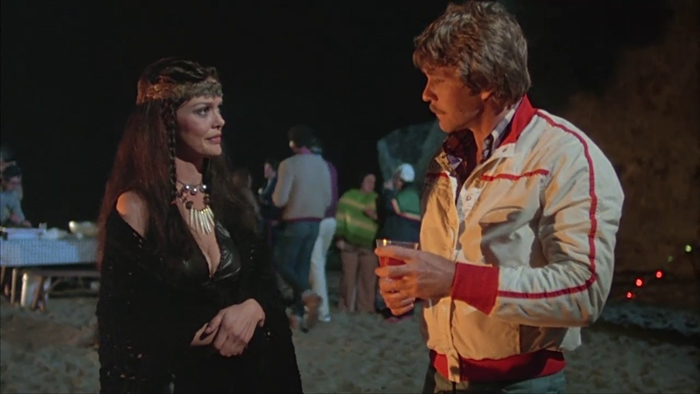 As you can see, not only does this film offer werewolves, but also a social commentary on two topics. First, the self-help movement. I gave you a hint above about Dr. Wagner's theory. It sounds like every other "10 ways to improve your self", "5 steps to get rich" scheme etc. The direct purpose is to make the readers feel comfortable and confident in themselves. But on the other hand, it turns you into one of the writer's followers. You'll be nothing but a robot that spreads the word to other people again and again and again. This film tackles that topic really well. The next commentary it gives is on the media. (SPOILERS AHEAD) In the last scene, there's a character in the film that's transformed into a wolf on a live TV broadcast. While the crew in the studio are scared to death by what they just saw, the audience of the broadcast think it's just special effects. To us, the audience, this reaction is not a surprise at all. We live in the world of illusion everyday. So, naturally, when real things do happen, it's pretty hard to believe it. 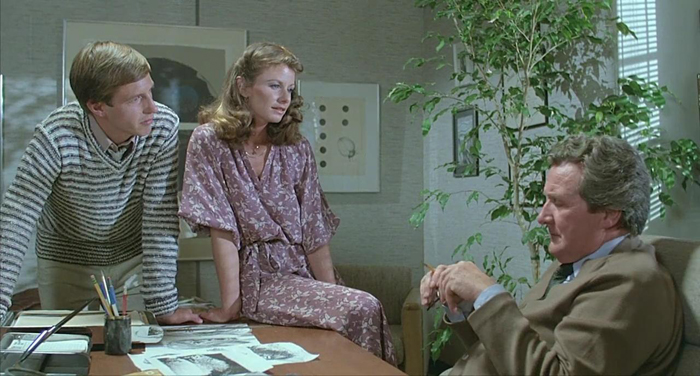 Speaking of illusions, this film has a lot of cool visuals. There are many scenes that use color effects and camera angles to give the audience excitement. There's many genres covered as well, from Werewolf movies to Slasher films to Black Comedy. Yep, this film has lots of subtle black comedy. For example, everyone who lives in The Colony eats a brand of canned food called "Wolf". The scene where Terri is about to get killed by the wolf, the film cuts to an animated sequence depicting a wolf planning to eat a sheep (that's totally clever). The film was shot on a low budget, but the final product doesn't look cheap at all. It looks very good especially the wolf transformation scenes. 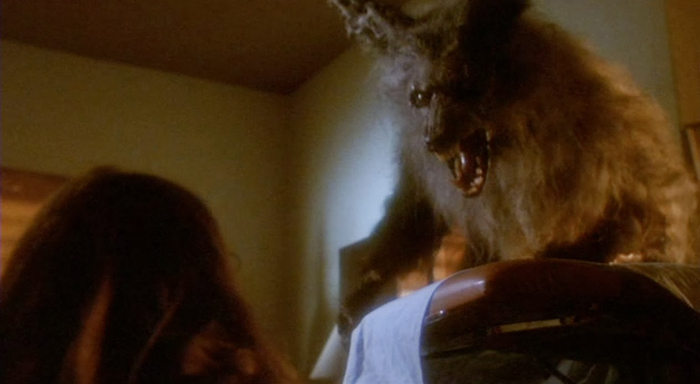 Nowadays, werewolves are not quite as popular as they used to be, but the illusions in media and the self-help movement are still going. The Howling will make you feel insecure about werewolves and our modern world at the same time.