The House Where Evil Dwells review 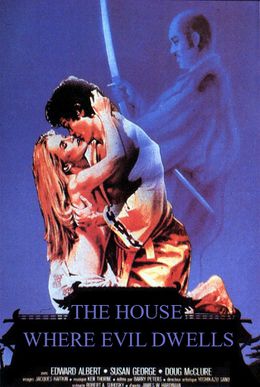 The film opens with a sequence set in 1840 Japan: A samurai discovers that his wife has an affair with one of his students and kills both of them, then commits seppuku. It’s an atmospheric, beautifully executed sequence, almost a movie within a movie (or better: before the actual movie starts) that will stay with you for quite a while.

The remainder is set in modern times, 20th Century Japan. A British-American couple, Ted and Laura Fletcher (Edward Albert and Susan George) is introduced to the house by a mutual friend, an American diplomat in Japan (Doug McClure). Ted is a writer, Laura a bored housewife; he thinks the exotic location may inspire him to finish his new novel, she hopes it’ll breathe new life into her marriage and sex life.

At first, the Japanese house seems to do its healthy work, but soon strange things start happening: things move all by themselves and the Fletchers get the feeling that they’re not alone in their new house. The spirits of the dead have never found rest and now take possession of the new inhabitants, inspiring them to all the wrong things: Ted maltreats his daughter when she refuses to eat her soup and Laura starts having an affair with the diplomat who introduced them to the house ... 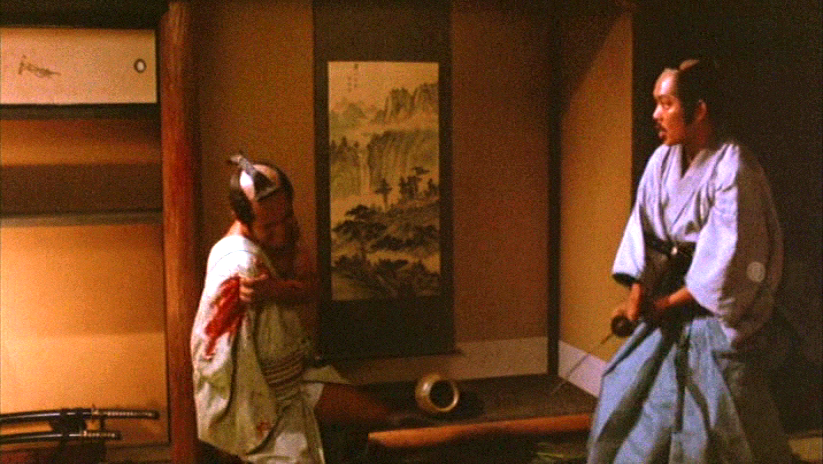 The House Where Evil Dwells wasn’t well received. Both contemporary critics and audiences preferred Tobe Hooper’s Poltergeist, released around the same time and telling a similar haunted house story. Some thought the movie offered more nudity than thrills. The sex scenes involving George are indeed very revealing, but don’t get over-excited: she had looked better in some of her movies from the previous decade. Most people look better at a younger age, but Susan was only 31-32 at the time. Was it her wild style of living*, including affairs with the likes of George Best, Rod Stewart, Andy Gibb, Jimmy Connors and - so it is rumored - even Prince Charles? The special effects vary: The scenes with the spirits - shot with the help of right-angled mirrors (2) - are superior, almost hypnotic, those with a couple of giant crabs far less convincing. There are also some unintentional laughs, notably in a scene with the 12-year old daughter discovering a face in her soup. („There’s a strange face in my soup!“). 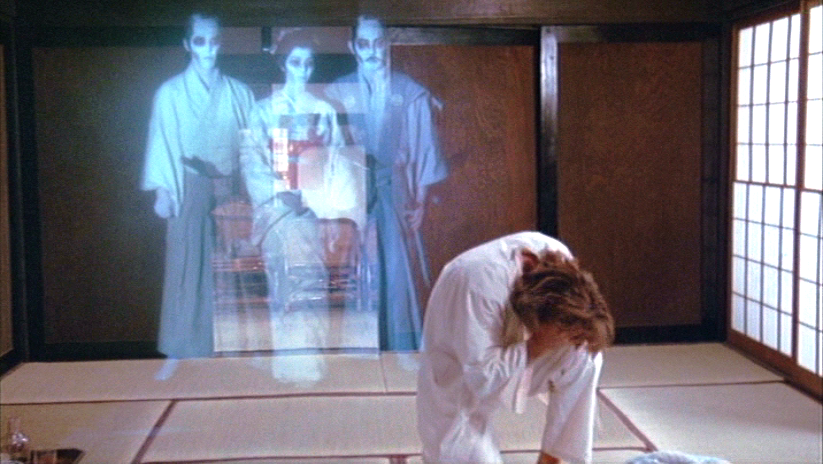 Most recent comments have been more positive. In retrospect it does look better than it it did back then: Poltergeist may have been the better movie, but this one offers a more adult version of the same haunted house material. The traditional Japanese house, with its paper thin walls (1), turns out to be the ideal location for these type of stories: there are a few great scenes of shadow play, the silhouettes of the actors moving like shadow puppets behind a translucent screen. The problem is that the movie is struggling all along to keep up with the promises created in the first few minutes. The opening scene is not only beautifully filmed and atmospheric, but also extremely bloody and violent. We expect a horror movie that opens with such a sequence to be fast and furious, but in reality it’s deliberately paced. Some will call it slow-moving, even dragging a little, but patient viewers are rewarded. The finale is appropriately bizarre and cruel. Watch your head. 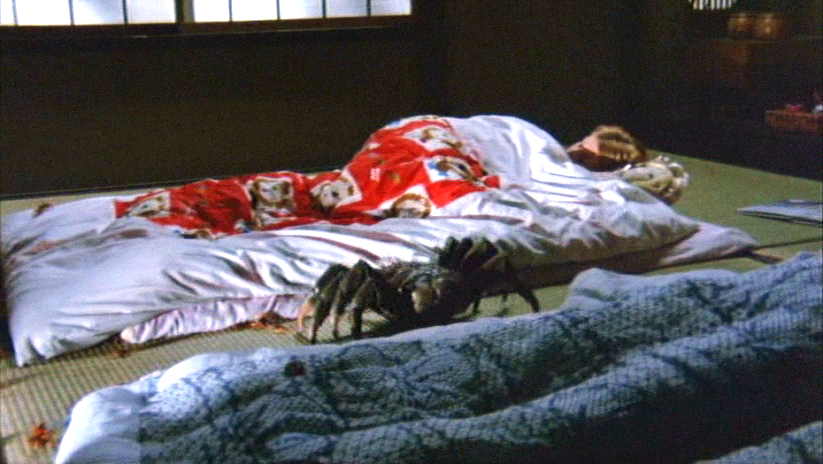 (2) J.K. Muir, Horror Films from the 1980s, Volume 1, p. 254-255. In an interview to the author, director Connor said: "In those days we didn’t have the intricate CGI systems. (We used) an old German technique called Schaufthausen. Basically you shoot the scene with one camera through a right-angled mirror. The ghost actors are on a black velvet background so you can control the density of their image as you shoot, ie you fade them in and fade them out and line them up easily with the 'live' actors.“ For an explanation of the phenomenon, see: [2]