Fast cars have been a staple in American films since the first cinematic images flickered across a wall. Deadly cars, too, have captivated audiences; Death Race 2000 (1975), The Car (1977). But The Hearse takes the car-as-weapon-and-metaphor to a whole nother level. You decide if its higher or lower! 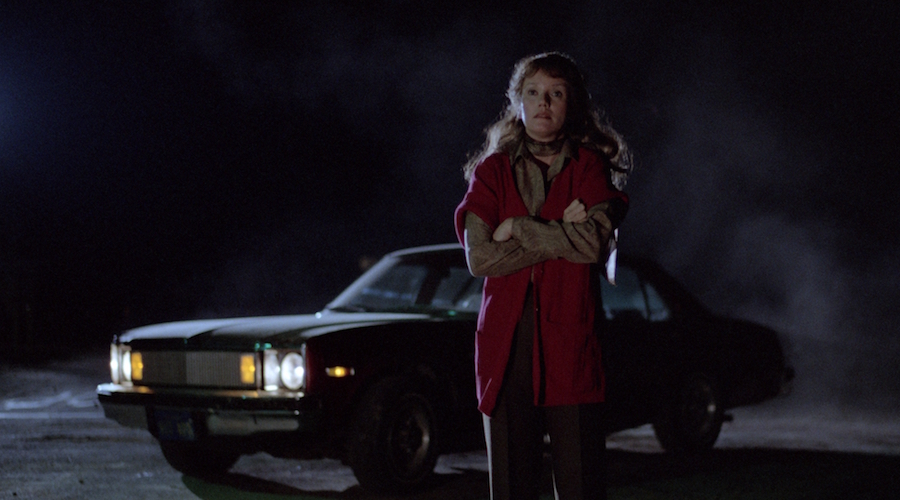 Practical minded Jane Hardy (Trish Van Devere) has inherited a lovely old house in a small midwestern town called Blackford. The problem is that it isn’t lovely at tall—especially as doors, windows and creaking sounds abound, and when she places something on her bedside table, it’s gone when she wakes up. Jane might have had a notion that her experience in the house would be unusual; maybe even deadly. You see, on her very first visit to see the house she was run off the road by a wayward hearse! And that pesky little hearse shows up everywhere: following Jane around as she runs errands, pulling into her driveway at night, and side swiping her.

So what’s a single woman in a strange town being followed by a strange car to do? Distract herself with the attention of the town’s colorful people of course. There’s handsome young suitor Tom (David Gautreaux), neighborhood handyman Pete (Christopher McDonald), creepy Reverend Winston (Donald Hotton), and double-dealing lawyer Walter (Joseph Cotton). 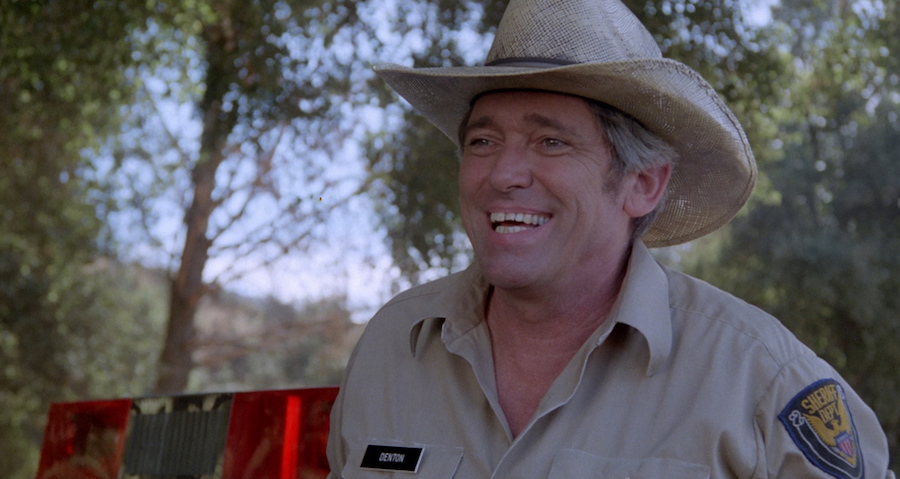 Influenced by the films that preceded it—most notably 1979’s The Amityville Horror, The Hearse is a good enough Saturday afternoon distraction. No blood, gore, nudity or profane language are present in this Rated PG concoction (making one wonder exactly who this film was made for). In the place of the usual genre tropes is a script whose concurrent series of events are oblique. A 1980 mystery oddity.