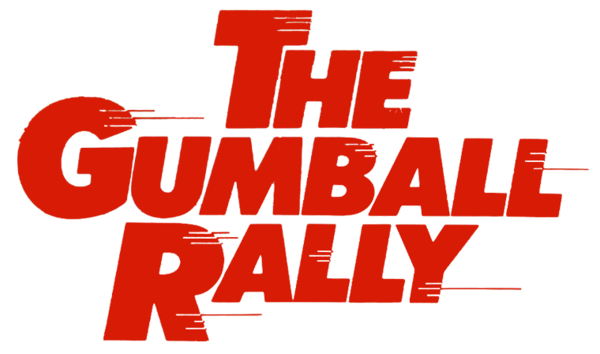 The Gumball Rally is a movie that follows all the rules and ticks off all the boxes in the cross country road racing genre. Although it may not be as widely known as other movies like it that gained more popularity and notoriety. As in it might not be as funny as It's a Mad, Mad, Mad, Mad World, or as star-studded as The Cannonball Run. Even the explosions are not as fun as they are in Gone in 60 Seconds. But the movie does have its set of staunch loyalists. The fact that it was inspired by an actual race and alternatively would go on to inspire another is something few movies can claim. For that, The Gumball Rally does need your attention.

One look at the winning prize and you know that its something that people would want to own and get inspired by. It's a cool looking trophy in the shape of a gumball machine that makes the characters go crazy. That extends to the entire movie as it is a fun time that manages just about to transcend the limitations of the genre. 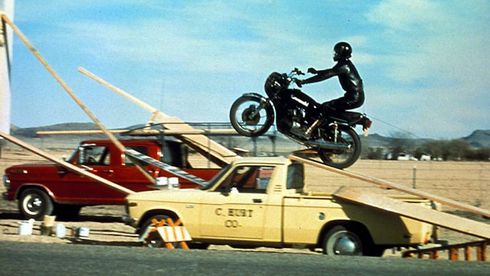 Michael Bannon (Michael Sarrazin) is a wealthy businessman who mainly deals in candy, loves to race, and break the rules. A slight implication is that he generally likes to do this to annoy the cops, namely LAPD Lieutenant Roscoe (Normann Burton). As he issues the code "Gumball" to his fellow race enthusiasts, they embark on a coast-to-coast no speed limit race. The only rule as one of the characters says is that there are no rules. Pretty soon, Roscoe is on their tails, and the rest of the movie deals with the comedy hijinks of all the driving teams.

Michael Sarrazin, most known for his role in They Shoot Horses, Don't They?, is well cast as the eccentric millionaire who instigates the whole race. You can see why all these people will rally around and participate with him, even at the cost of their lives and limbs, or worse, getting caught by Lieutenant Roscoe. Played by Normann Burton (most known as Felix Leather in Diamonds are Forever as an ineffectual buffoon) he does make the character likable enough to maybe actually want to succeed in his quest to apprehend the racers. His final pulling the rug from under their feet moment is also a nice touch that closes the movie.

The supporting players include Raul Julia who was cast against type from his usual intense self and who looks like he is having loads of fun with the role, with his penchant for playing with his beloved gumball gun and stopping the race to woo roadside beauties. Gary Busey is also pretty much playing it straight as a pretty boy type that he was known for back before his crazier days.   As with all the movies in the carsploitation genre, the stuntwork and driving sequences are pretty crazy. The best stunt might be after the race, which ends the movie in a freeze-frame when a bike stops just short of crashing into a ship.

The Gumball Rally managed to usher in an entire subgenre of cross country race films, including the immensely popular Smokey and the Bandit and Cannonball Run series. These movies pretty much worked towards unintentionally helping to usher it into obscurity while defining the genre. It is kind of sad to note that beyond its die-hard fans, the movie is not that well known.

To give it credit, it also probably inspired the annual MiceChat Disneyland Gumball Rally, a race through Disneyland to see who can ride the most attractions in a single day. You know a movie is legit when it inspires scores of people to dash around Disneyland for a gumball trophy. That alone should make you curious to see the picture that inspired it.