The Gong Show Movie (1968, USA) is a Comedy film directed by Chuck Barris 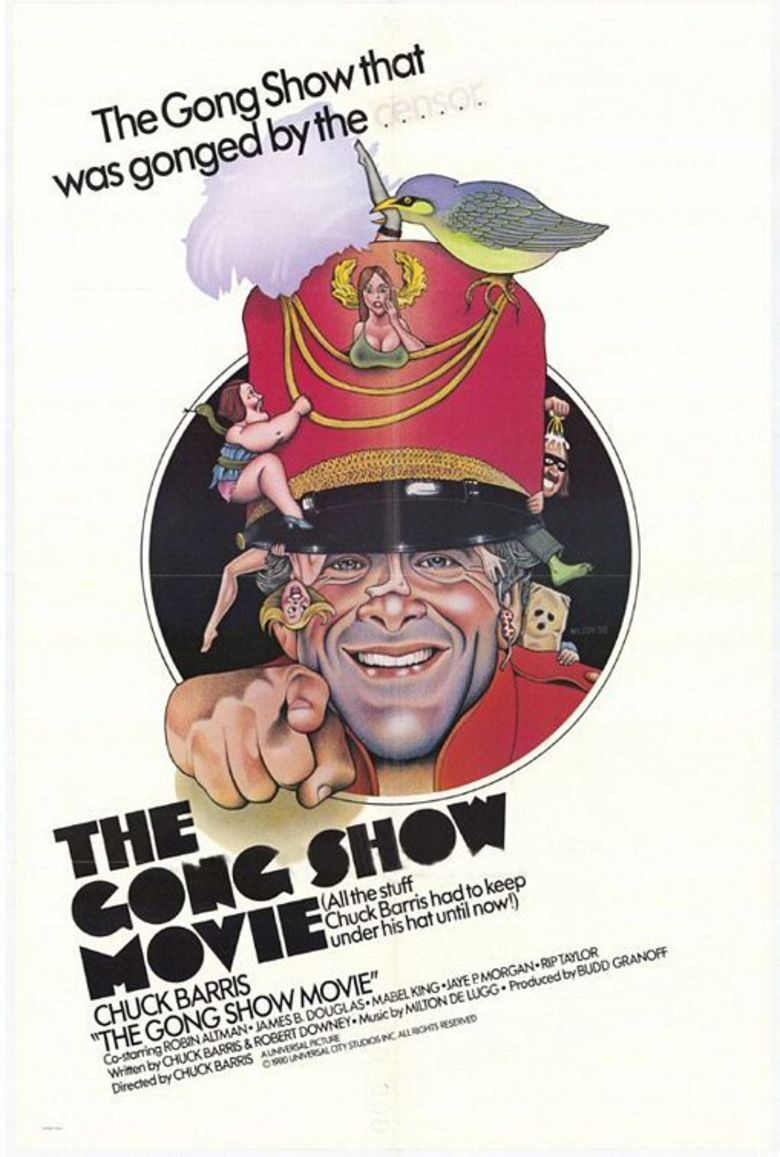 The film shows a fictional week in the life of Chuck Barris as the host and creator of The Gong Show, through a series of outrageous competitors, stressful situations, a nervous breakdown (which compels him to run away and hide in the desert) and other comic hijinks in his life and work on the TV show. Among the highlights included a group of men dressed as a Roman Catholic priest and three nuns lip-synching Tom Lehrer's song "The Vatican Rag", a man blowing out a candle with flatulence, and the uncensored version of Jaye P. Morgan's infamous breast-baring incident. (Wikipedia)