The Fear of 'Halloween' - a review 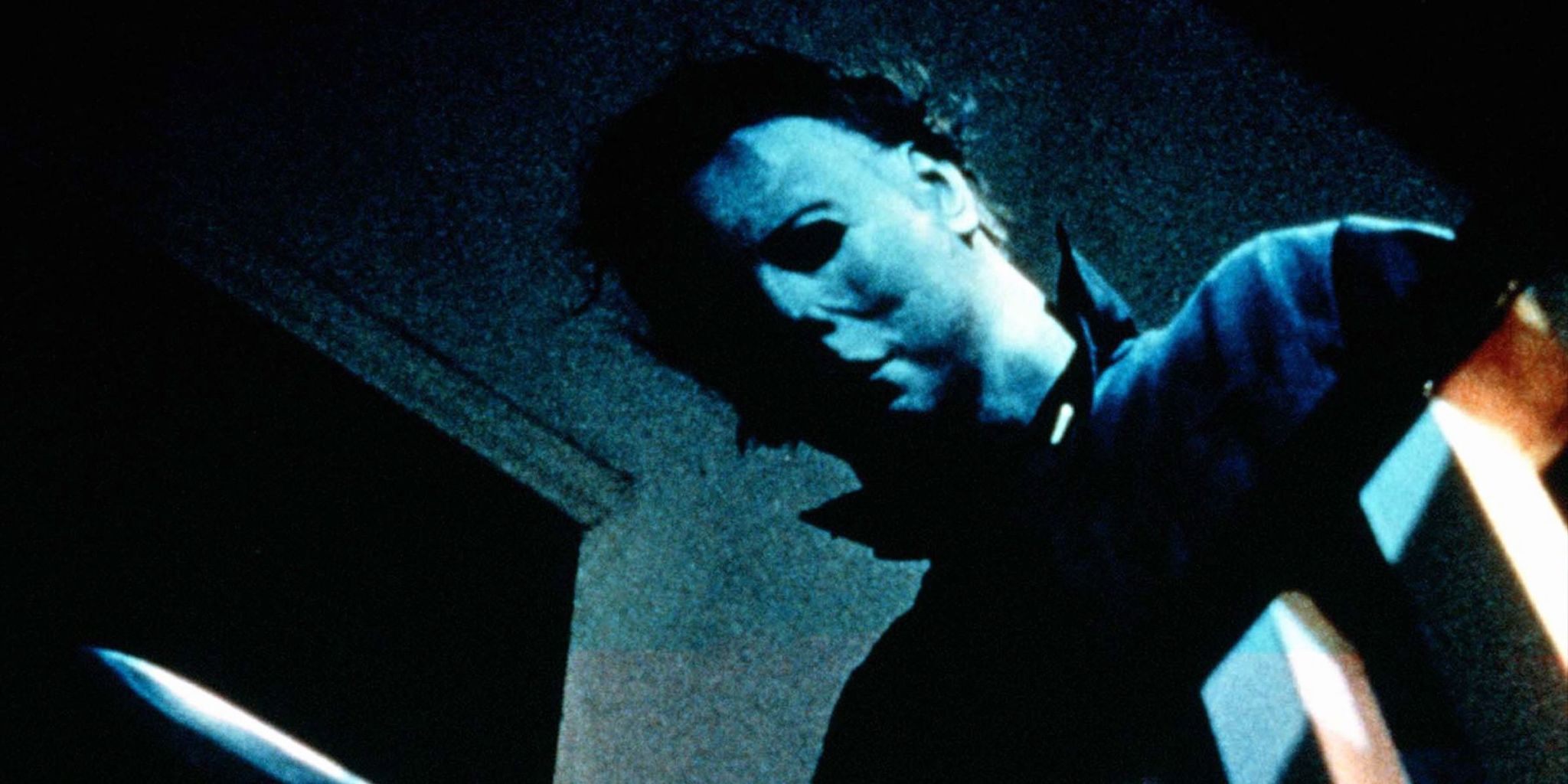 If we were to strip movies down to their basics, the viewers can often find one strong undercurrent that is running through them. That one strong emotion that the creator wants their audience to identify with is most easily found in a horror movie or a thriller. Psycho for instance has ‘being trapped’ as one strong theme running through its vein, Night of the Living Dead showcases ‘Panic’ in its pure form, The Innocents delves into the question of ‘Corruption’.

Similarly, Halloween by John Carpenter explores the idea of ‘fear’ at multiple levels.

The movie begins with the fear of the ‘unknown’. An unknown entity (shown from First person Point of View) is seen spying on a couple during Halloween’ night, they get a sense of someone being around but dismiss it. As they move upstairs, it enters the house and gets a knife from the kitchen. The tensions rise as we see the boy leave the house, the entity goes upstairs and enters the girl’s room. It wears a mask left by her boyfriend and then proceeds to attack her. The girl is shocked by the sudden appearance of this entity and goes on to name him- Michael. He then continuously stabs as we see her body collapse on the floor.

But we don’t know how he looks like, what his age is, what his motivations are. He speeds past her room, down the stairs and outside the house, where he is unmasked by his returning parents. What we see in the next shot is a mere six or seven-year old boy standing with a knife in his hand.

However, unlike many horror or slasher movies, Halloween doesn’t keep the fear of unknown as fear of undefined. Michael Myers has a clear ‘shape’ and form, is seen wearing a mask and appears intermittently in the movie. He’s seen in Haddonfield as soon as Laurie Strode drops the keys at Myers household, the sequence ends as Laurie’s humming is drowned by his breathing.

Laurie (Jamie Lee Curtis) later sees him while she’s in her class, from her window we get a clear view of him standing in a distance with his car. (one he stole from his Doctor Sam Loomis and Nurse Marion Chambers) And it is not a glance-and-vanish sighting either, (though this movie has plenty of them) when Laurie looks away from Michael and then gets back, he’s still there.

Similarly, when Michael speeds past the three girls in his car, he stops after Annie shouts at him. It stuns the girls and makes them stop in their tracks- they are visibly shaken by what has happened. He is also clearly visible to Tommy Doyle on a number of occasions. 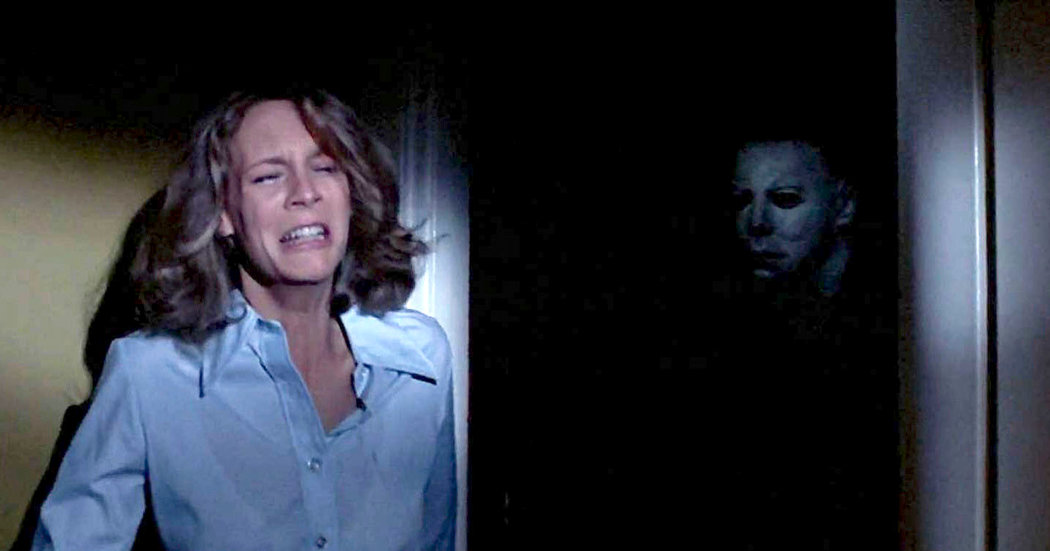 But all his appearances are there for a reason. If his face is ever shown on screen- it is in quick flashes (when he hijacks the car or when Laurie unmasks him), he is shown from distance on a number of occasions (almost appearing like a shadow at times, especially in one scene where he stalks Tommy in the playfield, following him for some time before leaving). So, there is a lot which the characters don’t know about him despite having seen him and it is for us, the viewers, to ‘interpret’ him through events of the movie.

Then there is the fear of the innocent- portrayed by the fear as witnessed by the girls and that of the kids. Tommy has been pretty early indoctrinated to the legend of the ‘Boogeyman’. This is the fear of a malicious entity against whom you are powerless and whose only purpose in life is to threaten and hurt you. Michael Myers becomes the embodiment of this fear. Like a Phantom, he can appear or disappear at will. This is showcased perfectly during the Laundry sequence and the sequence where Bob is murdered. He is there for us building up the tension. We know what will happen next, yet are helpless.

He is no mere human, he murders two dogs even eating one of them, forcing Sam Loomis to correct the Sheriff “This isn’t a man.”, when the latter is commenting on how unlikely it was for a human to commit such acts. 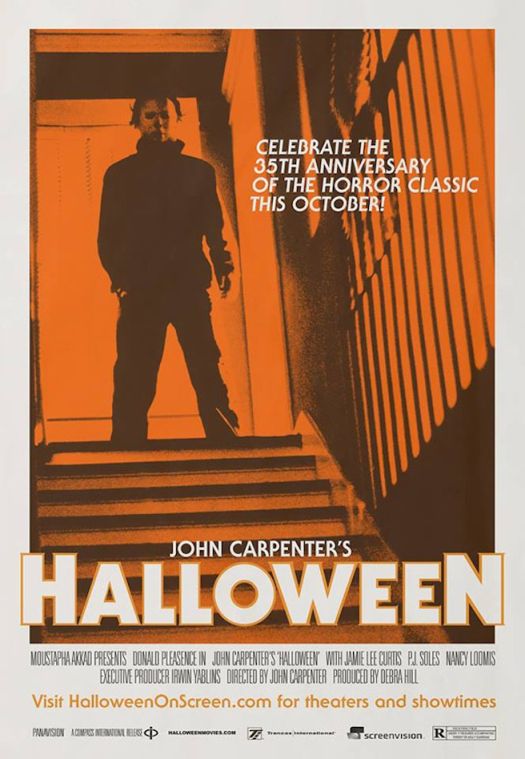 It is almost like he’s a Supernatural Entity, a Ghost, a Boogeyman. Waiting for the characters to be alone, for that is when he will strike. He appears out of nowhere in Annie’s car, He is seen for one second and then vanishes while Annie is on the phone, He is very suspiciously positioned at the last door that Bob would open when he had gone down to grab a can of beer. There is an element of realism not in the sense in which these sequences take place (any maniac would be breathless if he had to actually run around to stalk people, disappear as soon as they turn around or appear at different doors in less than a minute’s notice) but in the very idea of fear itself.

The fear of a stalker, fear of unknown- every single place (as seen in the final sequence of the movie) becomes a residence for this idea of ‘fear’, you see things where there aren’t any (When at her place during the day, Laurie looks down, Michael Myers appears for a second and then vanishes), you can deny the same fear in others, as Laurie tries with Tommy but what happens when you see the same?

These two kinds of fears lead onto the fear that John Carpenter seeks to build with his movie: The fear of the entity. Or the Shape. Or Michael Myers.

His backstory solely exists to build the aura of fear around him. His Doctor Sam Loomis (Donald Pleasence rendering an excellent performance) discusses about “emotionless face” and “blackest eyes- the devil’s eyes” of his patient, whom he refuses to even consider a human. To look at it, Sam Loomis doesn’t really have much of a doctor’s role to play in the movie.

His relevance lies in all the times he informs the Sheriff (and us) about the danger and inevitability of Michael Myers.

“Death has come to your little town, Sheriff. Now, you can either ignore it, or you can help me to stop it.”

“I spent eight years trying to reach him, and then another seven trying to keep him locked up, because I realized that what was living behind that boy's eyes was purely and simply... evil”

His appearance is as important as every single time the masked stalker appears to terrorize the girls. Similar things can be said about the scene where the sheriff and Doctor Loomis discovered the half-eaten corpse of a dog, nothing is shown on the screen but enough is portrayed through the reaction of Sheriff Brackett and Doctor Loomis.

To look at it, there could have been a slightly different back-story to Michael Myers but if it stuck to the idea of creating ‘terror’ in our hearts, we would have accepted it as easily as we did this one.

There is a very clear but vague motivation with which Michael Myers commits his crime. Something about young girls excites him and that is why he looks to hunt them down. He does kill others as well- men, boys, animals but stalks only young girls. One can only wonder the kind of impact it would have had on audience of 70s and 80s when the American cities were populated by the fear of Night Stalker and Golden State Killer.

Apart from that weird motivation, everything about him is created to evoke fear. He is always seen (other than two brief moments in his adult form) wearing a particularly creepy mask, The way he breathes under his mask becomes a signal for his presence (added to by the excellent score by John Carpenter), he is seemingly omnipotent (gets shot six times but is nowhere to be seen after that) and omnipresent. There is a supernatural bit to him as well, with the door in laundry shutting on its own as Michael haunts Annie, when the door suddenly opens up while Bob is getting the beer only for Michael to appear moments later.

We are left to question ourselves, are the characters actually experiencing what we are seeing? Whether the door has been opened by Michael while Bob was looking the other way (and Bob thought that the only reasonable explanation for the door to open was wind), or shut on Annie by him (And she thought likewise), as she was about to do her laundry? Did Laurie really see Michael down there or was she imagining it all along? He is real, all of us know that. He is a character in the movie, who kills the other characters and the final girl is eventually saved by her perseverance and a handy role by Sam Loomis but everything is unreal about him. We don’t want to believe him. He’s like that sound that you hear in the middle of your sleep and don’t want to go up and investigate, partially because you are too sleepy and know it’s probably nothing, but partially because you want to believe it’s nothing. A shadow. A menace. A Boogeyman who comes to life.

This is the final fear of Halloween: the fear that lies in the hearts and minds of the audience.