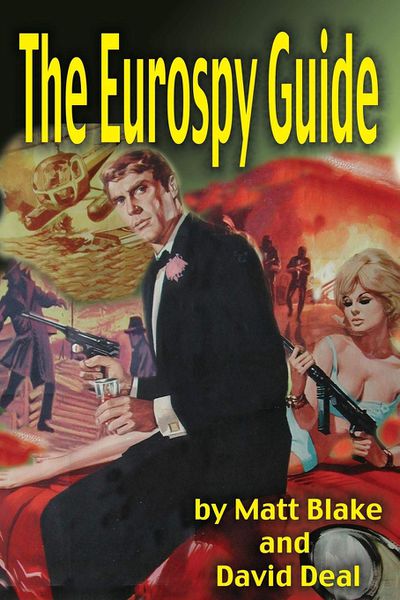 For a brief period in the mid-1960s, the whole world went spy crazy. From Sri Lanka to Poland, from the US to India, cinemas were filled with the exploits of suave secret agents, glamorous femmes fatales and increasingly demented villains. The symbols and images of the genre permeated advertisements, pulp novels and television series as well. No suburban dinner party was complete without a discussion of the latest escapades of a Bond, a Bulldog Drummond or a Harry Palmer. The intention of this book is to examine the more obscure cinematic manifestations of sixties spy mania. Though these films may be almost entirely forgotten today, they were literally everywhere at the time. With the sorry state of the world, what better time than today to delve into the life of a super-slick secret agent? Someone who understands the games that nations are playing, someone who can process incoming information and control—rather than be controlled by—situations. Someone who is backed up by the might of military hardware and brainpower. Someone who can charm the chicks and beat up the bad guys. This is the import of the secret agent: In a world of profound flux, we need the anchor of a hero who is able to do something about the things that we, frankly, have no power over. That, of course, and the fact that the films are bloody good fun.