The Dragon, The Young Master

The Dragon, The Young Master (1978, HK) is a Brucesploitation-Martial Arts film directed by Godfrey Ho. 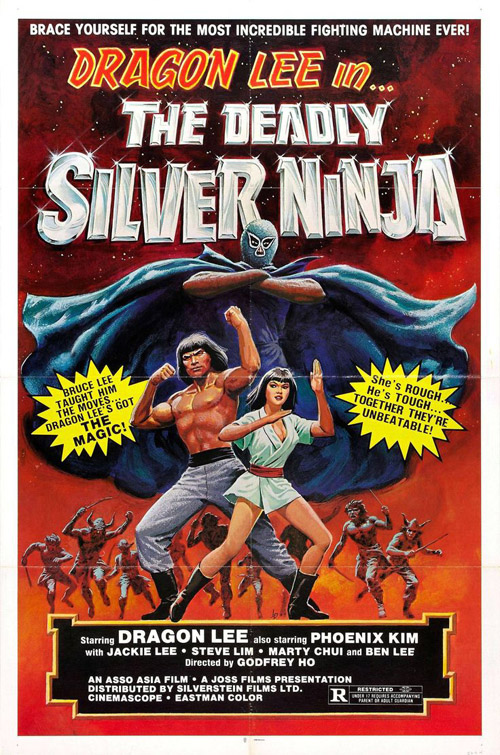 The Deadly Silver Ninja is the first of several Godfrey Ho movies featuring Dragon Lee, who is remembered as one of the few Bruce Lee imitators who actually looked like Bruce. The plot is nothing special - Dragon Lee's father is killed, and he sets out to avenge his death. There are also some jewels buried on a mountain, which everyone is trying to recover. Godfrey Ho attempted a sort of kung-fu comedy style with this film, but the dialogue and editing are funnier than any of the gags in the movie. American distribution of The Deadly Silver Ninja was handled by Joss Films, an obscure company that closed before home video became popular. As a result, this film was not available for home viewing in North America until it was released on DVD by Hong Kong Connection. This disc (like all others from HKC) is now out of print and extremely rare. (Godfrey Ho Movies)