The Double Man (1967, UK) is a Spy film directed by Franklin J. Schaffner. 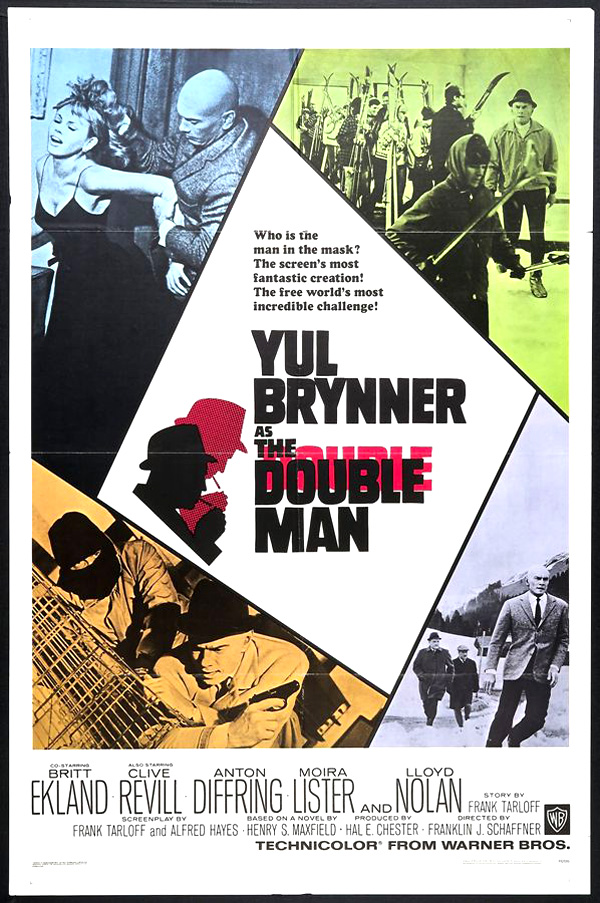 The Double Man is a 1967 British spy film directed by Franklin Schaffner. Its plot is very loosely based on the critically acclaimed 1958 novel Legacy of a Spy by Henry S. Maxfield. As in the novel, much of the action takes place in the Austrian Alps. The film stars Yul Brynner as a CIA agent investigating his son's fatal "accident": although he learns a few things from others, he slowly is convinced something else is happening and discovers that the Russian plan is to put another agent looking like him in place. (Wikipedia)