The Comet Strikes (1971, HK) is a Martial Arts-Horror film directed by Lo Wei. 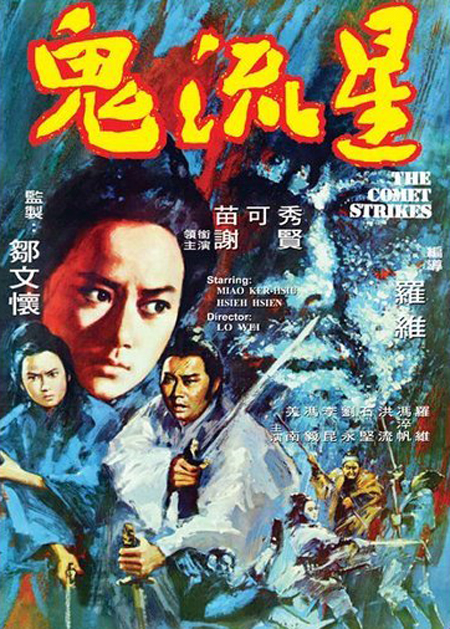 The Comet Strikes is a 1971 Hong Kong action horror film directed by Lo Wei for Golden Harvest. During a time of strife in his court, a king and some loyal ministers hide in an old house rumored to be haunted, its previous tenants, Mr. and Mrs. Tse, having supposedly died there mysteriously. Their son, Tse Tin Jun, also travels to the house to find out the truth about his parents’ death. When one of the ministers behind the revolt discovers the king's hiding place, he sends a military force to kill the king. It is revealed that Mr. and Mrs. Tse staged their deaths to deceive the public and they, along with their son, stand with the king and his party to fight against the rebels. (Wikipedia)