There is a scene about 15 minutes into The Challenge where the bad guys kidnap two men they think have a priceless sword. They do this by shooting the guy tasked with protecting them with a katana. Guess there is always magic in seeing someone swinging a sword around. This despite the pointlessness of bringing a knife, or in this case a katana to a gunfight. 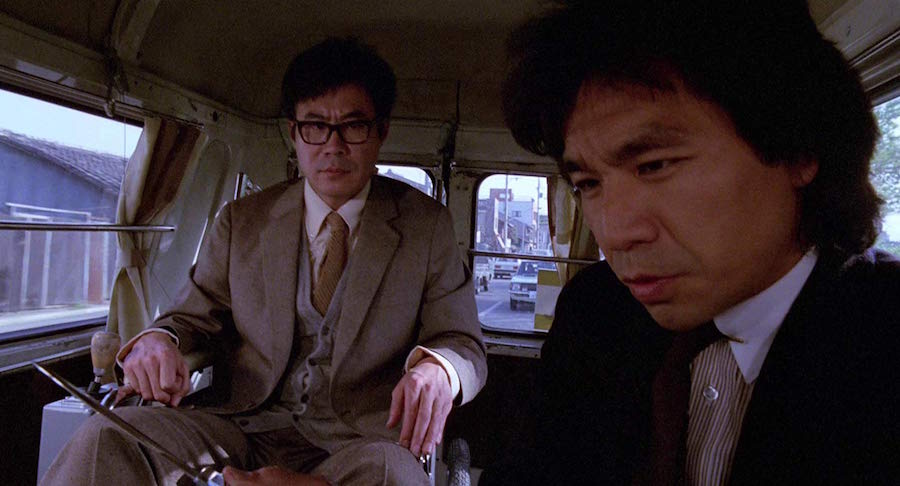 The Challenge is one of those action movies which can be confused for a 'by the numbers' 80's Cannon movie. Wearing their cheapness like a badge of honor while even reveling in it, they often made fun quickies on a low budget with a set of in-house action stars.

So what is surprising is the cast and crew of this movie which catches your attention. It was made by an A-list director, John Frankenheimer, an action movie legend and scored by the great Jerry Goldsmith. It was co-written by a two time Academy nominated writer (John Sayles), although it was closer to his Roger Corman days than his acclaimed writer phase and Marc Norman who actually won an Academy Award for Shakespeare in Love. Its star cast includes cinema legends Toshiro Mifune and then-upcoming action star Scott Glenn. And it certainly does not look cheap with some pretty decent production value and is shot well too (Japan being the principal location). At least on paper, it might have sounded like a brilliant idea. Sadly, it still feels like it got cut short right before the finishing line, despite being a better effort than many 80's action movies. 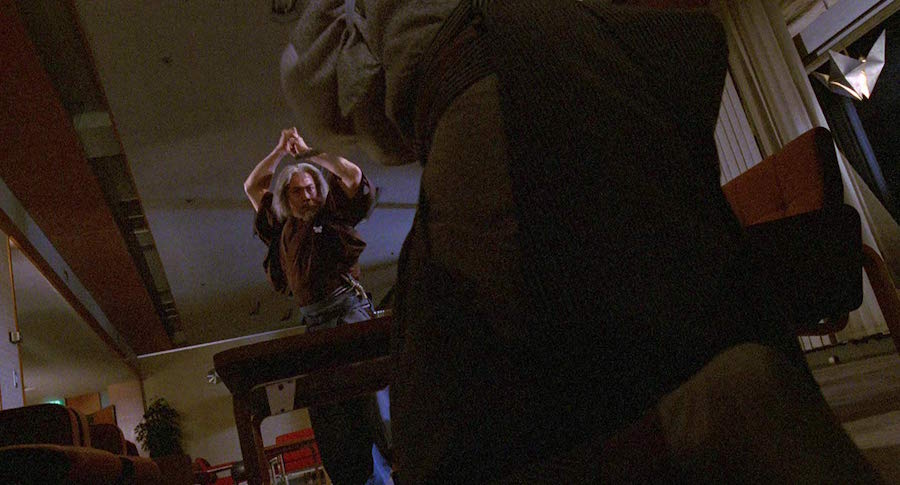 The title gives the impression that you are going to watch a Bloodsport / Mortal Combat kind of tournament movie which is not the case at all. The main character of the movie is Rick Murphy (Scott Glenn) who gets hired by a pair of Japanese siblings. The mission or "challenge," is to transport an ancient family heirloom to Japan. Kidnapped as soon as they land at the airport, Rick realizes he was carrying a decoy. Escaping from his kidnappers, he gets to the martial arts school where he was to deliver the katana. Intrigued by the place he decides to stay and thus begins his journey on the path to be a samurai.

If the middle section starts to feel a lot like The Last Samurai, it not surprising and you won't be alone in feeling that way. The beats are quite similar in the two movies right from:

A) The initial mistrust towards Rick by the samurais B) Training with the samurais where he is often mocked for his failure C) Rick mocking the ways of the samurai to later embracing it D) Which leads him to bond with a samurai child and woman. E) To the sneak attack at the temple by the villain where the hero turns savior. F) Which earns him the respect of the samurais who acknowledges him now. 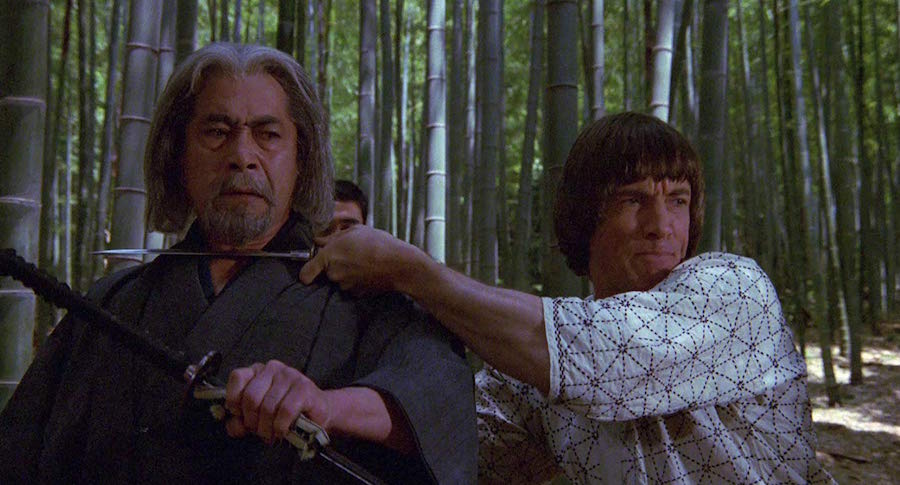 Now it is easy to note the similarities between them, but the same would hold true for any "stranger in a strange land" movie. All this leads to the final confrontation at the villain's lair. The final fight is interesting as the hero uses anything he can find to win. That was nice as it is obvious that his "superior" recently acquired samurai katana skills cannot win the day.

Samurai culture and the films that depict them usually show an uncanny code of honor. It almost always both fascinates and amuses me. How it pops up in the most surprising of times and nearly cripples everyone following it, only to get forgotten at the most convenient of times. Even the big bad wants to follow it at the climax even though it would doom him to his death. This after trying every dirty and mean trick in the book to get the sword. Which is why it made me smile to see the hero fighting dirty while the villain was trying to fight clean in the end.

Scott Glenn always felt like an actor caught at the wrong time. Out of place among muscle-bound men like Arnold or Stallone. Or without the fighting skills showcased by guys like Van Damme, Seagal, Norris, or even Snipes. He didn't even try to survive on a gimmick like Michael Dudikoff (American Ninja). He did manage to survive as he was a far better actor than most of the action stars of that period. Proof of his longevity is his storied and varied filmography where he has shown amazing range. It goes to say that he is well cast here and perfect as the reluctant hero. In a role similar to the one he played in Red Beard, Toshiro Mifune plays the clam teacher here taking on the arrogant student. Albeit in a far lesser quality movie. Still, it is fun to watch him effortlessly going through the motions. 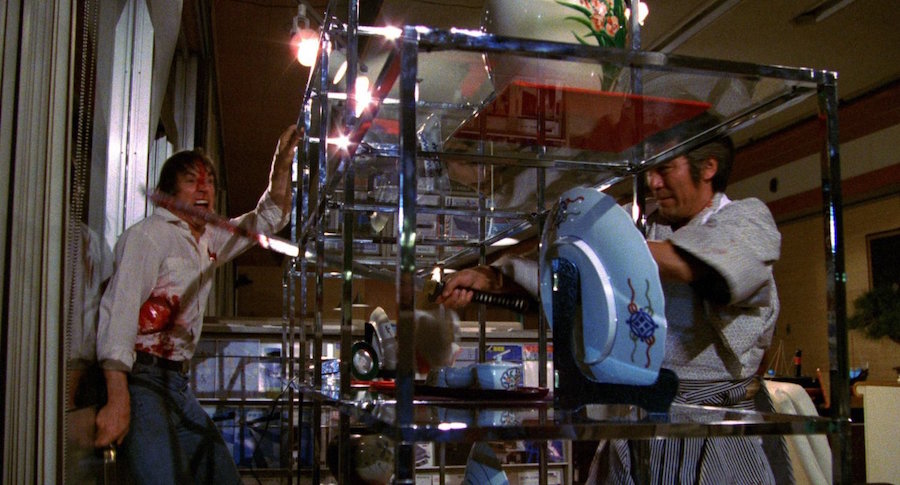 The fight scenes look clean and well-staged which is not surprising since Steven Seagal was the fight choreographer on the movie. The problem is they are few and far between. There are also hardly any memorable scenes in the movie. Except for the mildly amusing scene where Rick is tested by getting buried in the ground up to his neck or the chase escaping his pursuers through a local fish market.

Now it may seem like a superior director past his prime made this movie. Which was not true as Frankenheimer was coming off an incredible run of movies from the '70s. But it might be the start of the fall of one of the greatest action directors of all time. It's easy to argue that the beginning would be his movie Prophecy, but that's moot. But I'll take his lesser movies any day than many similar action movies of that era. It is worth seeking out as it is an interesting genre failure that looks like it was ruined by last-minute meddling and indecisive changes. Almost like Frankenheimer decided to bring a katana to a gunfight despite knowing better.