The Cars That Ate Paris

The Cars That Ate Paris (1974, AUS) is a cult classic Horror-Comedy film directed by Peter Weir 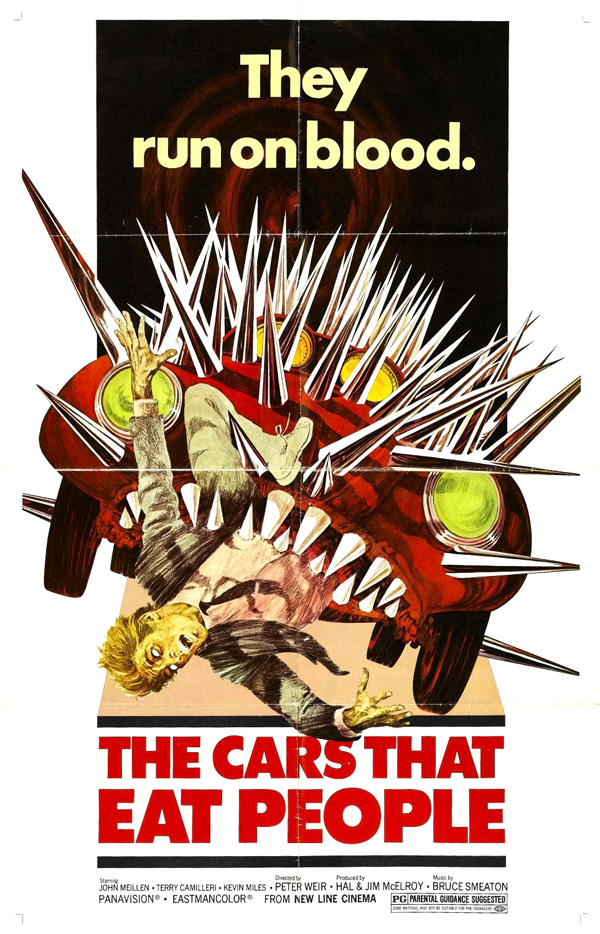 Peter Weir got the idea to make the film while driving through Europe where road signs on the main French roads diverted him into what he perceived as strange little villages. The producers unsuccessfully attempted to negotiate an American release for the film with Roger Corman after it was shown with great success at the Cannes Film Festival. Shortly afterwards Corman recruited Paul Bartel to direct his Death Race 2000; Bartel hadn't seen The Cars That Ate Paris but he was aware that Corman had a print of the film. The movie struggled to find an audience in Australia, changing distributors and with an ad campaign unsure whether to pitch it as a horror film or art film. However it has become a cult film. In the 2015 film Mad Max: Fury Road, a gang of bandits named The Buzzards attack the War Rig driven by Charlize Theron's character. The Buzzards' vehicles have spiked outer armor very similar to the modified Volkswagen Beetle in this film. (Wikipedia)