This often over-looked classic should be on most best-of lists of 80s’ slashers. It has all the wonderful clichés of that genre and is in many ways cinematically well done. The Burning is also unique for being the starting point for many Hollywood household names. On top of all this Tom Savini provides some his most authentic goriness. 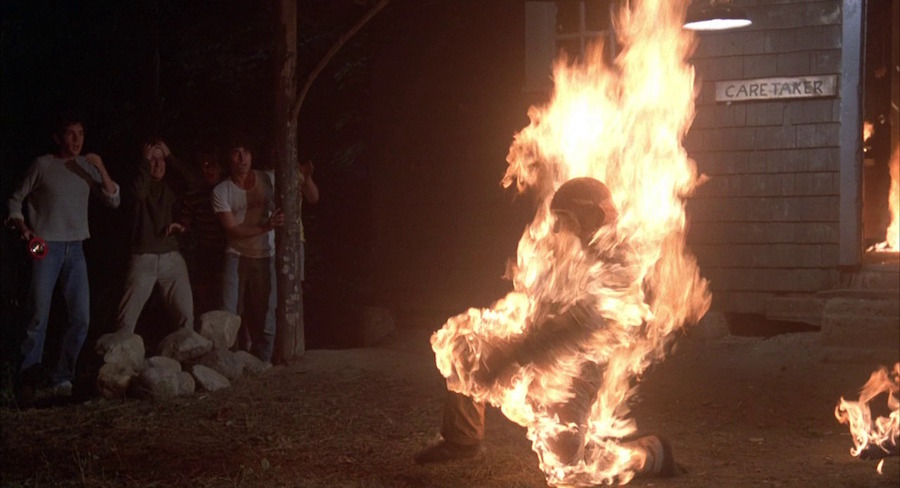 Produced to gain on the popularity of the likes of Friday The 13th, it also shares much in common with that other slasher. The plot centers on kids at summer camp getting up to no good and their antics eventually being their demise. The movie starts off with a backstory of some campers pulling a prank on a caretaker that goes incredibly wrong. In their attempt to try and scare the caretaker, named Cropsy, they mistakenly set the man aflame. The victim ends up in the hospital for some years and is released set on revenge. We get some gruesome glimpses of Cropsy’s deformity and his violent mental state while being introduced to the characters at the camp. The leader is Todd, and he takes a shy misfit named Alfred under his wing after being bullied by tough guy Glazer. There’s also funny kid Dave played by a young Jason Alexander of Seinfeld fame. One of the things that The Burning has going for it that many slashers seem to miss is a realistic and diverse cast with the ability to act. Each character has their own personality and the audience is capable of being interested in them. Along with a non-bald George Costanza, Academy Award nominee Holly Hunter has maybe two lines along with other soon-to-be character actors of film and television. 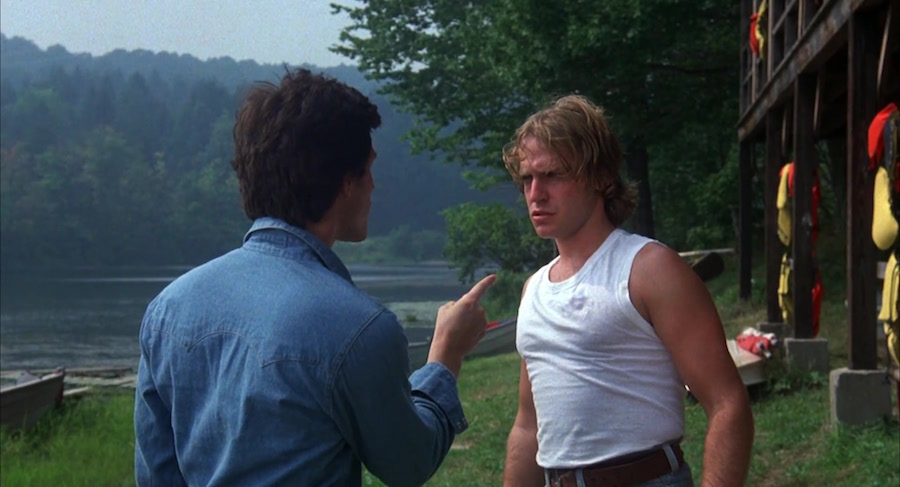 As the young cast are up to their shenanigans we see the point-of-view of the killer hiding in bushes peering at his soon-to-be victims. Very similar to Friday the 13th we initially don’t see the face of the killer and his identity is left somewhat ambiguous more so as we find that some of the campers have issues of their own. This preliminary absence of the villain’s appearance fuels interest in viewing his horrible disfigurement. 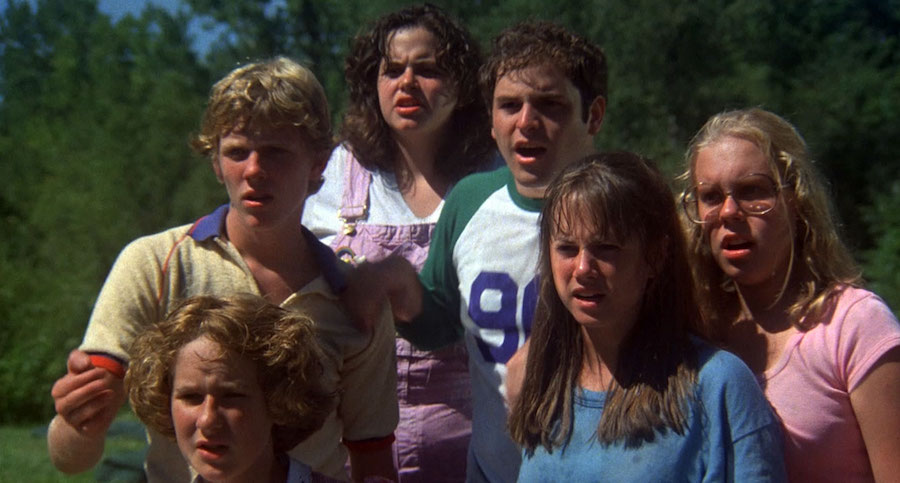 When some of the campers go on a canoeing trip deep in the woods one of them goes “missing” along with all their canoes. The leader Todd looks for the first victim while the others row on a makeshift boat back to camp for help. This is the moment of the famous raft scene. Here we witness some of Savini’s genius; not just for it’s realistic blood work but also for its believability. During the murder scenes the killer’s weapon - garden sheers - jam into wood as well as flesh in order to give the impression of sharp authenticity. The raft scene is memorable and suspenseful. The majority of the film's deaths take place in this one sequence. As the campers move on the water towards what they think is a discarded canoe the crazed burn victim jumps out and attacks them brutally. The proceeding climax is a well-filmed chase scene between the misfit Alfred and the villain through the woods that leads to the much-anticipated revealing of Cropsy’s melted face - as well as a slight twist. 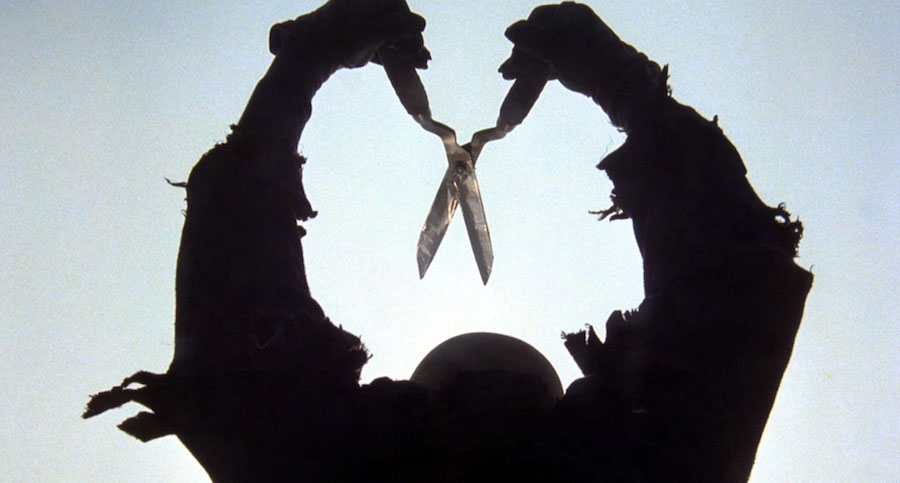 This slasher has all the hallmarks of the genre in a well-executed way. There is plenty of suspense, blood and nudity to keep the viewer interested. Similar with the iconic scores of Halloween and Friday The 13th, Progressive Rocker Rick Wakeman of the band Yes provides wonderful and weird atmospheric melodies on the keyboard that nicely juxtapose the horror and makes for a great soundtrack album. It is also notable for being one of the first releases of the Weinstein brother’s Miramax Films. Harvey Weinstein actually produced and conceived the story to which his brother co-wrote the screenplay. 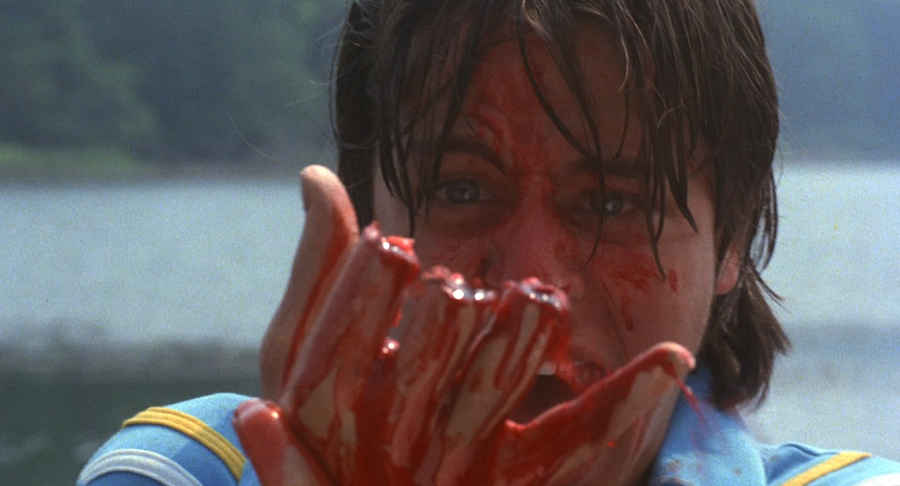 The Burning is an example of how the genre in the early 80s allowed up-and-coming actors and filmmakers to get their start in these inexpensive yet often profitable productions. Because of the talented cast, the realistic death sequences and the synth music The Burning deserves to be on the short list of other slasher classics along with Halloween, My Bloody Valentine, The Prowler and Friday The 13th. Check it out if you’re a fan of the genre.