The Brides of Fu Manchu

The Brides of Fu Manchu (1966, UK) is a Crime-Adventure film directed by Don Sharp. Part of the Fu Manchu Series. 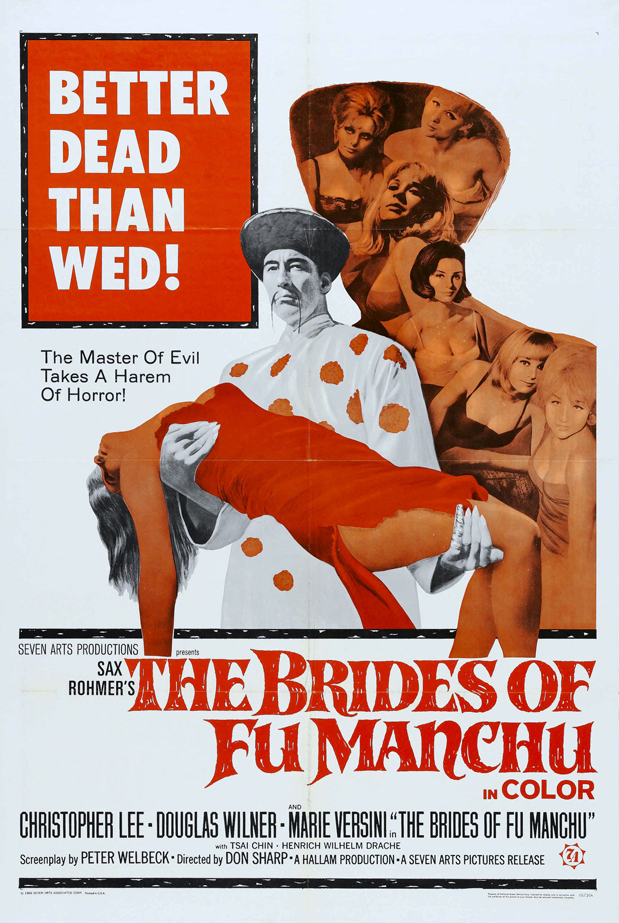 The Brides of Fu Manchu is the second film in a series, and was preceded by The Face of Fu Manchu. The Vengeance of Fu Manchu followed in 1967, The Blood of Fu Manchu in 1968, and The Castle of Fu Manchu in 1969. It was produced by Harry Alan Towers for Hallam Productions. Like the first film, it was directed by Don Sharp, and starred Christopher Lee as Fu Manchu. Nigel Green was replaced by Douglas Wilmer as Scotland Yard detective Nayland Smith. The action takes place mainly in London, where much of the location filming took place. In 1924 Fu Manchu, his army of henchmen and his vicious daughter Lin Tang are kidnapping the daughters of prominent scientists and taking them to his remote island, where he demands that the fathers help him to build a death ray, which he intends to use to take over the world. He plans to keep (even wed) the girls in question. But Fu's archenemy, Nayland Smith of Scotland Yard, is determined not to let that happen... (Wikipedia)