Difference between revisions of "The Basher Box Set (BluRay)" 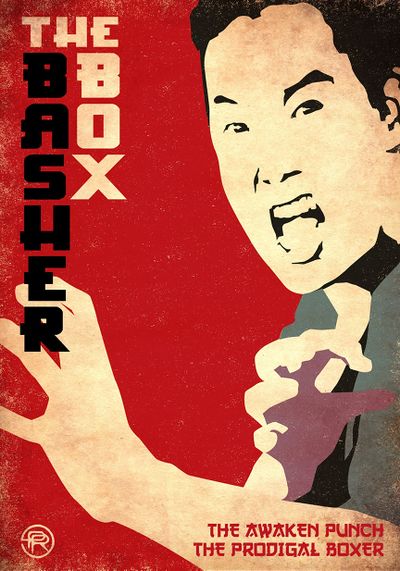 In a 1973 film that bares many similarities to Bruce Lee’s debut film The Big Boss, The Awaken Punch’s Henry Yu Yang plays an altruistic fighter who begins to build a name for himself as he violently cleans up a town from within its more seedier elements. But when he must abide by a promise to his dying father to give up his fighting ways, he will be faced with a new challenge in the arrival of the knife-throwing master Tien Feng (Fist of Fury) and his gang. With action from the legendary Yuen Woo Ping (Matrix, Crouching Tiger, Hidden Dragon) and a cameo from a young Jackie Chan and others, this basher is the epitome of the Punch and Block violence that began a long trend within Martial Arts cinema. The Prodigal Boxer (1972) is an early take on the legend of martial artist Fong Sai-Yuk (later to be portrayed by the likes of Jet Li and Alexander Fu-Sheng), here played by Mang Fei. Once Fong Inadvertently kills a student of the rival school run by Iron Hand Tan (Kurata Yasuaki), this action leads to a series of near death confrontations between the men concluding in a tournament battle of the ages. Choreographed by Shaw Brothers’ Lau Kar-Wing (the brother of the great Gordon Liu and Lau Kar Leung) this film represents the brawling style of the time as well as the genesis of the more stylistic Shapes trend of martial arts action that would soon follow.

NEW 4K Transfer of The Prodigal Boxer from a 35mm inter-positive • NEW 4k Transfer of The Awaken Punch from a 35mm negative • Audio Commentary on The Prodigal Boxer with actor/director Michael Worth and Clones Cast/Cinema Bushido host Matthew Whittaker • Creative Chaos: The Basher Genre: an interview with Michael Worth and Action Choreographer John Kreng • Original Theatrical Trailers to both films • Newly commissioned artwork from artist Bryan Meredith • Essay booklet on the Basher genre within Kung Fu Cinema History