The Aftermath (1982, USA) is a Post-Apocalyptic action-adventure film directed by Steve Barkett. 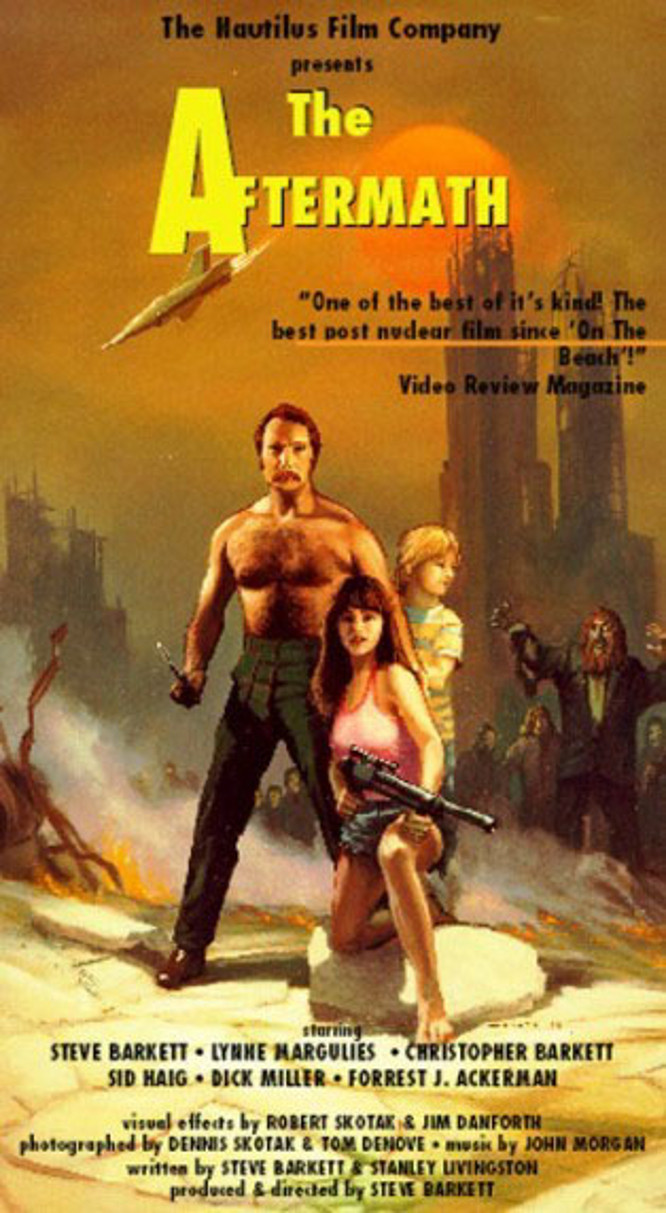 Three astronauts return to Earth after a nuclear holocaust, although one dies in a crash landing. The two survivors, Newman (Steve Barkett) and Matthews, encounter some mutants before discovering that Los Angeles has been completely destroyed. Seeking shelter, the men take refuge in an abandoned mansion. Newman later encounters a young boy, Chris, hiding in a museum with the curator (Forrest J Ackerman). When the curator passes away, Newman takes Chris under his care. While out seeking supplies one day, Newman and Chris encounter Sarah, who is running from a gang of outlaw bikers led by Cutter (Sid Haig). These survivors decide to fight this gang in this post-apocalypse wasteland. (Wikipedia)