The 36th Chamber of Shaolin/Review

The Shaw Brothers Studios made a huge amount of Asian Martial Arts movies. The 36th Chamber of Shaolin, starring Gordon Liu, is one of their greatest classics.

San Te (Gordon Liu) is a student. Normally, he lives in peace, but one day he witnesses a cruel General kill his father. After that, San Te becomes full of hate for the brutal system of the Generals and wants to learn Kung Fu with his brother at the Shaolin temple. But on their way there, the General finds them and kills San Te's brother. San Te is able to flee, but is wounded. On his way, after he has lost a lot of blood, he collapses, but he gets a ride on a Shaolin monk wagon, and he gets to the temple. Once there he wants to learn Kung Fu, but first he has to perform simple tasks for one year. After that he is goes into the "35 Chambers of Shaolin". He has to carry buckets of water, hit thick sacks with his head and has to practice with his feet, arms and train with weapons like swords. After setting a new record (all 35 chambers in only 5 years), San Te wants to create another chamber. But he isn't able to and the abbot says he has to leave the temple for a few days. 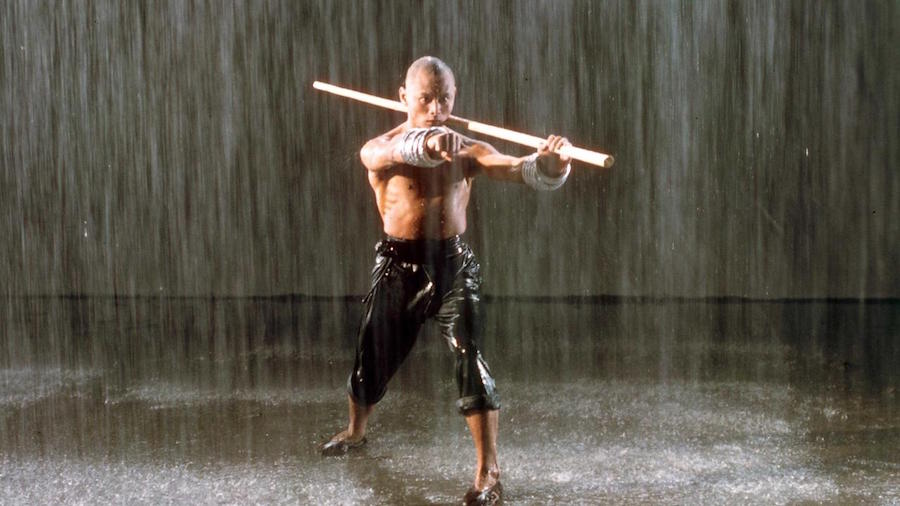 San Te sees how a man fights against five other man including the cruel General who killed his father. He helps the brave man fighting a small army and finally the other fighter on San Te's site kills the General with a sword. San Te wasn't able to do this himself, because monks are not killers. After San Te finds a few other men who could probably help him defeat the main General's army, he starts to fight them. First, San Te has a classic 1 against 20 fight and then he tests his skills with the General on a small mountain along with help from his new friends and students. After that, he opens the 36th chamber of Shaolin and teaches his friends in peace. 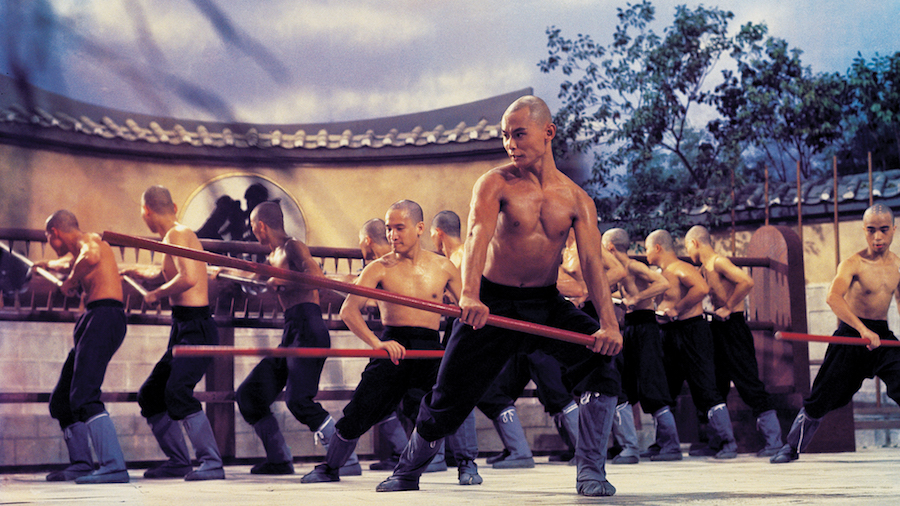 The 36th Chamber of Shaolin (originaly called Shao Lin san shih liu fang) is one of the most entertaining movies ever by the Shaw Brothers. There isn't as much blood like in Bo sau (1970) (aka Vengeance) and it is not a classic group film like Wu du (1978) (aka Five Deadly Venoms), but it opened a new subgenre in Martial Arts movies: The Kung Fu Training film. There are some real cool fight scenes and classic Shaw Brothers dialogue in the movie, but the main theme of this film is the training sequences in the Shaolin temple. And they are great! The atmosphere, the trademark Shaw-zooms, the cool music and the sympathetic acting of Gordon Liu will be a good time for Exploitation fans. The scenes in the temple are funny (for example the first chamber, where San Te is doing everything wrong), and they are sometimes very serious also (for example the carrying of water with the knives under the arms).

There is no deep meaning, no bloody Grindhouse violence. So why is the movie so good? Well, its just the cool and relaxed style of the film. And its really great to see the roots of Gordon Liu's career.