Difference between revisions of "The 3-D Nudie Cutie Collection (BluRay)" 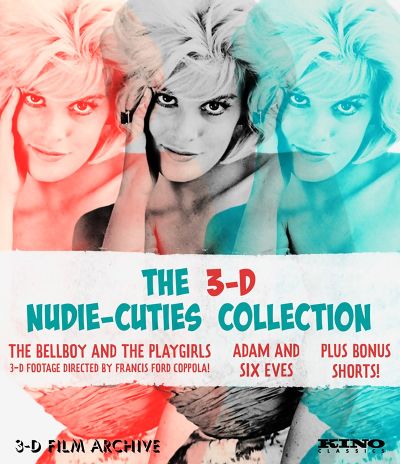 Nudie-Cuties were popular in grindhouse theaters in the early 1960s and the 3-D Film Archive has restored two rare features from this era of sexploitation.

The Bellboy and the Playgirls (1962): Starring June Wilkinson • With 3-D sequences directed by Francis Ford Coppola!