The 10th Victim (1965, Italy/France) is a Science Fiction film directed by Elio Petri 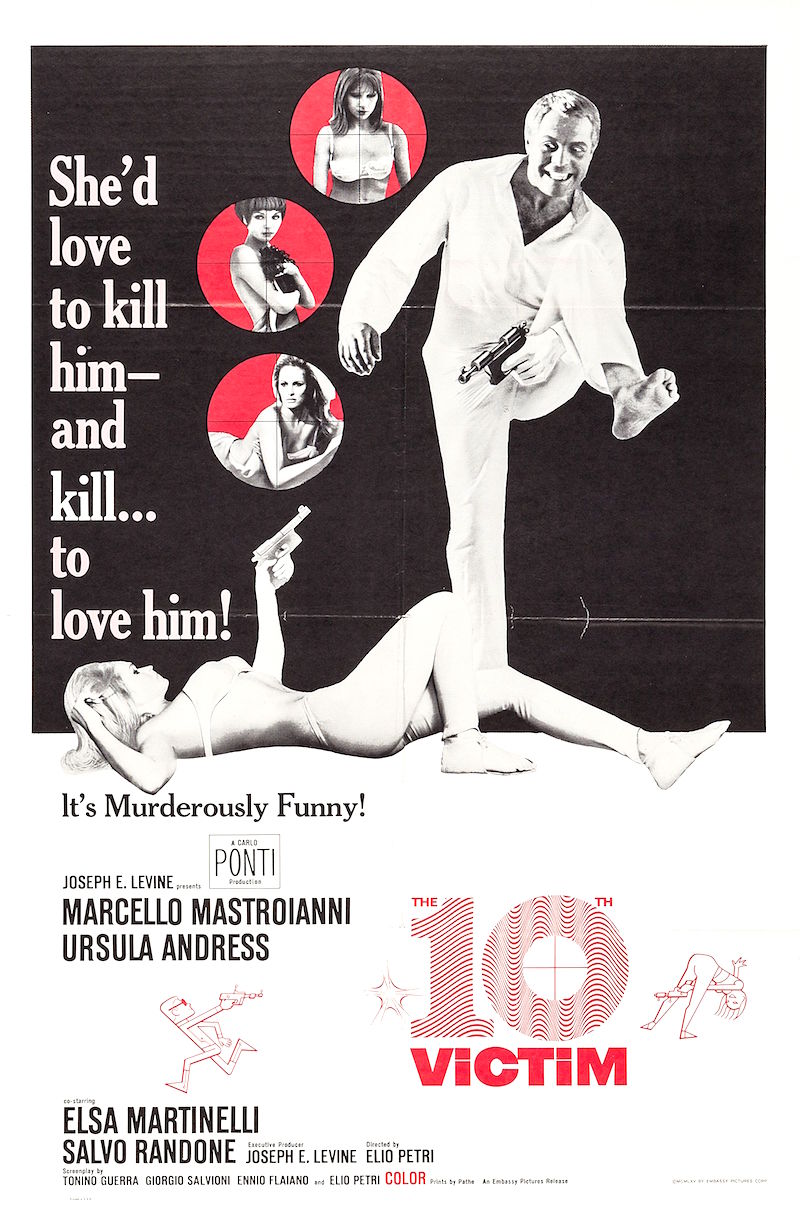 The picture is based on Robert Sheckley's 1953 short story "Seventh Victim". It depicts a government-endorsed, televised Big Hunt, featuring contestants from around the world acting as "hunters" and "victims"; when Marcello Poletti and Caroline Meredith, the game's two top assassins, are pitted against each other, they find that love is the most dangerous game of all. Sheckley later published a novelization of the film in 1966,[1] and two sequels (Victim Prime and Hunter/Victim) in 1987 and 1988, respectively.[2] In the United States, the film was theatrically released by Joseph E. Levine's Embassy Pictures.[3]

The original short story was written from the point of view of a man hunting his seventh target, a woman, whereas in the movie she is the hunter. He finds her apparently defenceless sitting in a cafe. Talking to her, she tells him how she is new to the game but could not bear to kill her own target, and now expects to die. The hunter falls in love with his victim, as in the movie, and eventually reveals who he is. She has tricked him; she shoots him, joining the ranks of the "Tens".