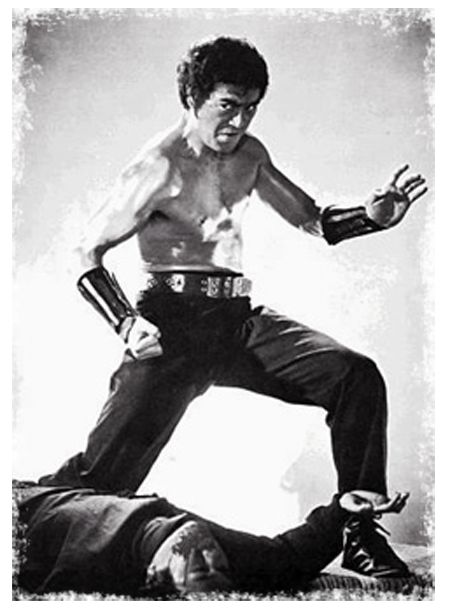 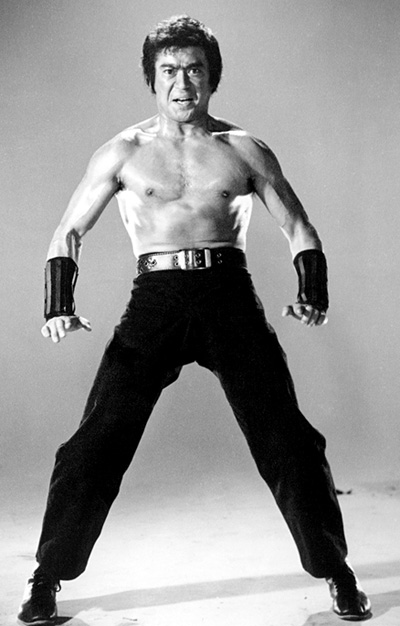 Takuma "Terry" Tsurugi is a fictional character portrayed by Sonny Chiba that appears in a trilogy of Japanese karate films (The Streetfighter, Return of The Streetfighter and The Streetfighter's Last Revenge). Tsurugi is a karate master and an assassin for hire. He is a half breed (half Chinese, half Japanese). He is known to have a very bad temper and is cruel to almost everyone. Tsurugi's parents were killed when he was a child, leaving Terry an orphan. When Terry began learning karate, he finally found his passion. He became a truly extraordinary student and sharpened his skills to an amazing degree.

Terry Tsurugi is a master of the Japanese martial arts most notably, karate. He is thought to be a Dyuku school member but he explains that he does not belong to any school. He also is skilled in applying special subdued breathing techniques, such as the time when he breaks a client named Junjo out of prison in the opening of The Streetfighter.

Terry Tsurugi is known as a "real mean bastard" and often has a hard time making friends. Most fear him, but he has two friends/sidekicks in his life. The first was "Ratnose" who is later tragically killed after trying to protect Terry from another assassin. The second is Kitty, a young hippie girl who helps Tsurugi in Return of The Streetfighter. Although Tokyo karate school president Kendo Masaoka fights Terry in the first film and is thought to be his enemy, the two have a karate match and Terry finds out that Masaoka knew/respected his father and is an honorable man himself. Terry then decides to leave him alone.

Terry's most notable enemy is the assassin/karate master Junjo. In the first film, Terry is hired to break Junjo out of jail, but after Terry gets in a fight with Junjo's brother (who tries to kick Terry and misses) causing him to fall out a window to his death, Junjo swears to avenge him and kill Terry. In a bloody battle Terry tears Junjo's neck open ruining his vocal chords. Junjo is believed to be dead but later reappears to fight Terry once again. It is revealed that due to his throat injuries, Junjo must use an electronic voice box to speak. Other enemies of Terry's include crime bosses Abdul Jadot, Kingstone, Otaguro and Don Costello.